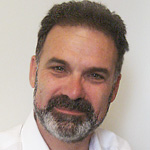 Lipitor, the blockbuster cholesterol-lowering drug, is now being sold as a less-expensive generic. Several other best-selling prescription drugs are set to lose patent protection this year, including Actos, a diabetes drug; Plavix, which helps prevent heart attacks and strokes; and Singulair, an important asthma drug. Although the lower price is great, some people worry that changing from a brand-name drugs to a “no-name” generic one might be risky. Not so, says Dr. Anthony Komaroff, editor in chief of the Harvard Health Letter. In the newsletter’s February 2012 issue, he tackles the brand-versus-generic issue. The FDA is legally required to determine that generic products are “bioequivalent” to brand-name drugs, which means that they produce similar blood concentrations of the same chemical. The vast majority of studies show that generic versions are just as safe and effective as their brand-name counterparts. 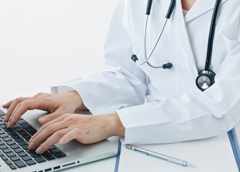 As paper medical records give way to electronic health records, it is becoming increasingly possible to view your medical history. Yet experts are debating whether the electronic health record should include the notes that doctors make in them. The Open Notes project is designed to test the consequences of giving patients access to doctors’ notes. Results of a survey of the expectations that doctors and patients have for note sharing, reported in the Annals of Internal Medicine, suggest that while physicians are generally optimistic about doing this, many believe it could cause patients to worry or generate unnecessary questions. Patients who filled out the survey thought that seeing their doctor’s notes would provide a clearer understanding of their medical condition, improve self-care, and give them a greater sense of control.

It’s more than just a few flecks. President Barack Obama, who turned 50 in August, is definitely going gray. He’s said the color change runs in his family and has mentioned a grandfather who turned gray at 29. Dr. Michael Roizen, of RealAge.com fame, says presidents age twice as fast as normal when they’re in office. Not so, says new study of presidential longevity. According to an article in the Journal of the American Medical Association, there’s no evidence that American presidents die sooner than other American men of their time. In fact, quite the opposite: most of them lived long lives and beat the longevity expectations for their time. Seven of the first eight presidents lived to a ripe old age, with average life spans of 81.5 years. These men probably had some inborn hardiness, as well as fortunate circumstances. 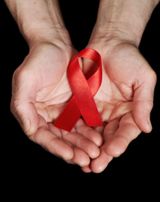 On the 13th annual World AIDS Day, there’s cause for hope. The epidemic seems to have peaked. Drug therapy has turned HIV/AIDS into a manageable chronic disease. Drug therapy appears to prevent transmission of HIV from infected to uninfected individuals. And HIV cures are under investigation. Yet there is also cause for continued alarm. The AIDS epidemic is far from over, and the downward trends in infection rates could plateau or head up if prevention and treatment efforts slack off. The overalI trends don’t apply to everybody. In the United States, new HIV infections are still increasing among young black men, both gay and bisexual. And despite all the research into HIV and over two dozen ongoing trials of candidate agents, there’s still no HIV/AIDS vaccine.

Some medications are well known for being risky, especially for older people. Certain antihistamines, barbiturates, muscle relaxants—take too much of them, or take them with certain other medications, and you can wind up in serious trouble (and possibly in the back of ambulance). But researchers from the federal Centers for Disease Control and Prevention (CDC) […]

If exercise is good medicine, then yoga is, too. Research published recently suggests that yoga can be a useful therapy for lower back pain. An article in the November 2011 Harvard Health Letter indicates that yoga may also be a good way to keep feet strong and flexible, and so prevent falls. It can also help people who suffer from migraines. In The Migraine Solution, which will be published in January by Harvard Health Publishing and St. Martin’s Press, coauthor Paul B. Rizzoli, M.D., says that yoga can be a useful treatment for migraine because it is widely available, affordable, and very likely has benefits beyond migraine.

The manslaughter trial of Michael Jackson’s personal physician, Dr. Conrad Murray, focused a lot of attention on a powerful anesthetic agent called propofol. Propofol is sometimes called the “milk of anesthesia” because it comes in a white, oily solution. Propofol is used as an induction agent—the drug that causes loss of consciousness— for general anesthesia in major surgery. Propofol is also a very good anesthetic for milder sedation used for outpatient surgery because it puts people in a semi-conscious, drowsy state. It starts acting quickly, but also wears off quickly. Like many sedating anesthetics, propofol lowers blood pressure and suppresses breathing, so the heart function and breathing of patients need to be constantly monitored. With a lot of propofol around, opportunities exist for abuse, with possibly fatal consequences.

Two new studies, one from the United Kingdom and one from Seattle, show that people with lower back pain may get some relief by regularly doing yoga. In the British study, yoga classes were more effective than standard care at improving “back function,” meaning it reduced back-related problems that interfered with everyday activities like walking, standing, climbing stairs, and so on. In the Seattle study, yoga was just as good as special stretching classes designed for people with low back pain. In the real world, it’s probably easier to find a yoga class than a stretching class designed specifically for low back pain. While yoga is generally safe, if you want to use it to treat something like low back pain, talk it over with your doctor first—in both studies, yoga made back pain worse for a small percentage of people.

Americans are taking antidepressants in astounding numbers. According to a report released yesterday by the National Center for Health Statistics (NCHS), the rate of antidepressant use in this country among teens and adults (people ages 12 and older) increased by almost 400% from the early 1990s to the mid 2000s. The federal government’s health statisticians figure that about one in every 10 Americans takes an antidepressant. Antidepressants were the third most common prescription medication taken by Americans in the study period. Antidepressant use was higher in women than men, and in whites than blacks or Hispanics.

Alzheimer’s disease is a “disease of behaviors” that can wear down family and loved ones. In a talk called “Dementia and Cognitive Decline (Aging Gracefully)” Barbara Moscowitz, coordinator of geriatric social work for the Geriatric Medicine Unit at Harvard-affiliated Massachusetts General Hospital, offered helpful insights and tips into caring for people with Alzheimer’s disease. Moscowitz drew not only her 30 years of professional experience, but also on the personal experience of helping take care of her mother, who suffered from dementia the last several years of her life.