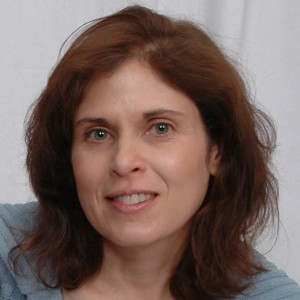 Nancy Ferrari is Managing Director and Executive Editor at Harvard Health Publishing and a former editor of the Harvard Heart Letter. Before joining Harvard Health, Nancy was Manager of the Clinical Publications Program at Harvard Pilgrim Health Care. She began her work at HPHC as a women's health writer creating patient education materials for ob/gyn and primary care practices. Nancy's writing and editing experience includes work at the Massachusetts Institute of Technology, where she worked at the Journal of Science, Technology, and Human Values, the MIT Communications Office, and where she edited a conference proceeding on energy and the environment.

Consumers are barraged by ads for prescription drugs on television and in print. Twenty years ago, people who knew the names of the drugs available for their health conditions, and knew to ask for new drugs by name, were few and far between. But today, direct-to-consumer ads encourage patients to ask their doctors for new (and often pricey) medications. While it isn’t bad to inform people about new and potentially better medications, this tidal wave of advertising has a downside. Potential side effects and risks are not always completely and plainly explained and the cost of these drugs is often not made clear. While it is fine to ask your doctor about a drug you’ve seen on TV or elsewhere, be aware that a new medicine is not necessarily a better medicine — or the right one for you.

Spending less time sitting and more time standing lowers blood sugar, cholesterol, and weight — all of which translates into a lower risk for heart disease. So says a study of Australian adults published in the July 30 issue of the European Heart Journal. Every two hours a day spent sitting was associated with an increase in weight and waist size, as well as in levels of blood sugar and cholesterol. As you might expect, time spent walking rather than sitting not only lowered cholesterol and blood sugar levels, but also reduced waist size and weight. Simply substituting two hours of standing for sitting also improved blood sugar and cholesterol levels. By making slight changes in your lifestyle to incorporate more standing, you could add important health benefits.

On Marathon Monday, thousands of runners will start in Hopkinton, Mass., and finish in Copley Square. Some will glide along, some will lope, and others will shuffle. No matter how they run, or how fast they run, running the Boston Marathon is something special. Here are a few tips to make the Boston Marathon your marathon. 1) Never wear something on marathon day you haven’t worn for a distance run before. 2) If family or friends will be watching you along the route, try to know in advance where they will be. 3. “The wall” is real so have a plan. 4. Try to take in the atmosphere. 5. Enjoy the camaraderie.

According to conventional medical wisdom, menopause-related hot flashes fade away after six to 24 months. Not so, says a new study of women going through menopause. Hot flashes and related night sweats last, on average, for about seven years and may go on for 11 years or more. The new estimates of the duration of these symptoms come from the Study of Women’s Health Across the Nation (SWAN), a long-term study of women of different races and ethnicities who are in the menopausal transition. The “reality check” the SWAN study provides on hot flashes should encourage women to talk with a doctor about treatment options. These range from estrogen-based hormone therapy to other medications and self-help measures.

Getting to a healthy weight and staying there isn’t always easy. Many complicated diets offer solutions. A study published in today’s Annals of Internal Medicine suggests that something as simple as aiming to eat more fiber each day can be just as good as a more complicated diet. In a head-to-head study of a simple diet (eat more fiber) and a complex one (eat more fruits, vegetables, high-fiber foods, fish, and lean protein but also cut back on salt, sugar, fat, and alcohol), participants lost almost the same amounts of weight on either diet. Both diets led to similar improvements in blood pressure the body’s response to insulin. The results of the study don’t prove that a high-fiber diet is necessarily as good (or better) for health than the AHA diet or the highly in-vogue Mediterranean diet. But it does suggest that one simple step can make a difference and that encouraging healthy behaviors may be more effective than discouraging unhealthy ones.

Enterovirus D68 is a respiratory infection that has been spreading across the country and making some children quite ill. It is especially problematic for kids with asthma or other respiratory issues. Enterovirus D68 can start out looking like a garden variety cold but lead to serious trouble breathing. What’s a parent to do? The same things he or she would normally do during cold and flu season: hand washing, staying away from people who are sick, regularly cleaning common surfaces like doorknobs, not sharing cups and utensils, and coughing or sneezing into the elbow, not the hands. Those who have children with asthma need to be extra vigilant about their child’s asthma care routine. Most upper respiratory infections are the simple cold. Still, it’s important to stay alert for signs of breathing difficulties.

When back pain strikes, all you want is relief—as quickly as possible. Many folks turn to over-the-counter pain relievers to help take the edge off and keep them moving. Acetaminophen and non-steroidal anti-inflammatory drugs, or NSAIDs (ibuprofen, naproxen, aspirin), are common and reasonable choices. Australian researchers tested how well acetaminophen worked for back pain that comes on suddenly (so-called acute back pain). Not much, it turned out. Among people who took acetaminophen as needed or on a three-times-a-day schedule, it took about 17 days for the pain to go away completely. Among those who took a placebo, it took 16 days. Does this mean that you shouldn’t bother to use acetaminophen for back pain? Not necessarily. But it might be worth trying cold, heat, and light physical activity.

Telling the difference between run-of-the-mill sore throat caused by a virus, which doesn’t require medication, from bacteria-caused strep throat, which should be treated with antibiotics, is a tricky thing at any age. Physicians from Harvard Medical School, MIT, and the Skaggs School of Pharmacy in California have come up with a scoring system that could save adults a trip to the doctor for what would most likely turn out to be a garden variety sore throat (it hasn’t been tested in kids yet). It’s based on symptoms, age, and the percentage of people in your area who have tested positive for strep within the last two weeks. If your score is high, then head to your doctor’s office. If it indicates that you are unlikely to have strep, there’s little need for you to rush in for an exam or throat culture. The researchers estimate that use of this kind of score could prevent 230,000 office visits in the United States each year and keep 8,500 men and women from getting antibiotics they don’t need.

The other day I saw a mother hand an iPhone to a young baby in a stroller. I cringed because it made me think of how much time my young kids spend on the iPad and in front of the TV. It’s a dilemma for parents. Is it okay to let your daughter play with your phone so you can get five minutes of quiet in a restaurant, or will that permanently scuttle her attention span? Ann Densmore, Ed.D., an expert in speech and language development and co-author of Your Successful Preschooler, offers some practical advice for parents. “Screen time is here to stay for young children and we can’t stop it,” she told me. “The world is now inescapably online and digital. Even schools are replacing textbooks with iPads and digital texts. So moms and dads really need to figure out what’s right for their families.”