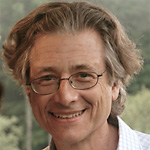 Michael Craig Miller, M.D., was Editor in Chief of the Harvard Mental Health Letter from August 2000 to March 2012. Published monthly, the Harvard Mental Health Letter was read widely by professionals and non-professionals alike. Dr. Miller's writing on mental health topics has appeared in Newsweek, the Boston Globe and in syndicated articles that appear in newspapers nationwide. He has appeared as a commentator on the Today Show, The Martha Stewart Show, ABC News, CNN, and NPR and for media outlets in the Boston area. In practice for more than 30 years, Dr Miller is a member of the faculty of Harvard Medical School and on the medical staff at Boston's Beth Israel Deaconess Medical Center.

The U.S. Preventive Services Task Force recently updated their guidelines on screening for depression. This time around, they recommended widespread screening through primary care practices, plus gave special attention to women who are pregnant or recently gave birth. These matter-of-fact, achievable guidelines and goals have the potential to reap enormous health benefits.

Many people believe that the human tendency to want to act for the greater good is rooted in kindness. But research suggests that altruism may have evolved alongside the impulse to condemn and even chasten those put self-interests first. 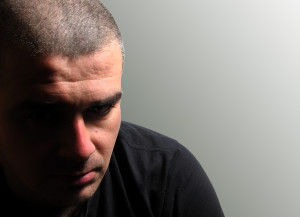 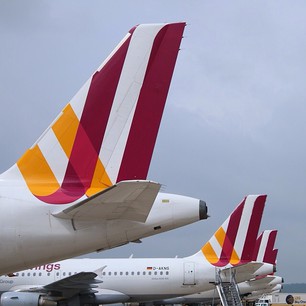 The tragic story of copilot Andreas Lubitz, the man who apparently crashed Germanwings flight 9525 into the Alps in an act of suicide and murder, demonstrates the opaqueness of mental illness. It is difficult to know when a person is struggling with private psychological and emotional pain that might lead to dangerous or destructive behavior. All of us tend to keep our thoughts, especially our most disturbing ones, to ourselves. Even when encouraged to speak those thoughts aloud — to a mental health professional, for example — it is very difficult to do so. This tragedy will likely spark calls for increased scrutiny of pilots. That’s not necessarily a bad thing, but it could lead to the unintended and undesirable consequence that pilots will become even more wary of seeking help. To honor the lives lost will require policies that protect the public while not being punitive to pilots.

Millions of baseball fans will tune in tonight for the opening game of the World Series. Boston Red Sox versus St. Louis Cardinals. Sportswriters are saying it will be an interesting series between two well-matched teams. Football fans have it easy. They have to sit through just one big game to decide the year’s champion. For us baseball fans, it could take seven games spread over nine days to determine this year’s champion. That means fans need to approach the series as a marathon, not a sprint. Pay attention to sleep, exercise, food, alcohol, and emotions. The Red Sox and Cardinals are two very likable teams. Commentators point out that these guys play the game the “right way.” The players themselves say it’s going to be fun. Let’s see if we fans can remember that baseball is a game. This World Series should be fun to watch. Whoever you’re rooting for, have fun watching.

For many people, a late-night “snack” is a daily habit. There are two types of nighttime eating disorders. Sleep-related eating disorder is a highly-publicized though uncommon malady. People with this problem eat while sleepwalking or while in a twilight state between sleep and wakefulness. A better-documented problem is night eating syndrome, in which people do the majority of their eating late at night. It may affect 1 or 2 out of 100 people in the general population. Sleeping and eating are almost certainly connected, given the link between lack of sleep and weight gain. So getting plenty of sleep may be a helpful substitute for nighttime trips to the refrigerator. Being mindful of the problem and trying to identify its triggers, or stress-reduction techniques, may help avert trips to the refrigerator. Some people benefit from talk therapy. 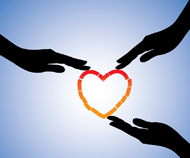 The bombs that exploded on Monday near the finish line of the Boston Marathon killed three people, physically injured nearly 200 others, and traumatized thousands more. Recovery and healing are beginning for the families of those who died, for the injured and their families, and for others touched by this tragedy. For some, healing will be swift. For others it will be measured in small steps over months, and possibly years. The Marathon explosions will leave a legacy of emotional scars along with the physical ones, even among those who weren’t anywhere near the blasts. Some people who were at the scene of the explosions will undoubtedly develop post-traumatic stress disorder (PTSD). But PTSD is not the only response to frightening events. In fact, most people exposed to a trauma do not develop this condition. They may develop an anxiety disorder, for example, or become depressed. Most people do have some emotional response, but the majority develop no illness at all.

The term “chocoholic,” usually said with a smile, actually nods to a potentially serious question: can a person become addicted to food? There are three essential components of addiction: intense craving, loss of control over the object of that craving, and continued use or engagement despite bad consequences. People can exhibit all three of these in their relationships with food. It’s most common with foods that deliver a lot of sugar and fat — like chocolate — because they trigger reward pathways in the brain. In some animal studies, restricting these foods induced a stress-like response consistent with the “withdrawal” response seen in addiction. Much of the scientific discussion about food addiction has been sparked by the epidemic of obesity sweeping the U.S. and many other countries. Many people who are overweight crave food, lose control over eating, and experience negative health effects that should, but don’t, serve as a deterrent. The influence of stress on eating provides another link between food and addictive behavior.

December 21st marks the shortest daytime of the year in the northern hemisphere. Although the winter solstice marks a seasonal turning point, with daylight getting incrementally longer from here until June 21, for people with seasonal affective disorder it’s just another day of feeling lousy. People with this condition lose steam when the days get shorter and the nights longer. Symptoms of seasonal affective disorder include loss of pleasure and energy, feelings of worthlessness, inability to concentrate, and uncontrollable urges to eat sugar and high-carbohydrate foods. Although they fade with the arrival of spring, seasonal affective disorder can leave you overweight, out of shape, and with strained relationships and employment woes. A unique approach to this problem is the use of light therapy. It involves sitting near a special lamp that emits bright light for 30 minutes a day as soon after waking up as possible.

The Thanksgiving holiday began, as its name implies, when the colonists gave thanks for surviving their first year in the New World and for a good harvest. Nearly 400 years later, we’re learning that the simple act of giving thanks is not just good for the community but may also be good for the brain and body. Gratitude helps people refocus on what they have instead of what they lack. By acknowledging the goodness in their lives, expressing gratitude often helps people recognize that the source of that goodness lies at least partially outside themselves. This can connect them to something larger—other people, nature, or a higher power. In the relatively new field of positive psychology research, gratitude is strongly and consistently linked to greater happiness. Although some people may be born with a gift for expressing gratitude, anyone can learn how to do it. And this mental state grows stronger with use and practice. Here are some ways to cultivate gratitude.