Lloyd Resnick was editor of the Harvard Heart Letter from August 2011 to May 2012. Before coming to HHP, LLoyd worked for the Massachusetts Medical Society in various capacities, notably as managing editor of HealthNews. A devoted dog aficionado, Lloyd was once the editor of Whole Dog Journal, a still-going-strong newsletter for dog owners.

Americans share their households with an estimated 140 million dogs and cats. For the truly pet-centric among us, these creatures are family members, plain and simple. And like family members, they can transmit disease to their humans, either directly through licks, bites, and scratches; indirectly by carrying other infection-laden critters like fleas and ticks into the human environment, or by shedding tiny infectious organisms into the environment through feces. As a group, these diseases are called zoonoses. Practicing good hand washing and other common-sense personal hygiene measures, and giving your pets good veterinary care, will further reduce the already low risk of getting an unwanted ailment courtesy of your “best friend.”

Active-play videogames, also known as exergames, are a high-tech approach to fitness that could help some people become more active and stay that way. As described in the March 2012 Harvard Heart Letter, exergames offer muscle-strengthening workouts, balance and stretching games, aerobic exercises and dancing, martial arts, and simulated recreational activities such as golf, skiing, and more. Current exergames deliver moderate workouts at best. Some fitness and senior centers now incorporate exergames into their facilities. For a home system, you’ll probably spend about $250 for the basics — console, accessories such as handheld controls or balance board, and software.

A bold initiative called Million Hearts aims to prevent one million heart attacks and strokes from happening over the next five years. As explained in the Harvard Heart Letter, the initiative is spearheaded by the federal Centers for Disease Control and Prevention (CDC) and the Centers for Medicare and Medicaid Services. Its main focus is to encourage more widespread and appropriate use of simple, effective, and inexpensive heart-protecting actions, dubbed the ABCS. These include taking daily low-dose Aspirin, if prescribed; managing Blood pressure and Cholesterol levels; quitting Smoking. The Harvard Heart Letter adds D for Diet and E for Exercise.

New guidelines for from the American Academy of Pediatrics recommend that all kids between the ages of 9 and 11 have their LDL (bad) cholesterol levels checked. The rationale is that atherosclerosis (the fatty gunk in arteries that causes heart attacks, strokes, and other serious problems) starts during youth. Atherosclerosis is fed by high LDL. The guidelines aren’t aimed at getting kids to take cholesterol-lowering statins. Instead, they are about getting kids, their parents, and their doctors to talk about making healthy lifestyle choices. The hope is that more doctor time spent coaching and counseling now will mean less time treating cardiovascular disease later. 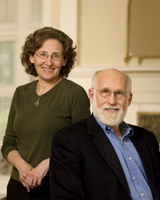 How do people make decisions about their health and medical treatment? Husband and wife doctor team Jerome Groopman and Pamela Hartzband, both faculty members at Harvard Medical School and physicians at Beth Israel Deaconess Medical Center, explore this topic in a new book called Your Medical Mind. They say three basic influences drive our medical decisions: our mindset or general approach to medical matters, numbers (medical data and how they are presented), and stories. Groopman and Hartzband interviewed scores of patients to arrive at general mindsets that shape medical decisions: maximalists and minimalists, naturalists and technologists, believers and doubters. These mindsets can change in the face of new numbers, well-framed advice from physicians, compelling stories from friends and family, and direct-to-consumer advertising.

Most Americans fall back from daylight savings 2011 during the wee hours of Sunday morning, November 6. Although the time change can be discombobulating, our hearts like it better than springing ahead. One study showed fewer heart attacks on the Monday after the end of daylight savings time in the fall; the opposite happens in the spring. Getting, or losing, that extra hour of sleep may explain the differences. Ways to ease into the time change include going to bed and waking up at the same time as usual, and getting some sunlight on Sunday as soon as you get out of bed.

Thirty-five years ago, Dr. Herbert Benson defined and tested the relaxation response. This simple method for quieting brain activity slows the body’s processes and induces a feeling of well-being. Both have measurably positive effects on disorders caused by stress or made worse by it, including high blood pressure, abnormal heart rhythms, and many digestive disorders. In a recent lecture at Harvard Medical School, Dr. Benson described the technique and talked a crowd through it. Inducing the relaxation response is simple: Sit in a quiet place with your eyes closed. Relax your muscles and silently repeat a word, phrase, sound, or short prayer of your choosing over and over. When stray thoughts interfere (as they will), let them come and go and return to your word, phrase, or sound. Doing this daily can help ease stress.

About 10% of women who have heart attacks seem to have clear, unblocked arteries. They don’t, really. Instead, they have a problem inside tiny arteries supplying the heart muscle, called microvessels. Traditional diagnostic tests can’t “see” into microvessels. In larger coronary arteries, the buildup of cholesterol-filled plaque creates distinct bulges that narrow the vessel at a particular spot, reducing blood flow. In microvessels, plaque uniformly coats the inner layer. This reduces the space for blood flow and makes the arteries stiff and less able to expand in response to exercise or other stress. Researchers are still trying to determine the best ways to diagnose and treat microvessel disease. Talking to cardiologists at Harvard-affiliated Brigham and Women’s Hospital, Dr. C. Noel Bairey Merz said that the erectile dysfunction drug Viagra (sildenafil), which was originally developed to improve blood flow to the heart, is being tested as one possible therapy.