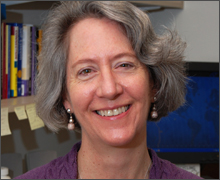 Ann MacDonald was the editor of the Harvard Mental Health Letter from October 2007 to January 2012. She has also written several editions of the Harvard Medical School Annual Report on Prostate Disease. Before working at HHP, Ann ran her own medical communications business. Previously, she served as eastern regional director for the National Alliance on Mental Illness. She became interested in mental health after her brother was diagnosed with schizophrenia in the late 1980s. Ann earned a B.A. in politics and women’s studies at Brandeis University.

The U.S. Preventive Services Task Force is expected soon to release an updated statement on PSA (prostate-specific antigen) testing for men, recommending for the first time that healthy men avoid getting regular PSA tests. This is big news, as the PSA test is one of the most common prostate cancer screening tests around.

Perfectionism has a dark side—it is often seen as obsessive and sometimes pathological. But it has a bright side, too. Desirable aspects of this personality trait include conscientiousness, endurance, satisfaction with life, and the ability to cope with adversity. This helps explain why some perfectionists become corporate leaders, skilled surgeons, or Olympic champions. In his new book, The Perfectionist’s Handbook, Dr. Jeff Szymanski describes how to become a better perfectionist—by building on the strengths of this quality and learning to minimize its drawbacks. A key step in becoming a better perfectionist is to learn how to turn mistakes into strategic experiments, says Szymanski, a clinical instructor of psychology at Harvard Medical School and executive director of the International OCD Foundation.

Are you worried that certain rituals might be obsessive or compulsive? If they aren’t interfering with your ability to function, relax. It’s obsessive-compulsive disorder (OCD) only when obsessions and compulsive behavior become so severe that they interfere with your ability to work or have relationships. These behaviors help people with OCD deal with overwhelming feelings of anxiety that are usually triggered by intrusive images and thoughts, explains Dr. Jeff Szymanski, a clinical instructor in psychology at Harvard Medical School and author of The Perfectionist’s Handbook, which will be published in September. A combination of medications and psychotherapy can help many people with OCD live more balanced lives. A mainstay of treatment is called exposure and response prevention—a sort of “face your fears” therapy.

A symposium on complementary and alternative medicine put on by Massachusetts General Hospital’s Mood and Anxiety Disorders Institute indicates that a handful of so-called natural supplements may be worth trying against depression and other mood disorders. The symposium focused on several for which there is good evidence. These include omega-3 fats, St. John’s wort, maca root, and valerian. Just because these remedies come from plants and animals doesn’t automatically mean they are safe. Herbal remedies have unwanted side effects and can interact with medications just like antidepressants and other drugs do. Talk with your doctor before trying any alternative approach, especially if you take any medications.

New government statistics show that there are nearly 12 million cancer survivors in the United States. In many ways this is terrific news, and a testament to improved diagnosis and treatment options. But there’s a flip side to surviving cancer, and many survivors are never totally “free” of the disease. The ongoing psychological and emotional issues can be almost as much a challenge as cancer treatment was. Harvard Health editor Ann MacDonald explores the ongoing fear of recurrence, survivor guilt, the “Damocles syndrome,” and more.

Your perception of risk depends on many factors, including whether the risk is natural or man-made, imposed or voluntary, and how it affects you and your family. Harvard Health editor Ann MacDonald explains why Japan’s radiation crisis from earthquake-damaged nuclear power plants makes us worry on many levels.

When a fellow shopper suddenly collapsed in the grocery store, Harvard Health editor Ann MacDonald couldn’t exactly remember how to do CPR, even though she took a class some years ago. She knows now how to help when someone is having a sudden cardiac arrest. Her post offers basic instruction and resources for getting prepared.

Teenagers and young adults who use marijuana may be messing with their heads in ways they don’t intend. Ongoing research shows a possible link between early use of marijuana and later development of psychosis or schizophrenia. 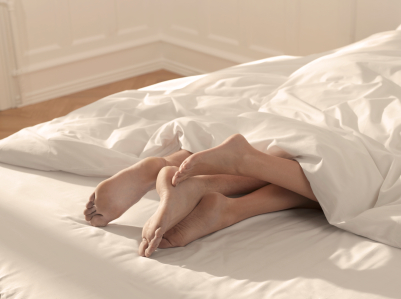 Health problems, or treatments for them, sometimes thwart sexual desire and sexual function. There may not be a quick fix for health-related sexual problems, but there are things you can do to enjoy your love life while taking care of the rest of your health.