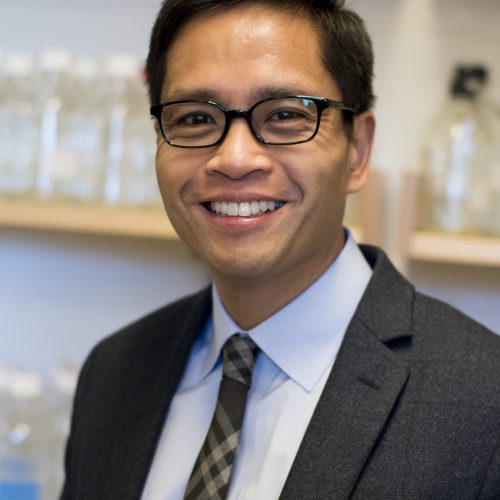 Andrew T. Chan, MD, MPH is a Professor of Medicine at Harvard Medical School (HMS), Chief of the Clinical and Translational Epidemiology Unit, and the Program Director for gastroenterology training at Massachusetts General Hospital (MGH). As a clinical gastroenterologist, Dr. Chan specializes in familial gastrointestinal cancer syndromes and cancer prevention. Dr. Chan is a leading investigator in the epidemiology of colorectal cancer and other digestive diseases, with a focus on chemoprevention with aspirin and the interaction of diet with the gut microbiome. An elected fellow of the American Society of Clinical Investigation, he currently supported by NCI, NIDDK, and the Crohn’s and Colitis Foundation for his research. He has published over 400 papers in the field of colorectal cancer and other chronic digestive diseases in leading journals, including the New England Journal of Medicine, Journal of the American Medical Association, Lancet, Science Translational Medicine, Gastroenterology and Gut. Dr Chan is a section editor for Gastroenterology, serves on the editorial board of Cancer Prevention Research and Cancer Epidemiology Biomarkers and Prevention, and is vice-chair of the Gastrointestinal Oncology Section of the AGA.

In the last decade, overall rates of colorectal cancer have been falling among the general population in the US. However, African Americans are more likely to develop colorectal cancer at younger ages, and to die from it. The reasons for this disparity are unclear, but they are rooted in socioeconomic and racial inequities.

Screening for colorectal cancer can lower mortality, but it varies in effectiveness and is not always possible to perform, so alternatives are needed. Researchers analyzing studies found evidence for regular use of low-dose aspirin, leading the US Preventive Services Task Force to recommend it for some people.