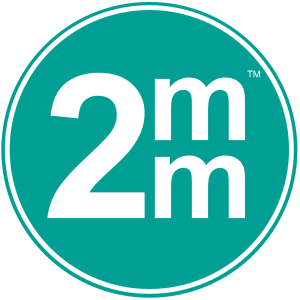 2 Minute Medicine® is an independent, physician-led medical media group that produces original, curated reports on the latest high-impact medical studies for the public, physicians and health professionals. The organization retains strong ties with top hospitals and medical schools around the world, from which their over 70-person editorial team of practicing health professionals hail. Select content published by 2 Minute Medicine appears periodically on Harvard Health Publishing to further facilitate the distribution of the latest medical news to the public. You can view their daily medical reports and thousands of others at www.2minutemedicine.com. (2 Minute Medicine® is a registered trademark of 2 Minute Medicine, Inc. All rights reserved. Used here with permission.)

If you are a sociable soul, here’s some interesting news about exercising with others: A study published online in the British Journal of Sports Medicine shows that being part of an outdoor walking group can improve health in many ways, including improvements in blood pressure, resting heart rate, total cholesterol, body weight, body fat, physical functioning, and risk of depression. In addition, people who were part of a walking group tended to keep exercising and not slack off. The findings are interesting because walking group participants reaped health benefits even though many of the groups did not meet international guidelines for moderate activity. This supports the idea that any activity is better than none.

According to one persistent Internet myth, women who wear bras are more likely to develop breast cancer. Not true, says a study published online in the journal Cancer, Epidemiology, Biomarkers, and Prevention. In a study of more than 1,500 women, researchers from the Fred Hutchinson Cancer Research Center in Seattle found no links between risk of two common types of breast cancer — invasive ductal carcinoma or invasive lobular carcinoma — and any aspect of bra wearing, including cup size, use of a bra with an underwire, age at first bra use, and average number of hours per day a bra was worn. This may not be the last word on the subject, since the Fred Hutchinson study represents only the second to look at the connection between bra use and breast cancer. But until other findings appear, women worried that wearing a bra might cause cancer have one less thing to worry about.

People who want to follow a healthy diet sometimes need a little help knowing where a meal or snack falls on the healthfulness scale. Several apps let you snap a photo of what you’re about to eat and post it for all to see — and rate. And though many of the “raters” are regular folks without training in nutrition, a new study shows they do a pretty good job gauging whether foods are likely to make you fitter or fatter.