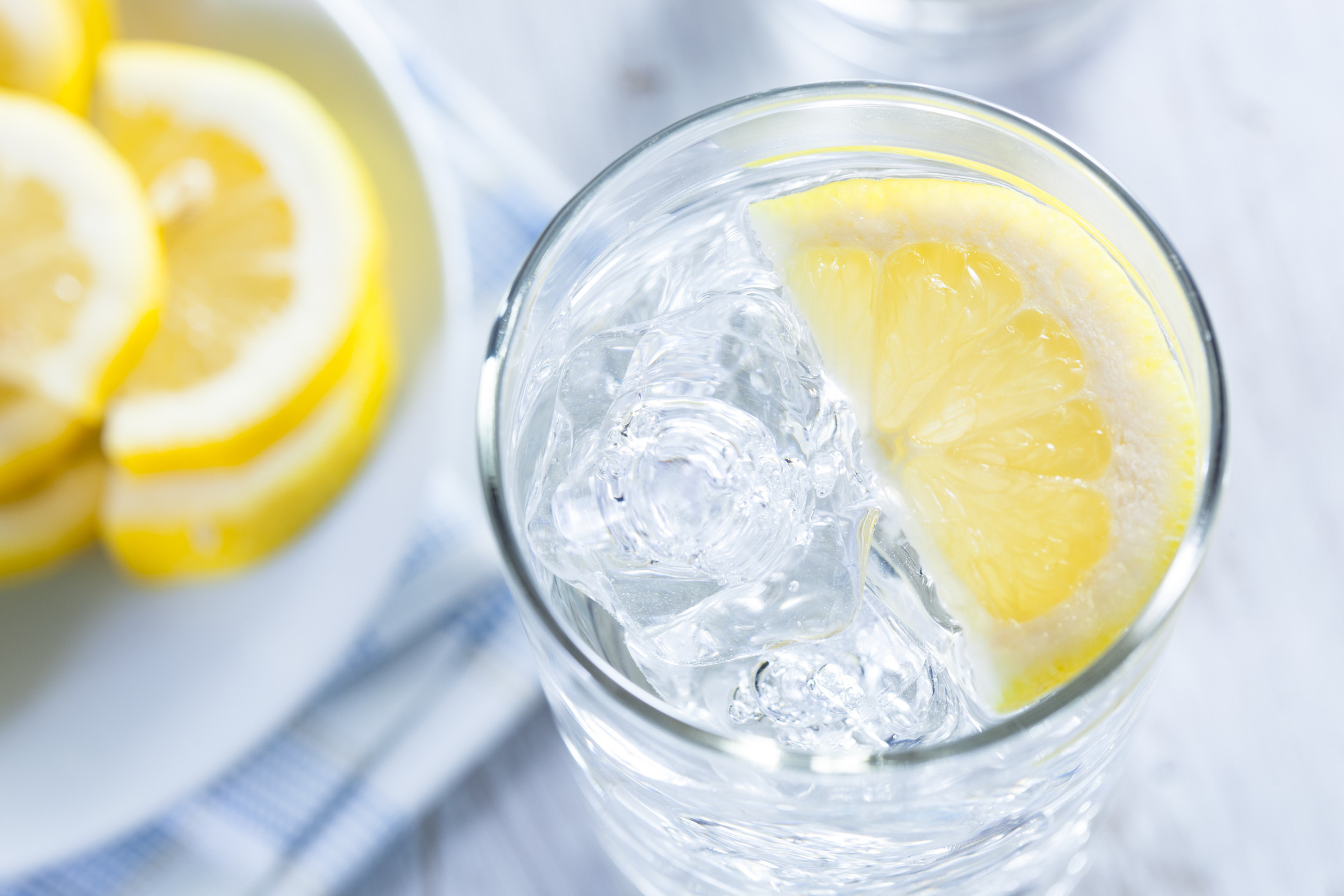 If you’ve ever passed a kidney stone, you probably would not wish it on your worst enemy, and you’ll do anything to avoid it again. "Kidney stones are more common in men than in women, and in about half of people who have had one, kidney stones strike again within 10 to 15 years without preventive measures," says Dr. Brian Eisner, co-director of the Kidney Stone Program at Harvard-affiliated Massachusetts General Hospital.

Where do kidney stones come from?

Kidney stones form develop when certain substances, such as calcium, oxalate, and uric acid, become concentrated enough to form crystals in your kidneys. The crystals grow larger into "stones." About 80% to 85% of kidney stones are made of calcium. The rest are uric acid stones, which form in people with low urine pH levels.

After stones form in the kidneys, they can dislodge and pass down the ureter, blocking the flow of urine. The result is periods of severe pain, including flank pain (pain in one side of the body between the stomach and the back), sometimes with blood in the urine, nausea, and vomiting. As the stones pass down the ureter toward the bladder, they may cause frequent urination, bladder pressure, or pain in the groin.

"If you experience any of these symptoms, see your primary care physician," says Dr. Eisner. He or she will perform a urinalysis and may order a renal ultrasound or CT scan to confirm that kidney stones are the source of your pain.

Stones can take several weeks to a few months to pass, depending on the number of stones and their size. Over-the-counter pain medications, like ibuprofen (Advil, Motrin IB), acetaminophen (Tylenol), or naproxen (Aleve), can help you endure the discomfort until the stones pass. Your doctor also may prescribe an alpha blocker, which relaxes the muscles in your ureter and helps pass stones quicker and with less pain.

If the pain becomes too severe, or if they are too large to pass, they can be removed with a procedure called a ureteroscopy. Here, a small endoscope (a device with a miniature video camera and tools at the end of a long tube) is passed into the bladder and up the ureter while you are under general anesthesia. A laser breaks up the stones, and then the fragments are removed.

Even though kidney stones can be common and recur once you’ve had them, there are simple ways to help prevent them. Here are some strategies that can help:

1.   Drink enough water. A 2015 meta-analysis from the National Kidney Foundation found that people who produced 2 to 2.5 liters of urine daily were 50% less likely to develop kidney stones than those who produced less. It takes about 8 to 10 8-ounce glasses (about 2 liters total) of water daily to produce that amount.

4.   Watch the sodium. A high-sodium diet can trigger kidney stones because it increases the amount of calcium in your urine. Federal guidelines suggest limiting total daily sodium intake to 2,300 milligrams (mg).

5.   Cut back on animal protein. Eating too much animal protein, such as meat, eggs, and seafood, boosts can increase the risk of forming stones. If you’re prone to kidney stones, limit your daily meat intake to a quantity that is no bigger than a pack of playing cards. 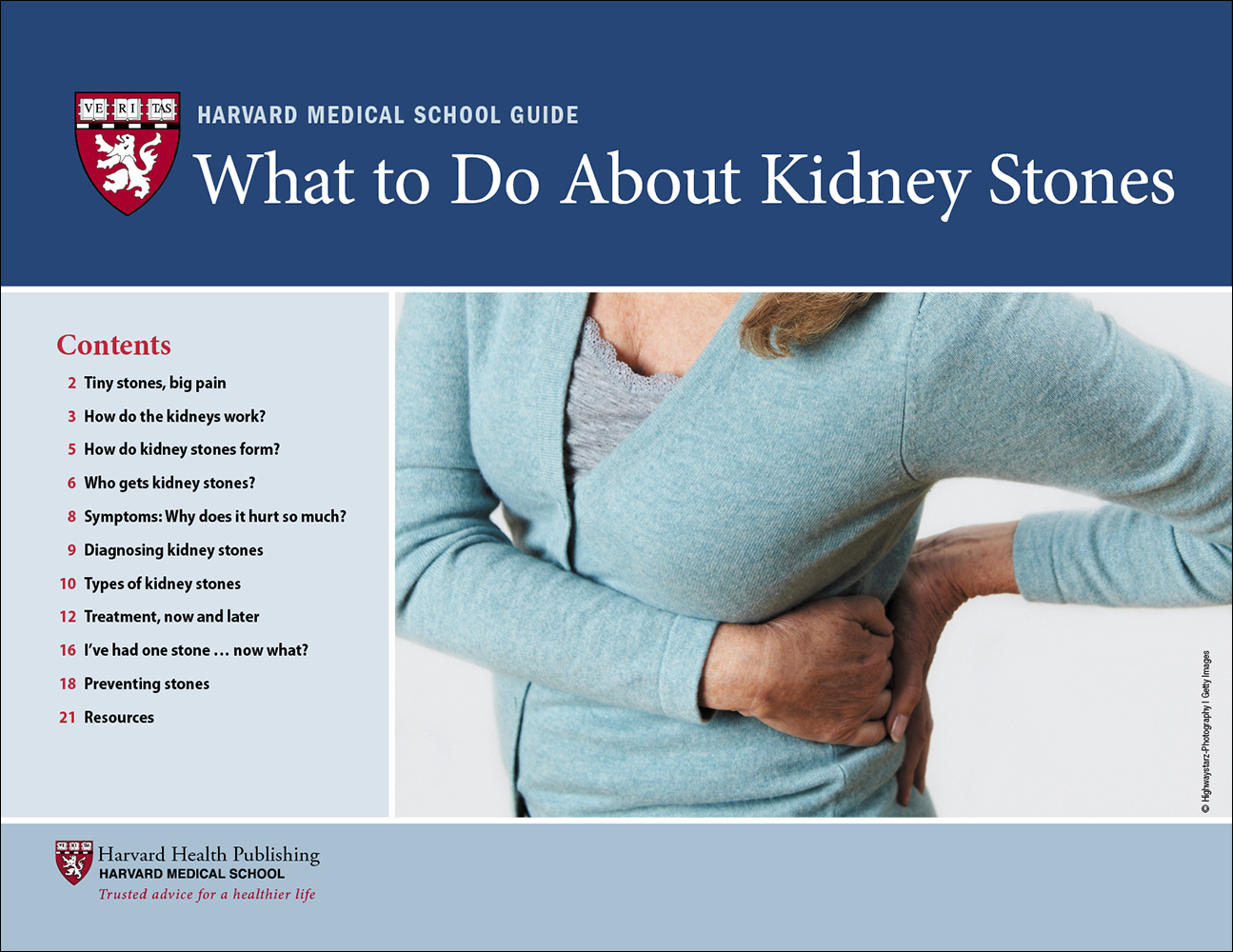 What to Do About Kidney Stones

How and why do kidney stones form? If you need tests or treatment for a stone, what’s involved and what are the risks? Who is likely to develop a first (or second or third) kidney stone, and how can it be prevented? What to Do About Kidney Stones will answer all of these questions. We’ll also bust some myths about why kidney stones hurt so much and how to reduce your risk.