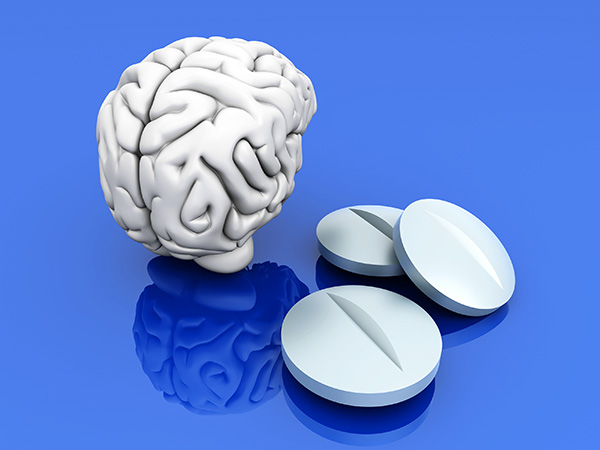 One long-ago summer, I joined the legion of teens helping harvest our valley’s peach crop in western Colorado. My job was to select the best peaches from a bin, wrap each one in tissue, and pack it into a shipping crate. The peach fuzz that coated every surface of the packing shed made my nose stream and my eyelids swell. When I came home after my first day on the job, my mother was so alarmed she called the family doctor. Soon the druggist was at the door with a vial of Benadryl (diphenhydramine) tablets. The next morning I was back to normal and back on the job. Weeks later, when I collected my pay (including the ½-cent-per-crate bonus for staying until the end of the harvest), I thanked Benadryl.

Today, I’m thankful my need for that drug lasted only a few weeks. In a report published in JAMA Internal Medicine, researchers offers compelling evidence of a link between long-term use of anticholinergic medications like Benadryl and dementia.

Anticholinergic drugs block the action of acetylcholine. This substance transmits messages in the nervous system. In the brain, acetylcholine is involved in learning and memory. In the rest of the body, it stimulates muscle contractions. Anticholinergic drugs include some antihistamines, tricyclic antidepressants, medications to control overactive bladder, and drugs to relieve the symptoms of Parkinson’s disease.

What the study found regarding Benadryl and dementia

A team led by Shelley Gray, a pharmacist at the University of Washington’s School of Pharmacy, tracked nearly 3,500 men and women ages 65 and older who took part in Adult Changes in Thought (ACT), a long-term study conducted by the University of Washington and Group Health, a Seattle healthcare system. They used Group Health’s pharmacy records to determine all the drugs, both prescription and over-the-counter, that each participant took the 10 years before starting the study. Participants’ health was tracked for an average of seven years. During that time, 800 of the volunteers developed dementia. When the researchers examined the use of anticholinergic drugs, they found that people who used these drugs were more likely to have developed dementia as those who didn’t use them. Moreover, dementia risk increased along with the cumulative dose. Taking an anticholinergic for the equivalent of three years or more was associated with a 54% higher dementia risk than taking the same dose for three months or less.

The ACT results add to mounting evidence that anticholinergics aren’t drugs to take long-term if you want to keep a clear head, and keep your head clear into old age. The body’s production of acetylcholine diminishes with age, so blocking its effects can deliver a double whammy to older people. It’s not surprising that problems with short-term memory, reasoning, and confusion lead the list of side effects of anticholinergic drugs, which also include drowsiness, dry mouth, urine retention, and constipation.

The University of Washington study is the first to include nonprescription drugs. It is also the first to eliminate the possibility that people were taking a tricyclic antidepressant to alleviate early symptoms of undiagnosed dementia; the risk associated with bladder medications was just as high.

“This study is another reminder to periodically evaluate all of the drugs you’re taking. Look at each one to determine if it’s really helping,” says Dr. Sarah Berry, a geriatrician and assistant professor of medicine at Harvard Medical School. “For instance, I’ve seen people who have been on anticholinergic medications for bladder control for years and they are completely incontinent. These drugs obviously aren’t helping.”

Many drugs have a stronger effect on older people than younger people. With age, the kidneys and liver clear drugs more slowly, so drug levels in the blood remain higher for a longer time. People also gain fat and lose muscle mass with age, both of which change the way that drugs are distributed to and broken down in body tissues. In addition, older people tend to take more prescription and over-the-counter medications, each of which has the potential to suppress or enhance the effectiveness of the others.

What should you do about Benadryl and the risks of dementia?

In 2008, Indiana University School of Medicine geriatrician Malaz Boustani developed the anticholinergic cognitive burden scale, which ranks these drugs according to the severity of their effects on the mind. It’s a good idea to steer clear of the drugs with high ACB scores, meaning those with scores of 3. “There are so many alternatives to these drugs,” says Dr. Berry. For example, selective serotonin re-uptake inhibitors (SSRIs) like citalopram (Celexa) or fluoxetine (Prozac) are good alternatives to tricyclic antidepressants. Newer antihistamines such as loratadine (Claritin) can replace diphenhydramine or chlorpheniramine (Chlor-Trimeton). Botox injections and cognitive behavioral training can alleviate urge incontinence.

One of the best ways to make sure you’re taking the most effective drugs is to dump all your medications — prescription and nonprescription — into a bag and bring them to your next appointment with your primary care doctor.

Related Information: A Guide to Coping with Alzheimer’s Disease