The facts about Parkinson’s Disease 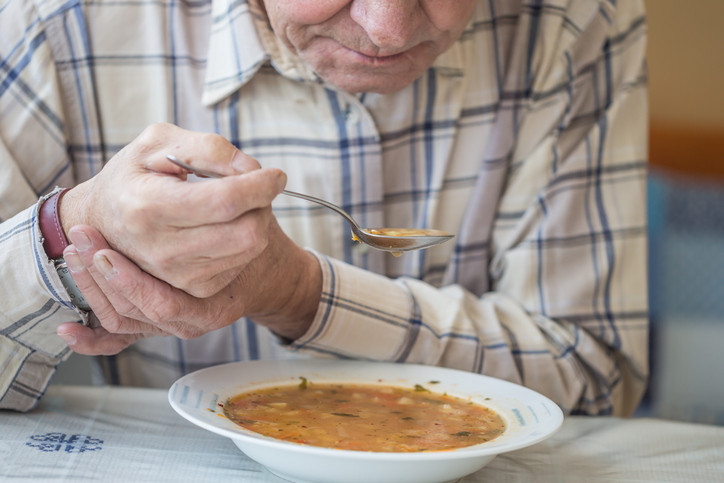 Parkinson's disease is a progressive neurogenerative disease that causes nerve cells (or neurons) in the area of the brain that controls movement to weaken and/or die. While healthy neurons produce a chemical called dopamine, which the brain needs a certain amount of in order to regulate movement, weakened neurons produce lower levels of dopamine. What causes these neurons to weaken is currently unknown.

Some patients with Parkinson's disease also suffer from a decline in norepinephrine, a chemical that transmits signals across nerve endings and controls various functions, such as blood pressure and heart rate.

More than 10 million people worldwide are currently living with Parkinson's disease and nearly one million will be living with the disease in the United States this year, according to the Parkinson's Foundation.

One's risk of developing PD can depend on the following factors:

These common symptoms of Parkinson's disease often begin gradually and progress over time:

There are currently no blood or lab tests that can be used to diagnose Parkinson's disease. Neurologists make a diagnosis based on their patient's medical history and an examination.

According to the Parkinson's Foundation, at least two of the four following symptoms must be present over a period of time for a neurologist to consider Parkinson's disease as a diagnosis:

There are a number of conditions that closely mimic Parkinson's disease, such as:

Although there is no cure for Parkinson's disease, neurologists can recommend various medications, surgeries and/or therapies to relieve symptoms.

Medication. The most common medications used to treat Parkinson's disease are formulated to help maintain, replenish or mimic dopamine and other chemicals in the brain:

Finding the right combination of PD medications can take time in order to find what works best with the least amount of side effects, which can include nausea, low blood pressure, dizziness, constipation, insomnia, hallucinations, and dyskinesia (uncontrolled body movements). Your doctor may prescribe additional medications to relieve some of these side effects or to relieve the non-motor symptoms commonly associated with Parkinson's disease.

Deep Brain Stimulation. Typically reserved for those who don't respond well enough to medication, deep brain stimulation is a surgical procedure where thin metal wires are placed in the brain and programmed to send electrical pulses that aid in controlling motor symptoms. In general, it is considered for patients who have had PD for four years or more and it is not recommended for patients with dementia.

Focused Ultrasound. A non-invasive option that is FDA-approved to treat tremor-predominant Parkinson's disease as well as essential tremor. Focused ultrasound for tremor destroys brain cells that cause motor problems. Unlike deep brain stimulation, focused ultrasound therapy is permanent and irreversible. It is also being tested for other PD symptoms.

Other Therapies. Sports and exercise regimens, such as walking, non-contact boxing, biking, yoga and tai chi, have been shown to improve balance, motor control, and strength in PD patients. Physical and occupational therapy can also aid in improving gait, flexibility, speech and the ability to perform everyday activities, such as eating and dressing.