Is it too late to save your posture?

Even if your posture has been a problem for years, it’s possible to make improvements. 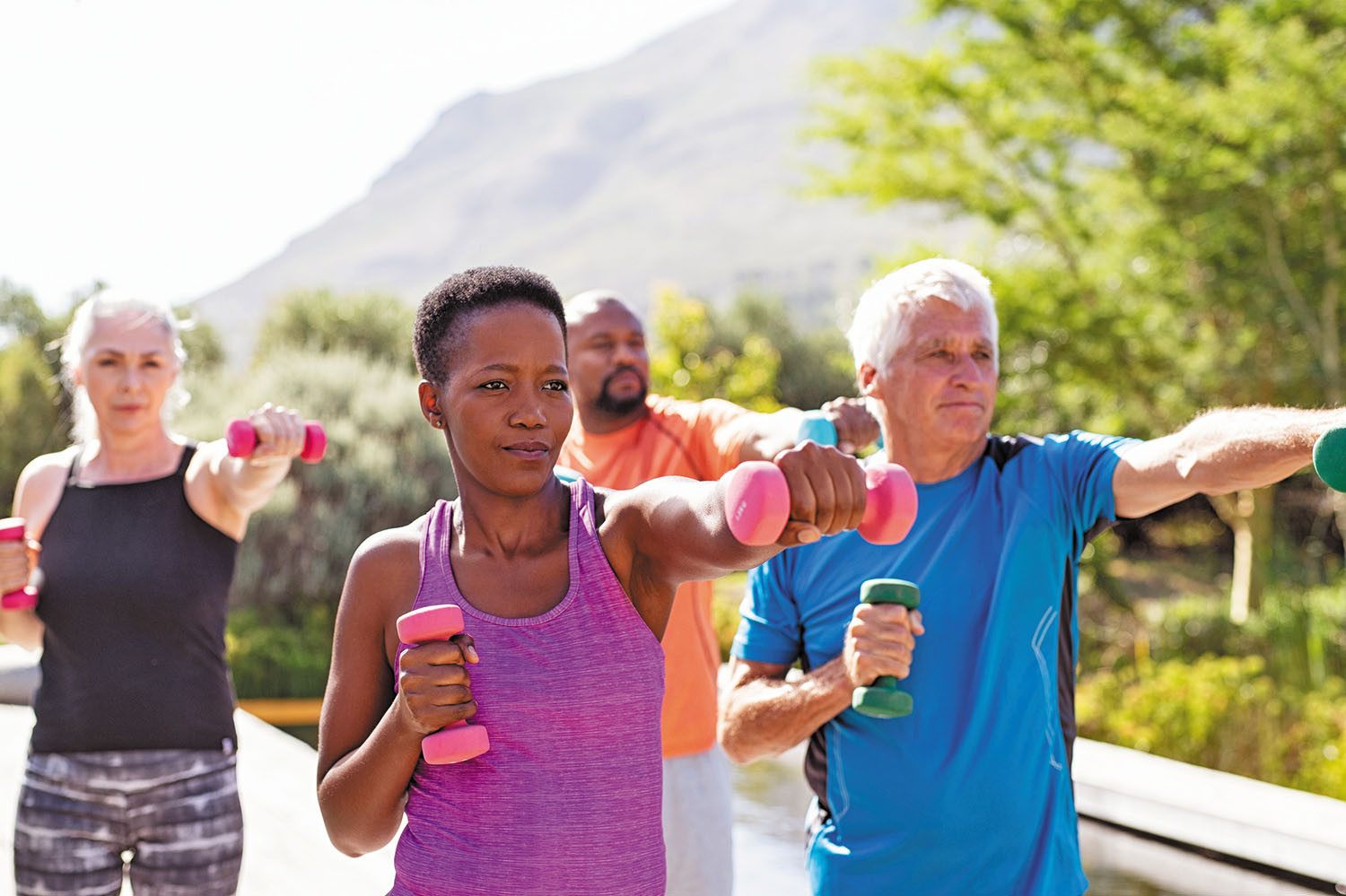 Rounded shoulders and a hunched stance may seem like they’re set in stone by the time we reach a certain age, and you may feel you’ve missed the boat for better posture. But there’s a good chance you can still stand up taller.

"It’s not as hard as you may think. Better posture is often just a matter of changing your activities and strengthening your muscles," says Saloni Doshi, a physical therapist with Harvard-affiliated Brigham and Women’s Hospital.

Poor posture often stems from modern-day habits like working in front of a computer, slouching on a couch while watching TV, or looking down at a smartphone. Poor posture could also be due to many hours spent carrying heavy objects (like equipment at work, grocery bags, or a heavy purse).

If the core muscles in your back and abdomen have grown weak from inactivity, that can also cause you to lean forward. Those muscles are crucial to lifting your frame and keeping you upright.

Another cause of poor posture, as we reported in September, comes from broken bones in your back. People with brittle bones (osteoporosis) may experience compression fractures when the bones in the back (vertebrae) aren’t strong enough to support the load placed on them. The bone collapses on the front side, the part closest to the chest. As collapsed vertebrae stack up, the spine becomes rounded and bends forward, a condition called dowager’s hump (dorsal kyphosis).

"Sometimes people ask, ‘Why should I change my posture? I don’t mind it.’ But one of the big things that happens with forward posture is that your center of gravity goes forward. This increases the risk of falling," Doshi says.

Poor posture can also cause back or neck pain, headaches, trouble breathing, or trouble walking. "Back and neck pain seem to be the most common," Doshi says.

Perk up your posture

If you have a spinal cord injury or you’ve had surgery to fuse or remove bones in your back, there may be some limitations to your posture improvement.

Otherwise, Doshi says, it’s usually not too late to correct posture, even if you’ve had broken vertebrae (once they’ve healed and your doctor says it’s okay). "In that case, we’d try to prevent fractures in other segments of your back," she says. "We can’t change bones, but we can change muscle mass."

The key to fixing poor posture is strengthening and stretching the muscles in the upper back, chest, and core.

Shoulder strengtheners include scapula squeezes (squeezing your shoulder blades together for 30 seconds at a time) and rows (using a resistance band to pull back your elbows like you’re rowing).

Core strengtheners include modified planks (in which you hold a push-up position while propped up on your elbows) or simply tightening your abdominal muscles, pulling your navel in toward your spine.

An easy way to stretch your chest muscles: simply put your arms behind your back, grasp both elbows (or forearms if that’s as far as you can reach), and hold the position.

You’ll also have to work on your posture in everyday activities. A simple trick when you’re sitting (even watching TV): "Put a rolled towel behind your shoulders. It makes you sit up straight so the towel won’t fall," Doshi suggests.

Cut down on activities that have led to poor posture, too. Take breaks from computer and TV time, and exercise more. "In six to 12 weeks," says Doshi, "you’ll see an improvement in your posture." 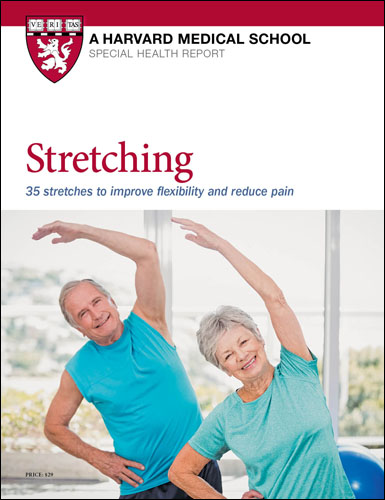 Stretching is an excellent thing you can do for your health. These simple, yet effective moves can help you limber up for sports, improve your balance and prevent falls, increase your flexibility, and even help relieve arthritis, back, and knee pain. Whether you're an armchair athlete or a sports enthusiast, this Special Health Report, Stretching: 35 exercises to improve flexibility and reduce pain, from the experts at Harvard Medical School will show you how to create effective stretching routines that meet your needs and ability.