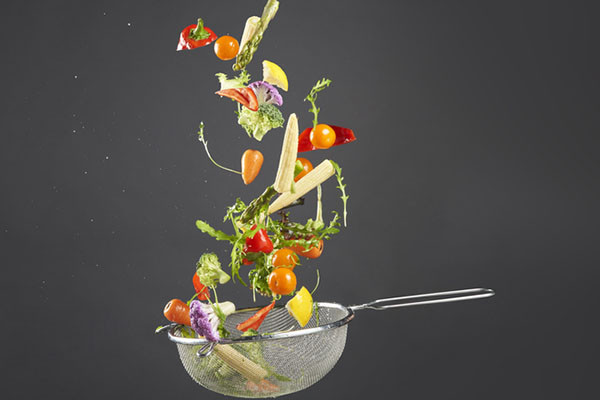 Do you want to eat a healthier diet while helping to save the planet? Try becoming a vegetarian. You'll avoid supporting an animal agriculture industry that emits huge amounts of greenhouse gases, and the foods you eat will lower your odds of developing heart disease and diabetes.

Plant-based diets are also associated with lower risks for certain cancers. But what about prostate cancer specifically?

Plants contain a number of anti-cancer compounds such as flavonoids, tannins, and resveratrol. Cooking meat, on the other hand (especially red and processed meats) generates two types of carcinogens: heterocyclic amines, which arise during pan-searing, and polycyclic aromatic hydrocarbons, which are produced by grilling or barbecuing.

The researchers behind this new review assessed 32 studies evaluating possible links between plant-based diets and lower prostate cancer risk. A third of the studies were observational, meaning that the research had relied on pre-existing information contained in databases and health registries. The rest of the studies were interventional; the enrolled subjects in these studies were prostate cancer patients who had been followed over time to see if dietary changes, exercise, stress management, and other lifestyle interventions would lead to better outcomes.

In general, the studies leaned toward beneficial effects from consuming plant-based meals. Most of the observational studies found that plant-eaters developed prostate cancer at lower rates than meat-eaters. And 60% of the interventional studies reported that prostate-specific antigen (PSA) levels increased more slowly in plant-eaters compared to meat-eaters. A rise in PSA suggests prostate cancer is worsening, or recurring in men who have already been treated for the disease.

The review authors singled out the evidence on PSA, as well as better overall health and delayed needs for additional prostate cancer treatment among plant-eaters, to support a conclusion that vegetarian diets are protective. However, large-scale clinical trials are still needed to confirm the association, cautioned Dr. Stephen Freedland, a urologist and the director of the Center for Integrated Research in Cancer and Lifestyle at Cedars-Sinai Medical Center in Los Angeles.

In a follow-up editorial this past October, Dr. Freedland and his co-authors emphasized shortcomings in the existing data. For instance, the interventional studies cited in the recent review paper are small (fewer than 100 subjects each), with follow-ups lasting no more than a year, and the observational evidence is hardly unanimous, given that some studies detected no association between prostate cancer risk and vegetarian diets, while others generated mixed results.

Yet another problem is lack of consensus on what constitutes a plant-based diet. Definitions can range from extreme vegan, to semi-vegetarian, or primarily plant-based, where some meat consumption is allowed. Indeed, one of the interventions cited in the review was described as "an increase in plant-based food and oily fish and a reduction or elimination of land-animal-based protein."

"What we really need in this area are more rigorously designed, well-controlled randomized clinical trials," Dr. Freedland says. "We need to sort out whether diet is really protective, or if vegetarians and vegans are simply more health-conscious in other ways. Are they exercising more? Do they have better access to health care? Do they live in places with better air quality? These are the questions we need to answer."

Despite these limitations, Dr. Freedland described the evidence associating vegetarianism and lower prostate cancer risk as intriguing and encouraging. In the meantime, he advises that the best lifestyle strategy for reducing cancer risk overall is to avoid obesity. "That's where we have the best evidence," he says.