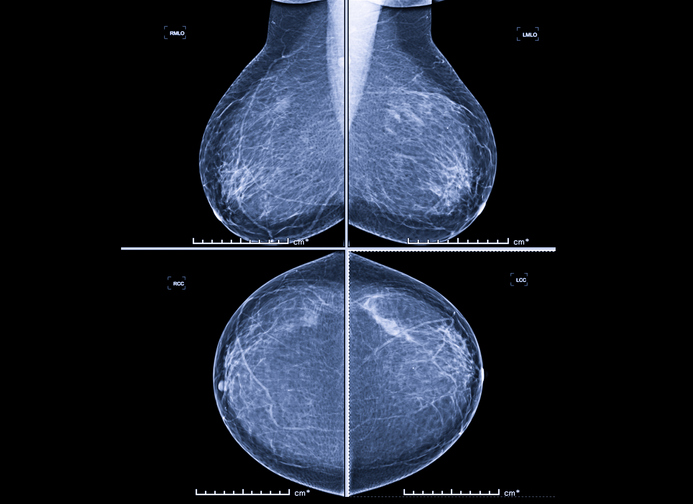 Noncancerous breast changes appear to be more common in women with a family history of breast cancer. That’s one of several factors linked to benign breast problems, according to a study published online June 25, 2021, by JAMA Network Open. The study looked at 61,617 women, ages 40 to 69, who underwent screening mammograms in Sweden. Of this group, 5,341 women were found to have benign breast conditions during the average 35-year follow-up period. The researchers found the following factors were linked to an increased risk of certain benign breast problems:

A family history of breast cancer. Premenopausal women with a family history of the disease were twice as likely to develop a type of noncancerous abnormal cell growth called epithelial proliferation with atypia (EPA). This condition can raise breast cancer risk. They also were more likely to have several benign breast conditions that don’t generally raise cancer risk.

Postmenopausal hormone therapy. Women who used hormones after menopause had higher rates of EPA, in addition to two other benign conditions that don’t raise cancer risk, compared with women who did not use hormones. The authors pointed out that more research is needed to determine the impact of taking hormones.

Obesity. Noncancerous breast conditions were less likely to develop in women who were obese than in women of normal weight, with the exception of epithelial proliferation (EP), another type of abnormal cell growth, similar to EPA but without atypical cells. It can also raise the risk for breast cancer (but less so than EPA).

Use of oral contraceptives. Women who took birth control pills were less likely to develop a type of breast growth called fibroadenoma with atypia, fibrocystic changes, and cysts compared with those who did not take the pills.