How much water should you drink?

Drink plenty of water throughout the day to avoid dehydration 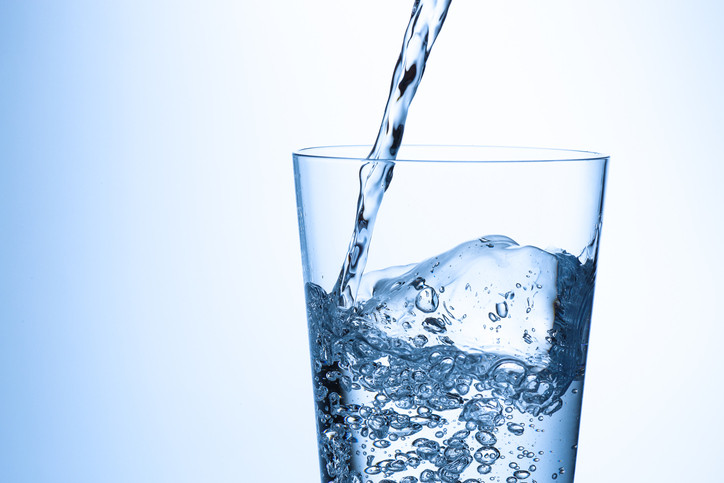 How much water should you drink a day? You probably know that it's important to drink plenty of fluids when the temperatures soar outside. But staying hydrated is a daily necessity, no matter what the thermometer says. Unfortunately, many of us aren't getting enough to drink, especially older adults. Older people don't sense thirst as much as they did when they were younger. And that could be a problem if they're on a medication that may cause fluid loss, such as a diuretic.

Water keeps every system in the body functioning properly. The Harvard Medical School Special Health Report 6-Week Plan for Health Eating notes that water has many important jobs, such as:

Giving your body enough fluids to carry out those tasks means that you're staying hydrated.

So how much water should you drink? Most people need about four to six cups of water each day.

How much water should you drink a day?

The daily four-to-six cup rule is for generally healthy people. It's possible to take in too much water if you have certain health conditions, such as thyroid disease or kidney, liver, or heart problems; or if you're taking medications that make you retain water, such as non-steroidal anti-inflammatory drugs (NSAIDs), opiate pain medications, and some antidepressants.

How much water a day should you drink if you fit into that category? There's no one-size-fits-all answer. Water intake must be individualized, and you should check with your doctor if you are not sure about the right amount for you.

But even a healthy person's water needs will vary, especially if you're losing water through sweat because you're exercising, or because you're outside on a hot day. If you're wondering how much water you should drink on those occasions, speak with your doctor, but a general rule of thumb for healthy people is to drink two to three cups of water per hour, or more if you're sweating heavily.

It's not just water that keeps you hydrated. All beverages containing water contribute toward your daily needs. And it's a myth that caffeinated beverages or those containing alcohol are dehydrating because they make you urinate. They do, but over the course of the day, the water from these beverages still leads to a net positive contribution to total fluid consumption.

Of course, there are many reasons why water is still the better choice. Remember, sugary drinks can lead to weight gain and inflammation, which can increase your risk for developing diseases such as diabetes. Too much caffeine can give you the jitters or keep you from sleeping. And, alcohol intake should be limited to one drink per day for women, and 1-2 drinks per day for men.

To ward off dehydration, drink fluids gradually, throughout the day. An easy way to do this is to have a drink at each meal, as well as socially, or with medicine.

And know that you also get fluids from water-rich foods, such as salads, fruit, and applesauce.