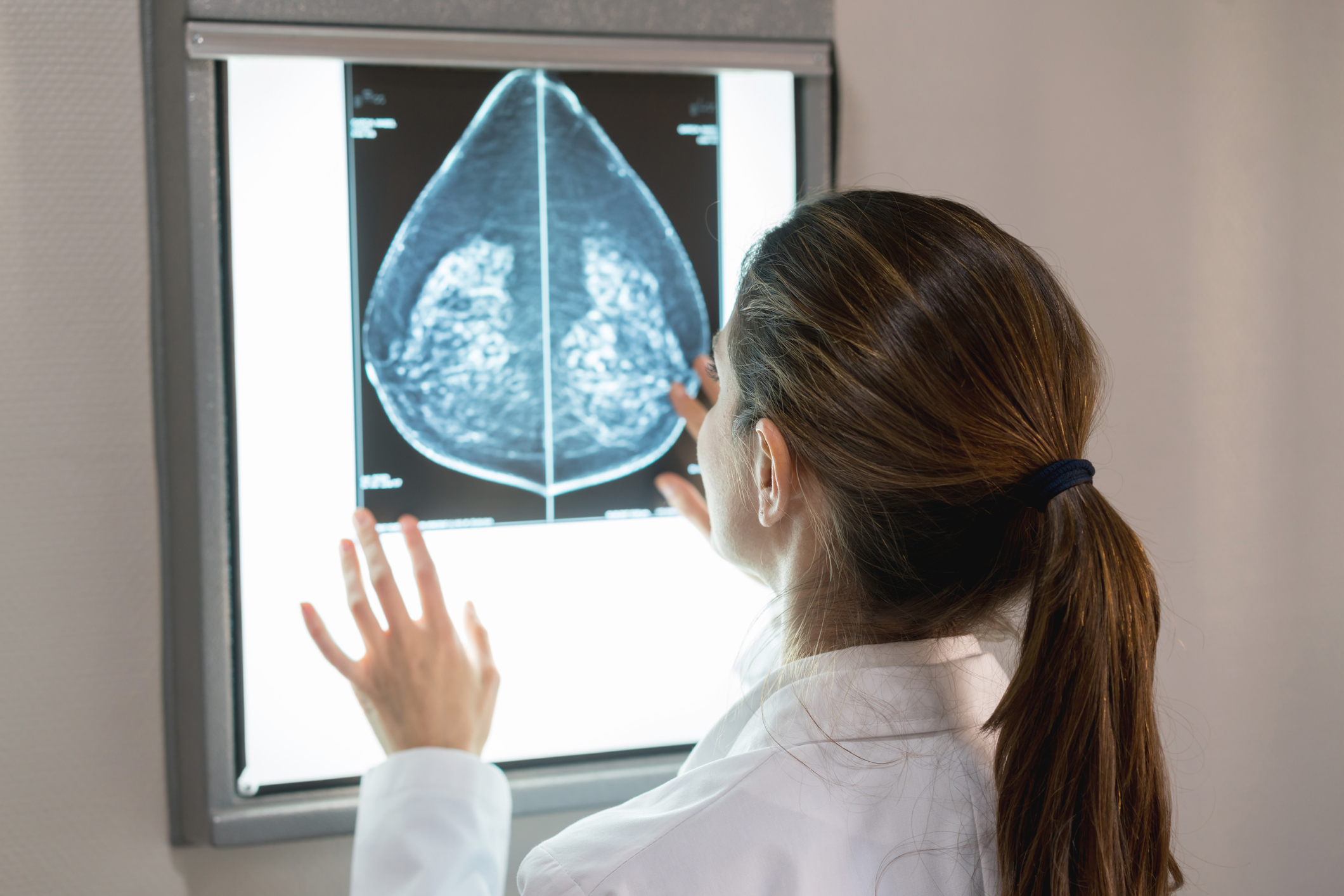 You’re staring at a letter from your mammography facility. Your breast exam was normal, great. But then you see a note on the bottom: you have high breast density, which could put you at higher risk for breast cancer in the future. Now what?

“The finding of dense breasts on a mammogram can be stressful and confusing for patients,” says Dr. Toni Golen, acting editor in chief of Harvard Women’s Health Watch. It’s information that may concern them, but they don’t know what to do about it.

What is breast density?

Breasts are composed of:

Dense breasts have more active tissues — lobules, ducts — and less fat. The only way to tell if you have high breast density is by having a mammogram. Dense breasts don’t feel or look any different from breasts that have a larger proportion of fatty tissue.

Density is typically gauged by the radiologist who reads the mammograms. It is classified on a scale of 1 to 4, with 1 being the least dense and 4 being the most. Women who score a 3 or a 4 are typically said to have high density.

How much does high breast density affect cancer risk?

Estimates vary, but a 2011 study in the Journal of the National Cancer Institute found that women with breasts composed of 50% or more dense tissue were three times more likely to be diagnosed with breast cancer over a 15-year period than women who had less than 10% dense tissue in their breasts.

What are experts saying about breast density?

“Right now, we have a risk factor without a plan to manage it,” says Dr. Kathryn M. Rexrode, associate professor of medicine at Harvard Medical School and chief of the Division of Women’s Health at Brigham and Women’s Hospital. While doctors know that women with high density are slightly more likely to develop breast cancer, there is no consensus yet on how to respond to that risk. Should women with high density be screened at a younger age, more often, or using different technology? There’s no official plan.

“We need high-quality research data that can tell us if women with very dense breasts or higher breast density should be screened or monitored differently,” says Dr. Rexrode.

What actions can you take?

If you do receive this notification:

“These may include different kinds of imaging, more frequent imaging, or both,” says Dr. Golen. Doctors sometimes recommend that women at high risk for breast cancer be screened using breast ultrasound or magnetic resonance imaging (MRI) in addition to mammography to help find cancers that can’t be seen on a mammogram.

Consider different screening technology. In the June issue of Harvard Women’s Health Watch, we highlighted a recent study that showed that digital breast tomosynthesis (DBT), sometimes referred to as 3D mammography, might be better at detecting cancers in younger women and those with dense breast tissue.

DBT is a relatively new technology, approved by the FDA in 2011. It works by taking a series of images, which a computer then assembles into a 3D-like image of breast slices. In the study, which was published online February 28 by JAMA Oncology, researchers compared more than 50,000 breast screenings performed with DBT and 129,369 performed with digital mammography. Their analysis found that DBT identified 1.7 more cancers than digital mammography for every 1,000 exams of women with normal breast tissue. For younger women with dense breasts, the advantage of DBT was even greater: 2.27 more cancers were found for every 1,000 women screened.

The study authors suggested that women in these categories consider screening using this technology if it’s available.