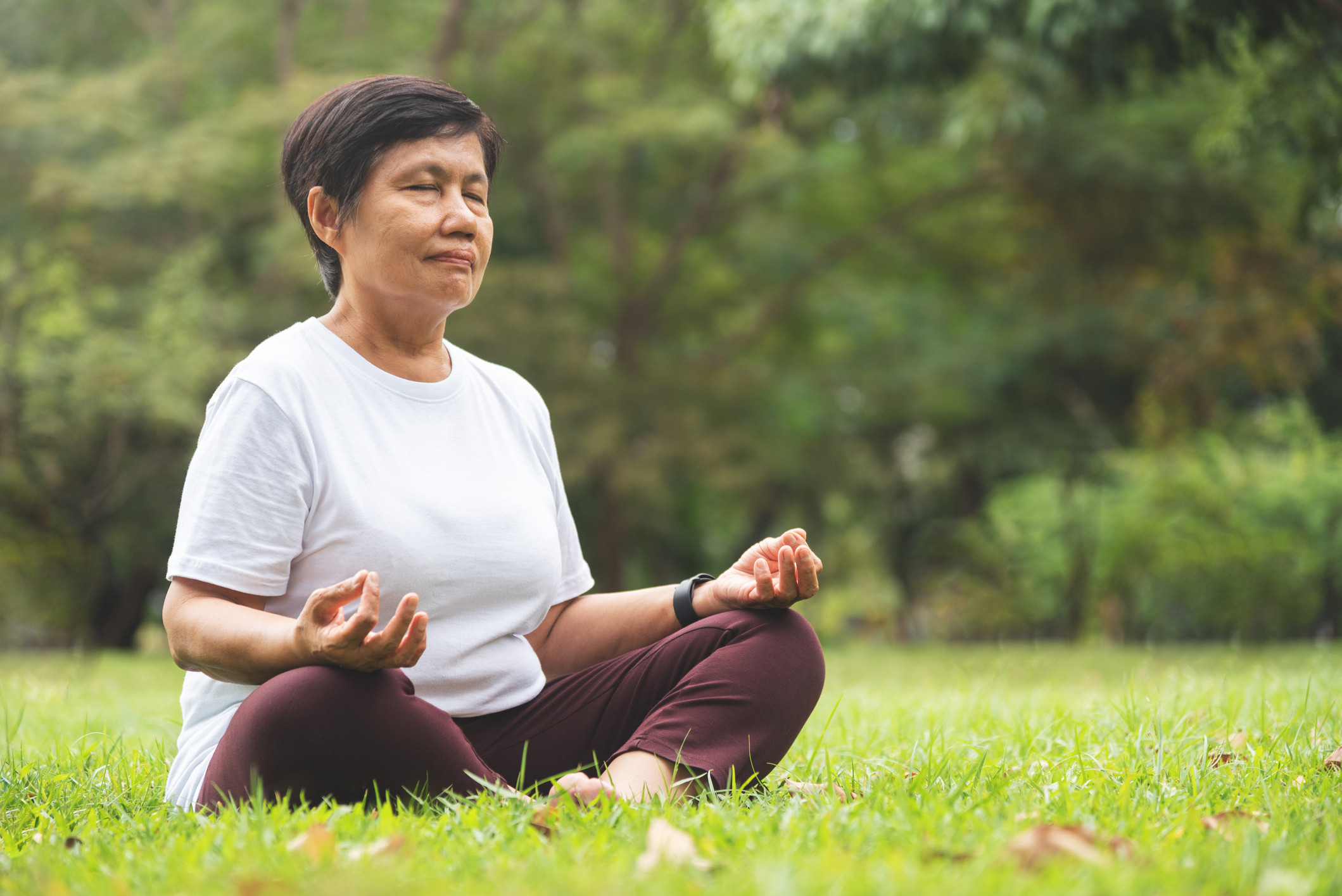 Much has been written about the benefits of mindfulness. There is research suggesting it can counter stress, relieve chronic pain, and even improve aspects of mood, thinking, and memory. But how does it actually work? Does mindfulness actually produce detectable changes in the brain?

In a recently published study, researchers at the University of the Sunshine Coast, Australia set out to investigate exactly how mindfulness can improve your ability to pay attention. To do this, they analyzed data from 81 healthy adults over age 60 who participated in a randomized controlled trial to assess both the immediate effects of an eight-week mindfulness intervention, and long-term effects six months later on attention and brain physiology.

They found that the older adults randomized to the mindfulness intervention showed improvements in sustained attention — improvements that were maintained at the six-month follow-up visit. They also found changes in brain physiology that correlated with the improvement in attention.

To measure brain physiology, they observed the electrical activity of the brain using electroencephalography, better known as EEG. An EEG is similar to what you’ve almost certainly had at one point in your life: an electrocardiogram or ECG. As you may recall, when you had an ECG, electrodes were placed on your chest that measured the electrical activity of your heart. In an EEG, the electrodes are placed on your scalp so that brain activity can be measured.

Now, these researchers weren’t really interested in all of the activity in the brain. They wanted to focus in on the brain activity related to attention. In order to do this, they recorded EEGs while participants were performing an attentional task. The task consisted of detecting various letter pairs that were different sizes as quickly and accurately as possible. Each time a pair appeared on the screen, they marked the exact time on the EEG recording. They then averaged all of the 60 times that a specific target letter pair appeared on the screen and compared that brain activity to that of other letter pairs. This comparison allowed the researchers to precisely measure the specific brain activity associated with attention.

The Australian researchers found that two different types of brain processes were enhanced by mindfulness.

First, mindfulness training increased the efficiency of brain pathways that process information coming in from the senses. In other words, the boost in attention helped the participants to literally see information more accurately. Scientists often refer to such improvements in sensory abilities as enhancing "bottom-up" processes.

Second, mindfulness training also boosted the ability of the brain to direct attention down to the information of interest. This means that participants were better able to focus on the task and ignore distractions. These types of control processes which allocate attention are often referred to as "top-down" processes.

You now understand how mindfulness training improves one aspect of thinking — attention — at the level of brain physiology. This means that by focusing on the present moment, cultivating mindful awareness toward sensations, and attending to the rising and falling of the breath, you can actually improve your brain’s ability to direct your attention and accurately perceive the world.

It used to be thought that components of thinking that make up your IQ, such as attention, were relatively fixed because they are based upon your brain’s function. However, from studies like this one, we now understand that is an old-fashioned idea. By practicing cognitive skills such as mindfulness, you can literally change your mind, your brain, and your IQ.