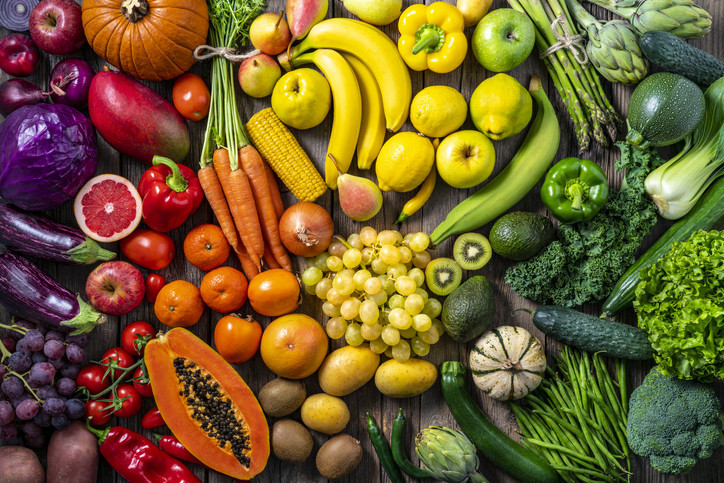 The foundation of a healthy diet is a vibrant rainbow of fruits and vegetables, like rosy red strawberries, dark green spinach leaves, or sunny yellow peppers. Their colors often come from flavonoids, powerful plant chemicals (phytochemicals) that appear to contribute to many aspects of health. And now a large Harvard study published online in Neurology in July suggests that flavonoids may also play a role in protecting cognition.

Scientists evaluated the health data and self-reported diet information of more than 77,000 middle-aged men and women, collected over 20 years.

The information included how often participants ate many types of flavonoid-rich foods and whether participants reported cognition changes in their 70s, such as difficulty

Researchers then calculated participants’ intake of six classes of flavonoids:

"Our results are exciting because they show that eating foods high in flavonoids could help prevent or slow down decline in memory and other cognitive processes in late life," says Dr. Walter Willett, one of the study’s authors and a professor of epidemiology and nutrition at the Harvard T.H. Chan School of Public Health.

"We noticed that earlier consumption of flavonoid-rich foods seemed to improve the protective effect on the brain. But even participants who began eating more flavonoids later in life saw benefits," says Dr. Tian-Shin Yeh, the study’s lead author and a postdoctoral research fellow in the Harvard-Oxford Program in Epidemiology and the department of nutrition at the Harvard T.H. Chan School of Public Health.

The study was only observational, relying on what people remembered about their diets and noticed about cognition, and didn’t prove conclusively that flavonoid intake kept people sharp in older age. But smaller or shorter-term studies have also found a link between flavonoids and cognitive health benefits.

Some flavonoids in particular appeared to have protective effects on the brain:

The fruits and vegetables in the study most associated with beneficial cognitive effects, listed from strongest to weakest, were:

What’s the magic in flavonoids?

We don’t know for sure why flavonoids might play a role in protecting cognition. But we do know that flavonoids are powerful antioxidants, which may fight brain inflammation and the accumulation of amyloid — a hallmark of Alzheimer’s disease.

Antioxidants may also play a part in

Plus, we know that flavonoids are associated with fighting inflammation and tumor growth, and in lowering blood pressure.

With so many potential flavonoid benefits, you may be wondering what kind of levels you should aim for in your diet. In the study, flavonoid intakes ranged from low — about 150 milligrams (mg) per day — to high — about 620 mg per day.

So don’t stress about it. Just eat a diet with a wide variety of fruits and vegetables — the sooner you start, the better. Try to reach the five-a-day fruit and vegetable goal (recent evidence suggests that the most effective combination is two servings of fruits plus three servings of vegetables per day).

Then, as you enjoy foods like strawberries, blueberries, peppers, celery, apples, bananas, oranges, and grapefruit, remember they’re not only tasty and good for general health, but potentially helpful for your brain, too.

"It’s been called ‘eating the rainbow,’ and can lead to a healthier, more delicious diet; and it’s another reason why we should ensure that everyone has access to fresh fruits and vegetables," says Dr. Deborah Blacker, a study co-author and professor and deputy chair of epidemiology at the Harvard T.H. Chan School of Public Health.