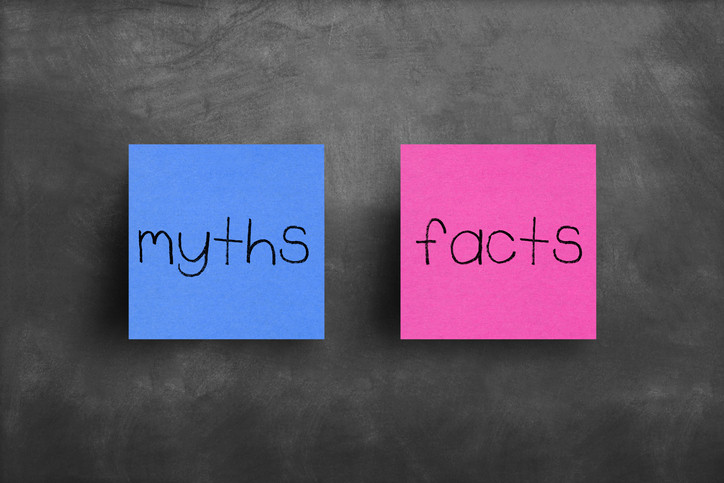 While endometriosis is a common condition, affecting as many as one in every 10 American women, it is complex and often misunderstood. Endometriosis occurs when tissue much like the tissue that normally lines the uterus — called the endometrium — starts to grow elsewhere in the body. These growths may cause pain, scarring, and, in some instances, infertility.

One study shows it can take up to seven years for a woman to get a diagnosis of endometriosis because symptoms may mimic other common conditions, such as irritable bowel syndrome or pelvic inflammatory disease. And misconceptions about the disease, including the five myths below, may keep some women from seeking help. Talk to your health care team if you’re concerned about painful periods or other possible symptoms of endometriosis, such as long-lasting pain in your lower back or pelvis.

5 myths — and the facts — about endometriosis

Myth 1: The symptoms are just a heavy period. Women with endometriosis sometimes assume that their symptoms are a normal part of menstruation, and when they do seek help they are sometimes dismissed as overreacting to normal menstrual symptoms. But in fact, something much more serious is going on than period cramps. One theory is that the pain occurs because even when endometrium-like tissue is outside the uterus, it continues to respond to hormonal signals and produce chemicals that cause inflammation and pain.

During the course of the menstrual cycle, this endometrium-like tissue thickens and eventually bleeds. But unlike endometrial tissue in the uterus, which is able to drain through the vagina each month, blood from displaced tissue has nowhere to go. Instead, it pools near the affected organs and tissues, irritating and inflaming them. The result is pain, and sometimes the development of scar tissue that can form a web, fusing organs together. This may lead to pain with movement or sexual activity.

Myth 2: Endometriosis only affects the pelvic region. The most common locations for endometriosis growths to occur are within the pelvis, such as on the outer surface of the uterus, the bladder, and the fallopian tubes. But endometriosis may occur anywhere in the body. Rarely, endometrium-like tissue has been found in the lungs, for example.

Myth 3: Endometriosis is always painful. Not everyone with endometriosis experiences pain. It’s not uncommon for a woman to learn she has endometriosis only after she begins investigating why she is having difficulty getting pregnant. Endometriosis is the leading cause of infertility in the United States. Having the condition also increases the likelihood of miscarriage and other problems in pregnancy. However, the good news is that the vast majority of women with endometriosis are ultimately able to have a child.

Myth 4: Endometriosis can be prevented. There’s no clearly understood cause for endometriosis, so at this point there is no known way to prevent it. Certain steps to help lower estrogen levels in the body can reduce your risk, according to the US Office of Women’s Health. Estrogen can fuel the growth of endometriosis and magnify symptoms. You can reduce your estrogen levels by choosing a lower-estrogen birth control method, losing weight if you are overweight, and getting regular exercise.

Myth 5: Endometriosis always improves after menopause. Although endometriosis symptoms occur most often during menstruation, for some women they last well after monthly cycles end. Even after a woman goes through menopause, the ovaries continue to produce small amounts of estrogen. Endometriosis growths may continue to respond to the hormone, causing pain. So, while symptoms of endometriosis improve in many women, menopause doesn’t bring relief to all. Some women who have gone through menopause may opt for surgical procedures to remove endometriosis implants or adhesions, or even hysterectomy and oophorectomy (removing the ovaries). However, these procedures are not always successful in controlling pain. Hormonal therapies, too, appear to be less effective in women after menopause.

For information about treating endometriosis pain, see this post from the Harvard Health Blog. 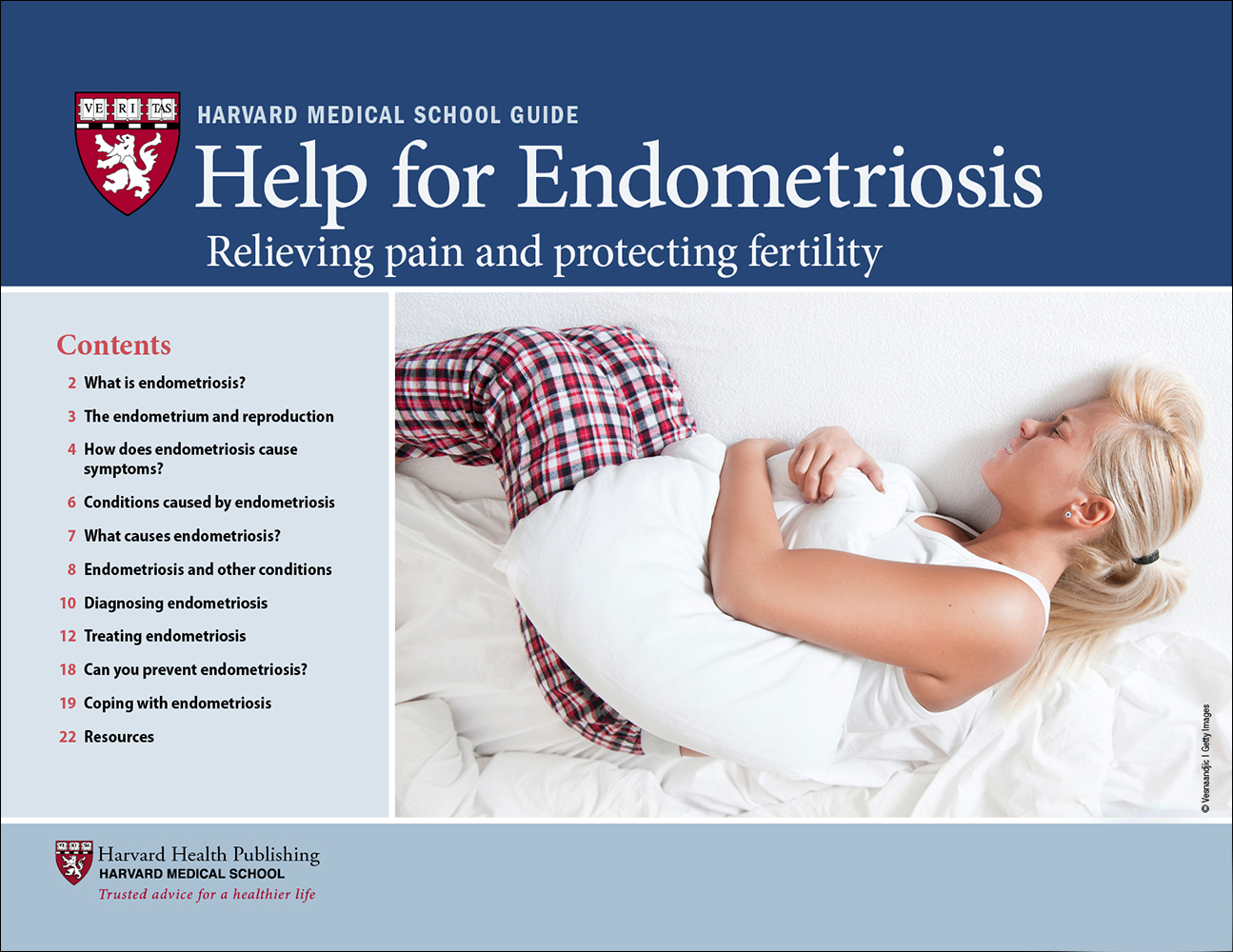 In Help for Endometriosis, you'll discover the latest findings on the causes of endometriosis, and why endometriosis causes pain and other symptoms. You'll also learn the links between endometriosis and conditions like migraine and heart disease. This guide will help you better understand how endometriosis is diagnosed, how to prepare for a visit to your doctor, your treatment options, and more.