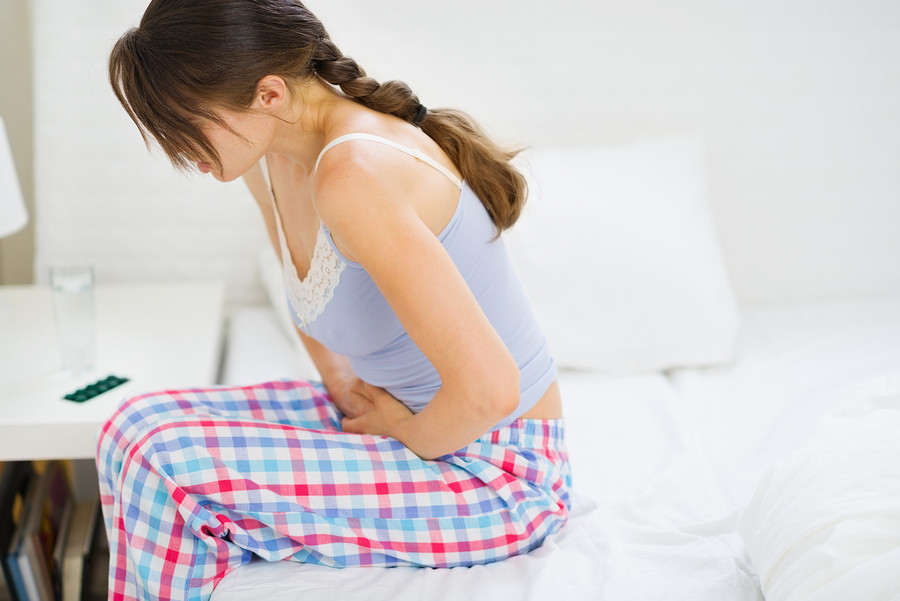 Endometriosis is a painful condition caused by the growth of the endometrium — tissue that normally lines the inside of the uterus — in other parts of the body. Endometrium can grow in the

If the misplaced endometrial tissue enlarges to cover or grow into the ovaries, or if it blocks the fallopian tubes, it can it can interfere with a woman's fertility by blocking the passage of an egg from the ovaries into the uterus.

Experts aren't sure what causes endometriosis. There are many theories. A leading one is called retrograde menstrual flow: blood and tissue that normally leaves the body during a woman's periods instead move into the pelvis. It's also possible that the immune system or hormonal problems play a role. Because endometriosis tends to run in families, there may be a genetic component as well.

Pain is the most common symptom of endometriosis. It can appear as:

Other symptoms include bleeding between periods and unexplained digestive problems such as diarrhea, constipation, bloating, or upset stomach, especially during menstrual periods.

Endometriosis can have adverse effects on fertility and increase the risk of miscarriage. But many women with the condition have no problem conceiving and carrying the baby to full term.

Endometriosis often gets better after menopause when there is a drop-off in the body's production of reproductive hormones. But because the body still produces small amounts of estrogen, some women continue to have symptoms even after menopause.

A woman's symptoms, including the location of her pain and when it occurs, is a key piece of information in diagnosing endometriosis.

Several tests may be done to check for endometriosis. These include:

Laparoscopy is the best way to diagnose endometriosis. During this procedure, a doctor uses a laparoscope, a slim instrument with a light and a camera, to view the organs in the pelvis. Sometimes endometriosis can be recognized simply by how the tissue looks. Other times the doctor must take a sample of tissue and send it to a lab for evaluation.

For women with mild symptoms, taking an over-the-counter pain reliever may be all that's need. Choices include nonsteroidal anti-inflammatory drugs such as ibuprofen and naproxen. Prescription pain medication may also be an option.

Another way to stop the pain of endometriosis is by controlling levels of female hormones, particularly if the symptoms occur mainly or only during menstrual periods. Oral contraceptives are often tried first, But there are additional hormonal options However, symptoms usually return when you stop taking these medications.

Surgery to remove areas of endometriosis can provide significant pain relief, but the results may be temporary because each menstrual cycle gives endometriosis an opportunity to come back.

All treatment options have risks and side effects. The right choice for you will depend on several things, including your age, how bad your symptoms are, and whether you're planning to become pregnant in the near future.

For women with endometriosis-related infertility, surgery to remove areas of endometriosis may improve the chances of becoming pregnant. If this is not successful, assisted reproduction, such as with in vitro fertilization, can be considered.