Are your personal care products putting your health at risk? 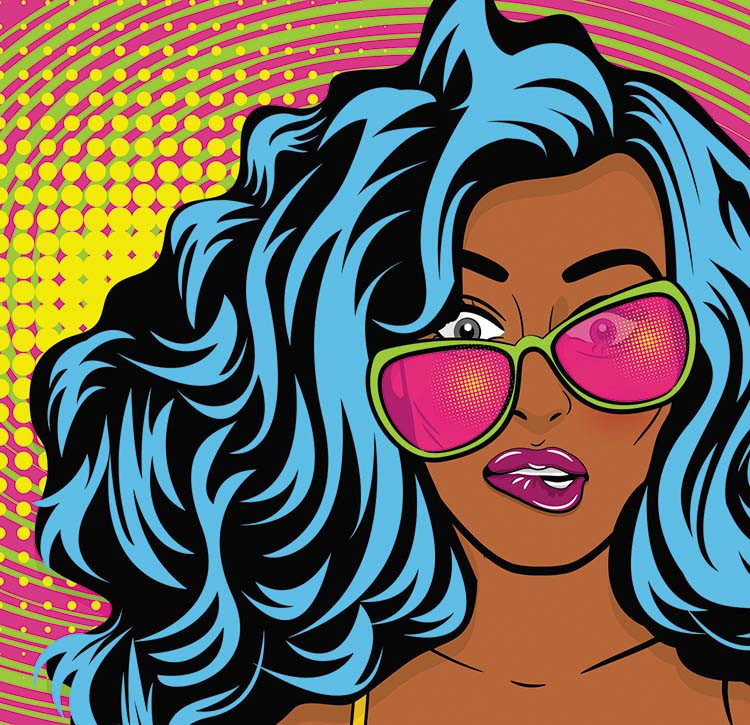 You might assume that all these ingredients have been tested to ensure that they're safe for long-term use. That's not the case.

At least on the federal level, no one is checking to make sure that the chemicals you're putting on your body are harmless. "Products are tested to make sure they don't cause short-term problems, such as skin irritation. But they're not tested for long-term safety," says Dr. Kathryn M. Rexrode, associate professor of medicine and chief of the Division of Women's Health at Harvard Medical School. The FDA steps in only if people actually complain about a product because they suspect it harmed them. Prior to that, the onus is on the company alone.

"Just because it's on your shelf doesn't mean that it's safe," says Tamarra James-Todd, the Mark and Catherine Winkler Assistant Professor of Environmental Reproductive and Perinatal Epidemiology at the Harvard T.H. Chan School of Public Health. With this in mind, women should take some time to consider what they're putting on their bodies each day and how it could potentially affect their health, she says.

There's reason for concern about many of the chemicals in popular personal care products on the market today. Case in point: a study published online Dec. 3, 2019, by the International Journal of Cancer found a link between hair dye and breast cancer. Women in the study who used permanent hair dye at least once in the 12-month period leading up to the study had a 9% higher risk of developing breast cancer than women who didn't use hair dye. And when the study authors broke the findings down by race, they found an even higher risk for African American women. Women in that group who used any permanent dye in the previous 12 months had a 45% higher risk of developing breast cancer compared with women who did not use hair dye. It didn't seem to matter how often or for how many years the women had used the dye.

The findings were not surprising, says James-Todd. "We conducted a study a year ago in which we saw similar findings for hair dyes," she says. Some hair care products contain more than 5,000 chemicals, including some known to disrupt the body's natural hormone balance or to have cancer-causing effects in animals, according to study authors. Even so, studies looking at hair dyes in the past have been a mixed bag, with some finding links between health problems and dye use, and others finding no link. The differences found in more recent studies, says James-Todd, may be due to the fact that they are testing different products. Today's products use different chemicals than older formulations, which were not linked to health risks in some previous studies.

Authors of the 2019 study drew on data from the Sister Study, which enrolled more than 50,000 women — the healthy sisters of women with breast cancer — ages 35 to 74. The study ran from 2003 to 2009 and used questionnaires, which were updated every three years. The surveys included questions about how often women used hair dye, as well as what colors and types of dye they used and whether it was permanent or semi-permanent. The study also used information gathered about other hair products, specifically chemicals used to straighten hair. The average follow-up period for the study was a little over eight years, and the current analysis included information gathered through 2016.

There didn't appear to be an elevated breast cancer risk among women who used semi-permanent dyes, except among women who used the dyes at home. Researchers speculated this may be because they were more likely to get the dye on their skin, or to use the dyes in spaces that weren't well ventilated, leading them to breathe in higher amounts of chemicals.

It's important to note that all the participants in the 2019 hair dye study were deemed to have a high risk for breast cancer because their sisters had the disease. This means that the findings might not apply to the average population. However, because this particular study already focused on a group of women that were at high risk because of family history, it's likely that the additional elevated risk seen in African American women was not due to genetic factors, says James-Todd. It's more likely to reflect environmental factors, such as differences in the chemicals used in products typically marketed to these women, she says. In the past, scientists have found higher concentrations of problematic hormone-disrupting chemicals in products marketed to African American women, said study authors.

In addition, they noted that breast cancer rates have been increasing in recent years among African American women, who are more often diagnosed with aggressive types of breast cancer and are more likely to die from the disease.

What to take from the study

So, does this mean that women should stop using hair color entirely? Dr. Rexrode says it's too soon to say. "Over all, I don't tell people never to dye their hair again based on this paper. But a 40% increased risk is large enough for concern," she says. So, the findings also shouldn't be ignored, and the topic warrants more study.

For the average woman in the study (that is, one whose sister had breast cancer), exposure to hair dye increased her baseline risk of breast cancer, she says. While there are certain breast cancer risk factors that you can't control, such as your family history or how old you were when you started menstruating, you can choose your hair products and how often you use them.

While researchers continue to look into this issue, James-Todd and Dr. Rexrode say there are several steps you can take to reduce potential risks related to personal care products.

Do your research. When choosing a product, look at the label to see what chemicals it contains, and determine if it's something you want to use. Organizations such as the nonprofit Environmental Working Group (www.ewg.org) have analyzed many common products and provide information about potential safety concerns. The organization ranks some common beauty products on a scale from 1 to 10, from those generally thought to be safe to those that contain chemicals that raise more concerns, says James-Todd. "Find out as much as you can about what you are using," she says.

Find safer alternatives. If products you are currently using contain potentially harmful chemicals, switch to a safer option if one is available. The nonprofit Silent Spring Institute has a smartphone app called Detox Me that you can use in the store to scan product barcodes. If a safer option is available, it will let you know. It also offers a Detox Me Action Kit, which allows you to send a urine sample to have your chemical exposure levels tested to get an idea of how your levels compare to others in the United States. The kit also gives you ideas on how to reduce your exposure.

Be skeptical of product claims. Many companies are legitimately working to develop safer products, but some manufacturer claims are dubious. Many companies will remove chemicals that have been highlighted as problematic, such as bisphenol-A or phthalates (chemicals known to be endocrine disrupters, substances that mimic or suppress human hormones). But they may then replace those chemicals with ones that are equally problematic. So, the products aren't really safer, and in some cases, they may be even worse than the original, says James-Todd.

Pare down. While it may be tempting to fill your bathroom shelves with all the latest lotions and potions, making more judicious choices may be a better option. Limiting your options to products you consider essential can reduce your exposure. "For example, I love perfume, but I don't wear it anymore," says James-Todd.

Go natural. Many beauty treatments can be mixed up in your kitchen. Look online for recipes for natural skin and hair treatments. But be aware that some "natural" consumer products can also bring health risks. For example, essential oils are often recommended as an alternative to perfumes and fragrances. But some, in particular lavender and tea tree oils, have estrogenic properties that can pose some of the same health risks as their chemically laden counterparts, says James-Todd. Natural does not always mean safer.

The bottom line: "Women should be thinking carefully about the products they use," says Dr. Rexrode. "And I think we should be demanding more information about their safety."