One hearing aid or two? 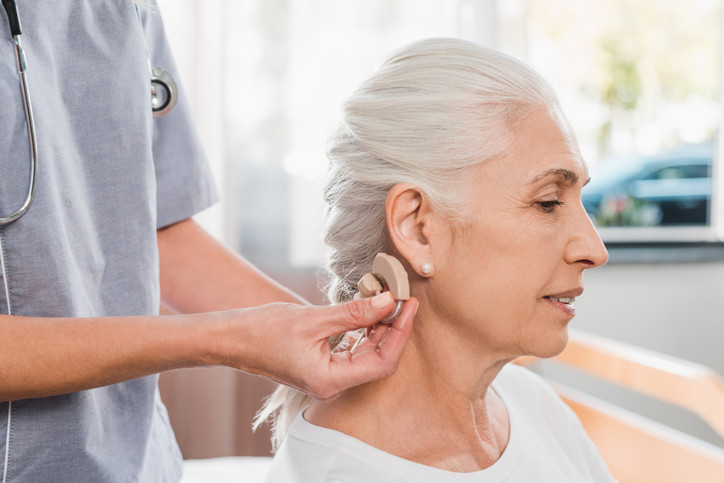 If you’re like most people with hearing loss, you’ll probably find that it takes time to accept the idea that you need a hearing aid, and you may be unhappy when your audiologist recommends that you get not one, but two. Chances are that your first question will be, “Is it normal to get two hearing aids?” And then, “Do I really need two?”

If you have hearing loss in only one ear and normal or nearly normal hearing in the other, then one hearing aid is all you need. But most people have hearing loss in both ears, especially if the loss is age-related. (You may have one ear that’s better than the other, but chances are both will be in the same ballpark.) In that case, research and experience suggest that you’ll ultimately be more satis­fied with two hearing aids.

When you have two hearing aids, you can take better advan­tage of the way the brain processes sound through what’s known as binaural hearing. With normal hearing, sound signals from both ears are comparable in strength. The brain can pick out the impor­tant signals, like voices, when they’re louder than the background noise. But if you’re wearing just one hearing aid and someone talks into your unaided ear in a noisy room, the voice may sound softer than the background noise. As a result, it’s harder for your brain to give it preferential status.

It may also be harder for the brain to identify the location of particular sounds if you’re wear­ing a single hearing aid. The brain normally does this by comparing the qualities of the sound signals that come through each ear—their relative loudness, their frequencies, and the time it takes them to travel through the ears. But the brain can’t locate a sound as well if sound signals are always louder through one ear.

Wearing wireless hearing aids in both ears enhances the binaural hearing process because the hear­ing aids communicate with each other and transfer data back and forth, rather than working inde­pendently to process sound. This means they are able to maintain localization cues better than hear­ing aids working independently of each other.

Some hearing experts think that wearing two hearing aids may even help conserve hearing in the weaker ear by keeping the auditory nerve stimulated with adequately amplified sound. There’s no proof that the auditory nerves actu­ally deteriorate from inadequate stimulation, but research shows that other parts of the nervous sys­tem—most notably the brain—do suffer from lack of use.

One undisputed advantage of wearing two hearing aids is that you can set them at a lower vol­ume than if you wear just one. That’s because soft tones sound louder when the brain is receiv­ing signals from two ears rather than one. And lower volume means less feedback. If your audi­ologist recommends two hearing aids and you’re not sure that you want or need two, ask if you can use two on a trial basis. Under this arrangement, you would be fitted with two hearing aids and then, over a period of several weeks, you would decide whether you hear better with two. If not, you should be able to return one of them. Keep in mind that if you want to take advantage of wireless features, both hearing aids must be wireless.