Closing in on tinnitus treatments

New research aims to capture and eventually cure incessant ringing in the ears. 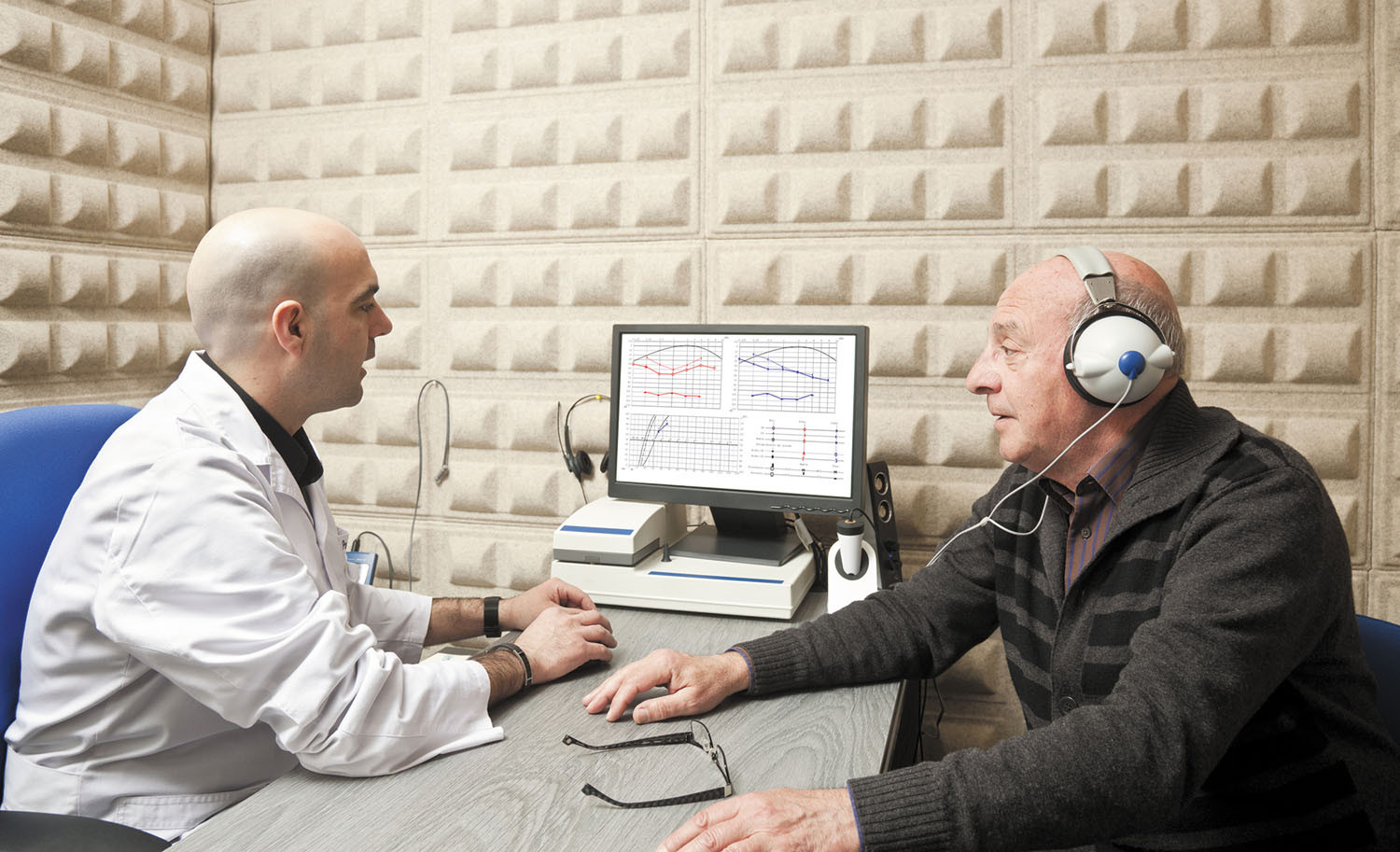 More than 50 million Americans struggle with tinnitus, a constant or recurring ringing in the ears that ranges from irritating to debilitating. Some treatments work for some people, but none seems to work for everyone.

Tinnitus is a tough condition for doctors to study. "There's no way to measure it directly. The only way we know you have tinnitus is if you tell us. Even if there were a cure, we wouldn't know how it worked because we have to rely on verbal descriptions of what your tinnitus sounds like and how loud it is," says Daniel Polley, director of the Lauer Tinnitus Research Center at Harvard-affiliated Massachusetts Eye and Ear.

But Polley and his colleagues are trying to convert tinnitus into a problem that can be measured, which is needed for diagnosis and effective treatment.

While some people describe tinnitus as a high-pitched ringing, others say it sounds more like crickets, "whooshing," or scraping. What is it?

Polley says it's a type of feedback that occurs with age. The auditory nerve connecting the ear to the brain starts to fray, diminishing normal sounds.

"In some people the brain tries to compensate for this loss of input by turning up internal volume," Polley explains. "The sensitivity knobs are turned up and now tuned into background sounds in the brain, the same way a microphone picks up the sound of itself when it's too close to a speaker."

In rare cases, the noise can be caused by a tumor or cyst pinching the auditory nerve or by a buildup of earwax.

Scientists can help you reproduce the sound of your tinnitus so that others understand what you're hearing. Polley and his colleagues have programmed a machine that allows you to control pitch, loudness, and other acoustic features until you feel it matches the sound in your head. But that's not enough to identify tinnitus.

Researchers at the Lauer Center are trying to develop a more tangible physical signature of tinnitus.

They're using hearing tests as well as measurements of electrical activity in the brain and pupil movement in the eyes (the pupils change size depending on the amount of effort used to listen), and plugging the results into a computer.

"We're measuring what makes someone with tinnitus different from someone without tinnitus. Then we use artificial intelligence to find a signature that identifies the presence of tinnitus. Our goal is to identify a physical representation of this phantom sound."

Lauer Center scientists are tackling tinnitus in other ways as well.

These researchers have been learning about the underlying biology of the problem. They've been using lab animals to figure out more about the auditory connections lost to age.

They're also researching how to regenerate and restore hearing signals from the ear to the brain. Private biotech companies are investigating this approach, too.

Potential tinnitus treatments being studied elsewhere include therapies that aim to "zap" away tinnitus with tiny amounts of electricity. The idea is to minimize the activity of oversensitive brain cells that turn up the background noise.

These experimental therapies — repetitive transcranial magnetic stimulation (rTMS) and transcranial direct current stimulation (tDCS) — deliver electromagnetic pulses to the scalp. But be careful if you're offered such a treatment.

"There's no convincing evidence that passing electrical current into your brain is going to make your tinnitus go away. You could make tinnitus worse," Polley cautions.

Sound therapy tries to mask the noise of tinnitus. The masking sound, which comes from wearable or external devices for the ear, is meant to distract overactive brain cells.

"Maskers are safe and somewhat effective," Polley notes. "You pump more signals through the remaining connections between the ear and the brain, and that can temporarily compensate for the lost connections."

These therapies only manage symptoms. They don't work for everyone, but they're all we have.

A ray of hope for some people: if tinnitus is caused by earwax or a cyst, it can sometimes be eliminated.

So talk to your doctor. Otherwise, you won't know what's causing your tinnitus and whether there's anything you can do.