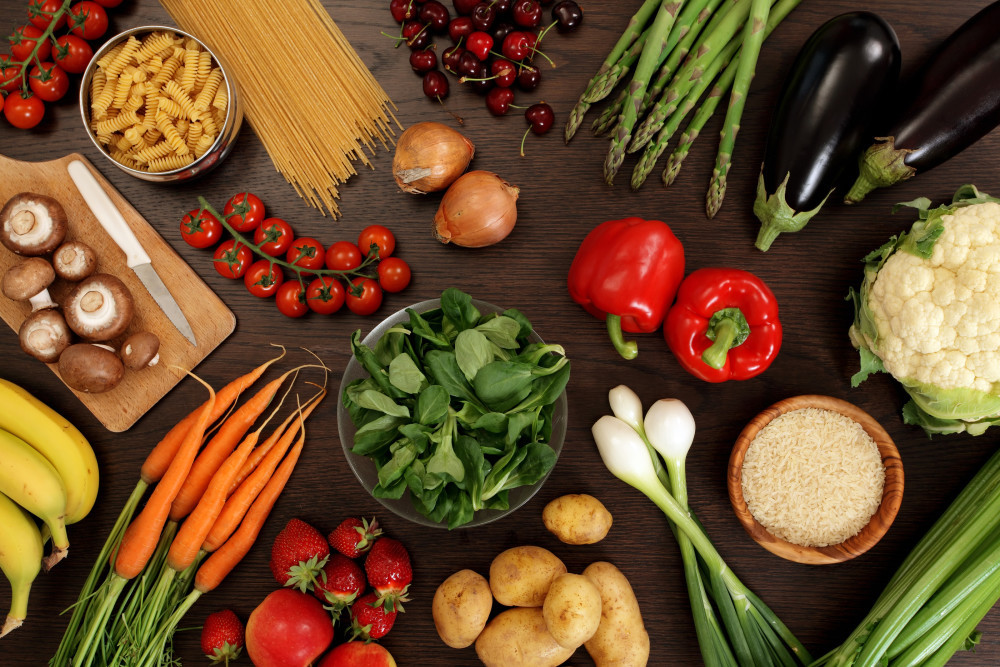 Red meat is off the table in my house. It’s not that we don’t like eating it — we definitely do. It’s just that eating red meat has been linked with an increased risk of colorectal cancer. Since this type of cancer runs in my husband’s family, we pass on pot roast and prime rib, and use turkey for tacos and burgers. Now, a new study suggests that we should go entirely meat free, but add more fish to reduce our risk even further.

Keep in mind that the study didn’t show that a vegetarian diet caused this lower risk, just that diet and risk were associated. The results were published online in JAMA Internal Medicine.

How might a vegetarian diet work some magic against colorectal cancer? “These dietary patterns may decrease insulin and insulin-like growth factors, two hormones linked to colorectal cancer, compared to the traditional American diet,” says Dr. Edward Giovannucci, a professor of nutrition and epidemiology at the Harvard T.H. Chan School of Public Health.

There are other ways a vegetarian diet may protect against colorectal cancer:

And what about the increased protection linked to eating fish? “Fish contain omega-3 fatty acids, which may be anti-inflammatory. In addition, while a vegetarian diet has many good aspects, it may be low in vitamin D; fish is one of the few natural dietary sources of vitamin D,” says Dr. Giovannucci. Higher intake of vitamin D has been linked to lower colorectal cancer risk.

Why it’s a big deal

Colorectal cancer is the second leading cause of cancer death in the United States. The name refers to cancer of either the colon, also known as the large intestine, or of the rectum, the last six inches of the digestive system.

There’s no way to prevent colorectal cancer entirely, but there’s a lot you can do to help ward it off, like maintaining a healthy weight, not smoking, drinking alcohol in moderation (if at all), and exercising. Simply changing your diet is worth noting as another strategy for preventing colorectal cancer.

Should you cut out red meat, like my family has? “The lower the red meat intake the better, especially for processed meats. It may be difficult for some people to cut it out completely, but I would encourage them to at least reduce the amount they eat,” says Dr. Giovannucci. He suggests no more than two 3-ounce servings of red meat per week.

If you’re interested in cutting out meat for good, make a gradual shift toward more plant-based protein (legumes, nuts, seeds, whole grains) over a six-month period. Stop building your meals around a hunk of chicken, beef, or pork. Put a variety of plant-based proteins on your plate and enjoy the combinations.

Since you’re already making a dietary change, make the most of it by cutting back on foods that spike blood sugar, such as refined grains and sugary snacks and drinks. Too much blood sugar forces your body to make more insulin, the hormone that helps cells use energy, and insulin has a growth-promoting effect on cancer.

Colorectal cancer is one of the easiest cancers to treat if it’s caught very early. That’s why regular testing is so important. The National Cancer Institute recommends colonoscopy screenings for all adults starting at age 50, with follow-ups every 10 years, or more often if your personal risk for cancer is higher. People with a parent or sibling who had colon cancer should begin testing before age 50.