Should you use probiotics for your vagina? 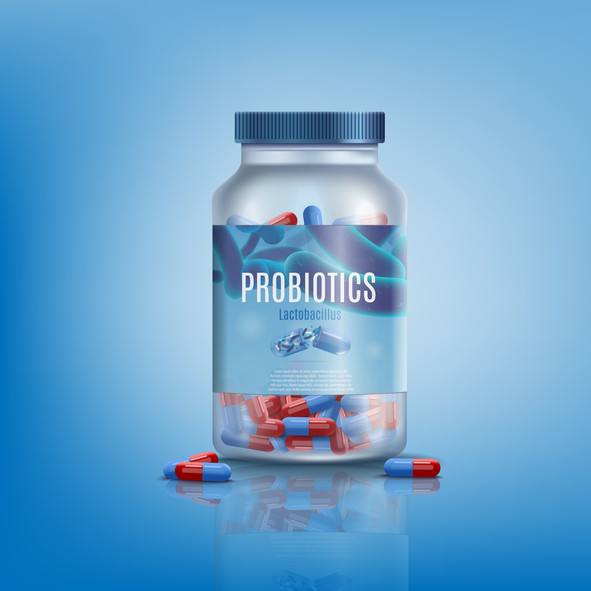 You know probiotics can be good for your gut, but does your vagina need one too? You might think so, based on probiotic marketing these days. Probiotics are in everything from drinks to pills and powders, and in many cases, are being promoted as a means of improving your vaginal health.

Women seem to be listening, says Dr. Caroline Mitchell, assistant professor of obstetrics, gynecology, and reproductive biology at Harvard Medical School. Vaginal probiotic supplements are hugely popular. This includes both probiotic pills and suppository capsules that are inserted into the vagina using an applicator.

But evidence of effectiveness is scant. “There is almost no evidence that these have benefit for vaginal health. The studies are mostly poorly done and don’t adhere to rigorous reporting standards, even if they are randomized trials,” says Dr. Mitchell. But that hasn’t stopped companies from promoting products for that purpose.

However, while today’s vaginal probiotic products should be viewed with a healthy dose of skepticism, that may change as scientific knowledge builds. Meanwhile, here’s what’s known — and unknown — about probiotics and your vaginal health.

Sorting facts about probiotics from fiction

Vaginal probiotics are touted as a way to introduce live microorganisms into your vagina to improve health. It’s true that your vagina, like your digestive tract, is teeming with beneficial bacteria and other microorganisms. When it comes to vaginal health, some common gynecological conditions are thought to be caused by an imbalance of bacteria inside the vagina. More often than not, when women seek out probiotics, they’re doing it in an attempt to ease discomfort caused by two of them: bacterial vaginosis and yeast infection, says Dr. Mitchell.

Bacterial vaginosis is the most common vaginal infection in women of childbearing age. There’s still a lot that experts don’t understand about the condition, but it is associated with an overgrowth of harmful microorganisms (such as Gardnerella vaginalis or Prevotella), which outnumber healthier types of vaginal bacteria, including a common organism called Lactobacillus.

Vaginal yeast infection also stems from an imbalance in the vagina. But in this condition, the problem is a fungus called Candida, which overcomes healthy bacteria. Candida can exist normally in the vagina without any problem, but may cause trouble if it outnumbers other microorganisms.

“There are some women who could benefit from probiotics — at least in theory,” says Dr. Mitchell. Among them are women with bacterial vaginosis or yeast infection. For example, when it comes to recurrent bacterial vaginosis, the thinking is that introducing more of the helpful lactobacilli might protect against that overgrowth of harmful organisms, and consequently reduce recurrent infections. However, proof is lacking, says Dr. Mitchell. If that theory is shown to be true, a probiotic could be beneficial, but no one is sure. And it’s not at all clear that taking a probiotic orally will help the vagina.

There are also unknowns related to vaginal yeast infection. “In the vagina, yeast and lactobacilli coexist quite happily, while in the laboratory, lactobacilli can kill yeast,” says Dr. Mitchell. So, taking probiotics isn’t a scientifically based strategy, because real-life circumstances don’t match what happens in the laboratory.

A solution springs from frustration

But sometimes women don’t respond to the standard treatments and experience recurrent problems that leave them searching for solutions. Dr. Mitchell says that some women she’s encountered are trying not only probiotic supplements, but also alternative treatments they’ve found on the Internet. These include putting yogurt-soaked tampons, tea tree oil, and even garlic cloves into their vaginas in an effort to introduce beneficial bacteria. These solutions, she says, are not only ineffective but highly inadvisable.

“It’s true that a compound in garlic, allicin, has been shown to kill yeast in a laboratory. But you cannot put enough cloves of garlic in your vagina — or take enough oral garlic capsules — to achieve the same effect,” says Dr. Mitchell. Tea tree oil also has no demonstrated benefit and can cause irritation. Yogurt-infused tampons don’t work either. Many probiotic supplements and most yogurts do contain Lactobacillus bacteria, but it’s generally not the same type of Lactobacillus found in your vagina. L. crispatus and L. iners are the most common species found in the vagina. Most probiotics and yogurt contain other species, such as L. rhamnosus or L. acidophilus, which are more common in the gut.

There also isn’t enough information to determine if introducing new bacteria using probiotics might do more harm than good. One study published in September 2018 in the journal Cell found that when people were given a probiotic after antibiotic treatment, their natural gut bacteria actually took longer to recover than did the gut bacteria of people who didn’t take the probiotic.

What I tell people is that over all, vaginal probiotics are probably a waste of money,” says Dr. Mitchell. “But if you are going to pick one and you really want to try one, the probiotics that seem to show some benefit in studies are ones containing Lactobacillus rhamnosus GR-1.”

Keep in mind that supplements, unlike medications, are not FDA-regulated. “Studies have shown that when these products are cultured, they often don’t have as much of what is on the label as promised, or don’t even contain what is on the label,” says Dr. Mitchell. The FDA has also found that some supplements contain potentially dangerous contaminants.