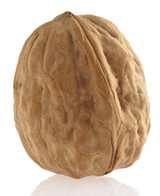 About half of men over age 40 get this test as part of a regular checkup. It measures the amount of a protein called prostate-specific antigen, secreted by the walnut-sized prostate. An above-normal PSA level can signal hidden prostate cancer. But it can also be a sign of prostate infection, an enlarged prostate, and other problems. Hunting for hidden disease in the absence of any outward signs or symptoms is called screening.

The task force’s evidence-based rationale for saying “no” to routine prostate cancer screening using the PSA test goes like this. For every 1,000 men, routine PSA testing would:

Most men and their doctors would agree that the harsh side effects of treating a life-threatening problem, like lung cancer or pancreatic cancer, are worth tolerating. But many men who are treated for prostate cancer picked up by PSA screening have tumors they never would have noticed  otherwise. These men would suffer more from prostate cancer treatment than they would from the cancer itself.

Although prostate cancer is usually slow growing, it isn’t always. An estimated 28,000 men will die of prostate cancer this year. It’s the second leading cause of cancer deaths in the United States, behind lung cancer, which will kill nearly 90,000 men this year.

Advocates of routine PSA testing say that the test saves lives. In a commentary that accompanied the USPSTF’s recommendation, nine prostate cancer specialists argue that detecting prostate cancer in younger men (meaning those in their mid-40s or 50s), who can look forward to another 30 years of life, is important. As Northwestern University’s Dr. William Catalona, one of the commentary authors, told NPR, “If all PSA screening were to stop, there would be thousands of men who would unnecessarily suffer and die from prostate cancer.” They also criticize the across-the-board recommendation, and that PSA testing should be approved for high-risk populations, such as men with a family history of prostate cancer or men of African descent.

Dr. Otis Brawley, chief medical officer of the American Cancer Society, thinks the USPSTF got it right. He believes that more than one million American men were needlessly “cured” of their prostate cancer over the last 20 years. Writing in support of the USPSTF recommendation, he points out that

Americans have been taught for decades to fear all cancer and that the best way to deal with cancer is to find it early and treat it aggressively. As a result, many have a blind faith in early detection of cancer and subsequent aggressive medical intervention whenever cancer is found. There is little appreciation of the harms that screening and medical interventions can cause.

The USPSTF was asked to do some heart-rending calculus: What is one prostate cancer death prevented worth?

To the person whose life it is, and his family, the answer is simple: priceless. The answer will be different for men whose prostate cancer was identified by PSA testing, who were treated unnecessarily for a cancer that never would have threatened their health, and who can no longer get erections, who need diapers or other aids to cope with urinary incontinence, or who have long-lasting bowel problems.

“I explain to my patients that getting a PSA test may lead to a treatment that will remove a cancer from their body but that may cause erectile dysfunction and incontinence,” says Dr. Komaroff, “They often reply that the side effects are worth eliminating the cancer. Then I tell them that there is only a small chance that their cancer will actually spread and cause suffering, but that I do not have a test that can determine what the chance is. Some say, ‘Then take it out.’ But others say, ‘Then let’s just watch it.’ I think the patient needs to participate in the decision about PSA testing.”

The USPSTF recommendation won’t be the last word on PSA testing. Men still have a choice.

I’ve been telling my doctor for years that I don’t want it. If you do, talk with your doctor. But before you get your blood drawn, realize that a high PSA might start you on a path to biopsy and treatment that will likely cause more harm than good.