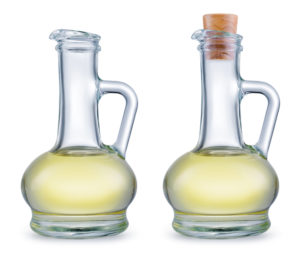 Coconut oil has developed a cultlike following in recent years, with proponents touting benefits ranging from body fat reduction to heart disease prevention. Sadly for devotees, the evidence to support these assertions remains rather sparse.

But there is plenty of research to suggest that other plant-based oils have advantages over their animal-derived counterparts, particularly when it comes to heart health. So which is best? While no specific type should be hyped as a panacea, one variety isn’t getting the press it deserves: olive oil.

The case for olive oil continues to grow

Olive oil is a staple fat in the Mediterranean diet, and its previously publicized benefits have largely relied on examining its use by European populations. This information is useful, but looking at olive oil within the context of American diets provides us with stronger data to guide dietary choices here at home.

A recent study published in the Journal of the American College of Cardiology looked at adults in the United States and found that replacing margarine, butter, or mayonnaise with olive oil was associated with reduced cardiovascular disease (CVD) risk. This is particularly notable because Americans tend to consume less olive oil than our European counterparts. In the US, high consumers averaged a little less than one tablespoon of olive oil a day, whereas daily intake in studies examining Mediterranean populations has been as high as three tablespoons.

After taking demographic and lifestyle factors into consideration, those consuming more than half a tablespoon per day had a reduced risk of developing CVD compared to those using olive oil infrequently (less than once per month). Consuming more olive oil was also associated with a decreased likelihood of dying from CVD. Even slight increases in olive oil consumption, like replacing roughly a teaspoon of margarine or butter each day with a similar amount of olive oil, had advantages.

Olive oil was also correlated with a reduction in inflammatory compounds that may contribute to the progression of CVD. Olives contain plant chemicals called polyphenols that may help reduce inflammation. Using virgin olive oil, which is extracted through mechanical rather than chemical means, is thought to offer higher levels of protective plant compounds than refined olive oils. Extra virgin olive oil (EVOO) is a product of the preferred, mechanical processing.

Though we need more research, these polyphenols may also extend benefits to other areas of the body, like the brain. For instance, along with other healthy diet habits like eating leafy greens, primarily using olive oil when cooking has been associated with combating the decline in brain function that happens as we age.

How does coconut oil compare?

Proponents of coconut oil cite the medium-chain fatty acids it contains as a benefit because of the unique way these fats are digested. It’s claimed these fats offer advantages related to weight loss and cholesterol, though these assertions remain controversial. Regardless, lauric acid, the primary fat found in coconut oil, is thought to behave differently from other medium-chain fats, and may not deliver as promised.

In a recently published study in the journal Circulation, which compiled data from a variety of trials, coconut oil did not show benefits related to waist circumference or body fat compared to other plant-based fats. Coconut oil, a tropical plant oil, also did not fare as well as nontropical plant oils, like olive oil, with respect to reducing other cardiac risk factors. In fact, coconut oil increased low-density lipoprotein (LDL) cholesterol, the kind associated with an increased risk of heart disease.

Coconut has been an important fat in a variety of traditional diets in Asia, and is touted to impart health benefits within these communities, including fewer cardiac complications and premature deaths. However, these diets often feature minimally processed coconut products, like coconut flesh, which are also higher in nutrients like fiber. Lifestyle habits in these Asian communities also typically include eating more fruits, vegetables, and fish than in many American diets.

That said, extra virgin coconut oil, which can be purchased in the United States, is arguably less processed, and often refined in a manner similar to EVOO. A recent trial published in BMJ Open looking at extra virgin coconut oil did not show an increase in LDL cholesterol when compared to EVOO during a four-week period. (Both oils performed better than butter.) Unfortunately, there are not enough human studies involving extra virgin coconut oil to support its use as a primary fat in our diets. Nor do we have information about its long-term effects here in the US.

And the winner is… olive oil

The benefits of using nontropical plant-based oils remain very promising, making olive oil a natural choice in the kitchen. Try oil and vinegar on a fresh summer salad, or in place of mayo in potato or tuna salad. Consider a drizzle of olive oil instead of a pat of butter or margarine when cooking vegetables. And keep coconut fat to occasional use, say, to enhance the flavor of a vegetable curry, or as a substitute for butter in baked desserts.