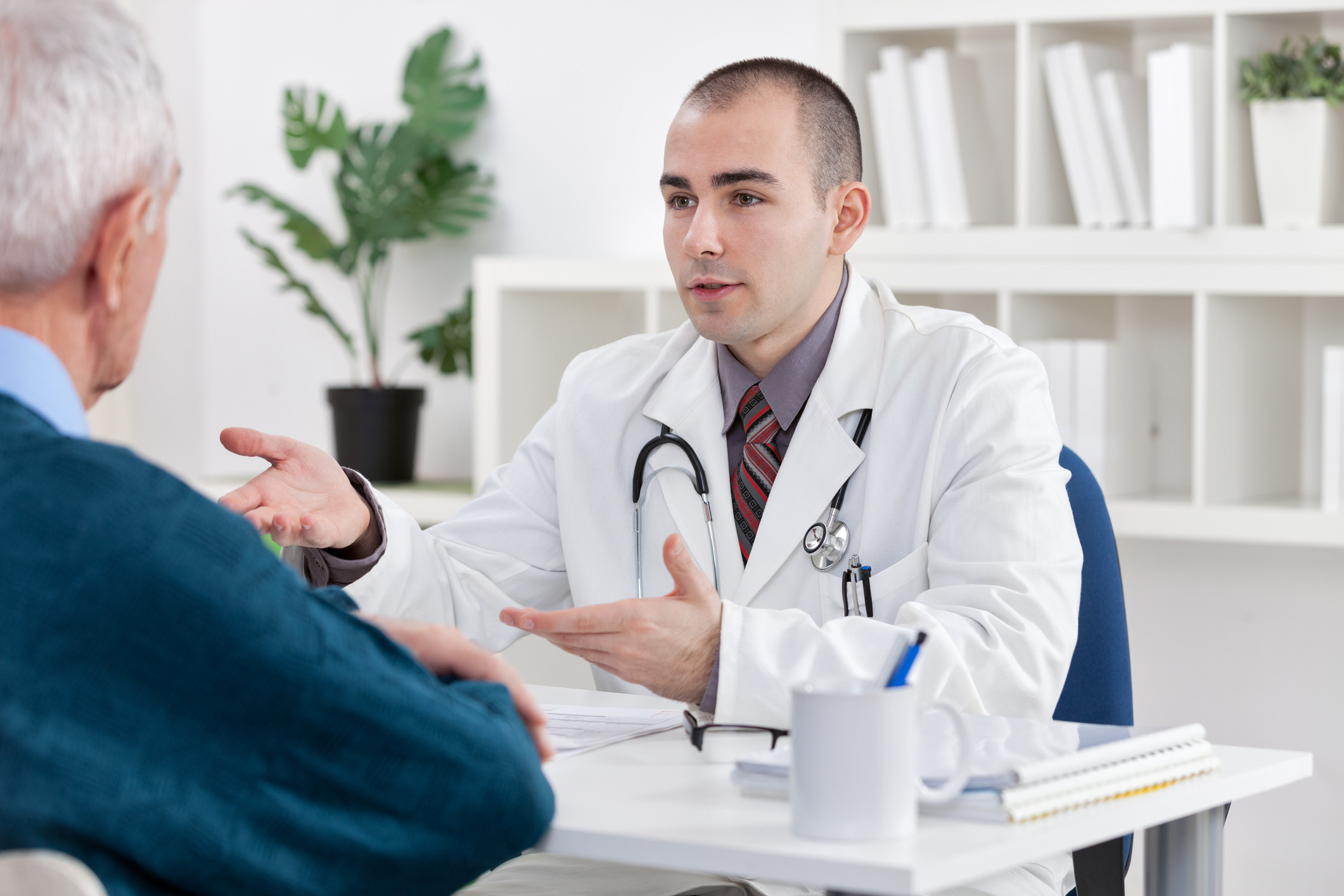 Following surgery to remove a cancerous prostate gland, some men experience a biochemical recurrence, meaning that prostate-specific antigen (PSA) has become detectable in their blood. Since only the prostate releases PSA, removing the gland should drop this protein to undetectable levels in the body. Detecting PSA could signify that prostate cancer cells are lingering, and forming new tumors before they can be seen with modern imaging technology. PSA isn’t always reliable for cancer screening, but it is a very sensitive marker of new cancer growth after initial treatment.

Doctors usually treat biochemical recurrence by irradiating the prostate bed, or the area where the gland used to be. Studies have shown that this treatment, which is called salvage radiation, helps to minimize the risk that prostate cancer will return and spread, or metastasize. But when to initiate salvage radiation has been open question, since PSA will also rise if small amounts of benign prostate tissue have been left behind after surgery. Many times, doctors don’t know if biochemical recurrence is really cancer, so they wait to see if the PSA levels will rise any further.

In October, researchers reported that giving salvage radiation as soon as PSA is detected could substantially reduce the risk of metastasis. “We found that early intervention with radiation could potentially improve cure rates,” said Rahul Tendulkar, M.D., a radiation oncologist at the Cleveland Clinic, and the study’s first author. “There’s no need to wait until PSA crosses an arbitrary threshold.”

Tendulkar and his colleagues combined nearly 2,500 post-surgical patients treated with salvage radiation at 10 different academic hospitals between 1987 and 2013. Of those men, 599 had cancers with a low risk of progression, while the others had higher-risk disease that was in some cases spreading into nearby tissues. Some of the men also had positive surgical margins, meaning that cancer cells might still be lurking next to where the prostate was removed.

According to their results, the incidence of metastases at five years following surgery was 9% among men given salvage radiation for PSA levels ranging from 0.01 to 0.2 nanograms per milliliter (ng/mL). By contrast, the metastasis incidence rate was 15% among men treated for PSA levels of 0.2 to 0.5 ng/mL. Both the American Urological Association and the American Society of Radiation Oncology recommend that salvage radiation be given when PSA levels reach or exceed 0.2 ng/mL. But Tendulkar says that level was defined years ago, before ultra-sensitive methods for detecting PSA became widely available.

“In this newer era of ultra-sensitive PSA testing we didn’t know if giving salvage radiation at lower levels would make a difference or not,” Tendulkar said. “Now we know that it does.”

Tendulkar says the decision to initiate salvage radiation can also be influenced by other factors, such as age, other health problems, and the aggressiveness of the cancer he was diagnosed with.

In an accompanying editorial, Paul Nguyen, M.D., a radiation oncologist at Dana Farber Cancer Institute, in Boston, MA, and an associate professor at Harvard Medical School, wrote that Tendulkar’s study “will become the gold standard” for men considering salvage radiation after surgical treatment for prostate cancer.

But the study doesn’t address an important question: Should men with high-risk cancer consider getting radiation after surgery even before PSA increases are detected? Studies designed to answer that question are now ongoing.

“This important study provides some much needed guidance that comports with my own clinical experience,” said Dr. Marc Garnick, the Gorman Brothers Professor of Medicine at Harvard Medical School and Beth Israel Deaconess Medical Center, and editor in chief of HarvardProstateKnowledge.org. “Patients should be aware that complications such as erectile problems and urinary side effects will likely worsen with salvage radiation.”