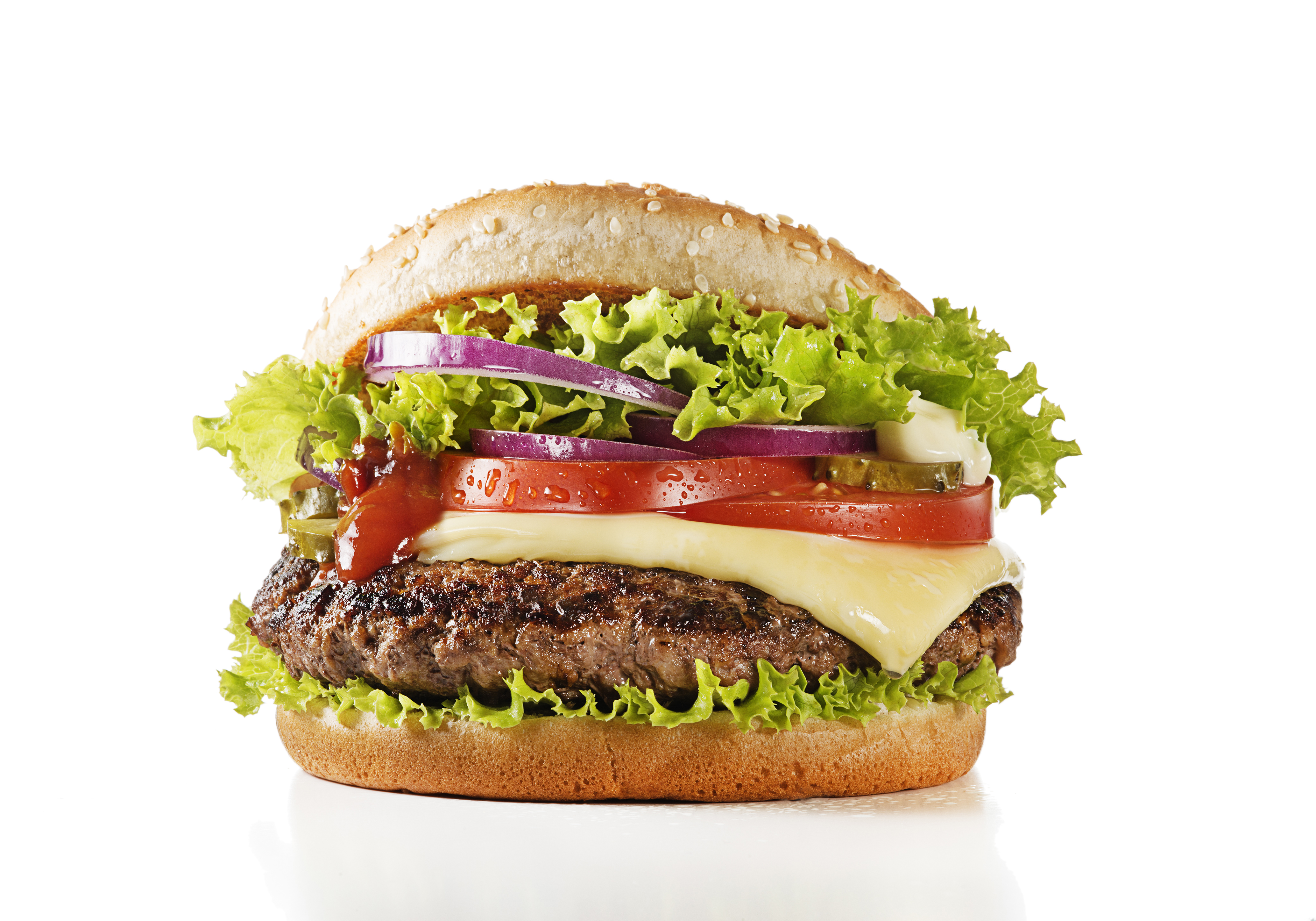 Plant-based burgers are not a novel concept. But new products designed to taste like meat are now being marketed to vegetarians and meat-eaters alike. Impossible Burger and Beyond Meat’s Beyond Burger are two such options. Eating these burgers is touted as a strategy to save the earth, casting meat as a prehistoric concept. Both brands also offer up their products as nutritious alternatives to animal protein.

But how do they stack up? It turns out the answer may depend on whether your priorities lie with your personal health or the health of the planet.

The good news: Meatless burgers are a good source of protein, vitamins, and minerals

The protein content of these newer plant-based burgers has been created to compete with beef and poultry gram for gram. Both the Impossible Burger and Beyond Burger have comparable amounts, the former deriving protein mainly from soy and the later from peas and mung beans.

Impossible Burger also adds vitamins and minerals found in animal proteins — like vitamin B12 and zinc — in amounts equal to (and in some cases, greater than) both red meat and poultry. This is a plus for vegetarians, because these nutrients are typically harder to come by when relying solely on foods from the plant kingdom. Vitamin B12, for instance, is found primarily in animal sources, and strict vegetarians and vegans must get their intake from fortified sources. What’s more, plant compounds such as phytic acid bind to minerals, which can increase requirements of zinc by 50% and may necessitate consuming about two times as much iron. For those who eat at least some animal protein, the vitamin and mineral fortification is less of a selling point.

This doesn’t mean a plant-focused diet is lacking in nutrients. Beans, for instance, are a good source of both zinc and iron. They are also an important protein resource. Black bean burgers are never going to be mistaken for hamburgers, but they are typically a solid choice when it comes to health.

The bad news: Meatless burgers are heavily processed and high in saturated fat

The same can’t necessarily be said of the aforementioned beef substitutes, which have been created to mimic what many people love about a burger — the red juicy center and meaty taste. Along with the ambition to replicate hamburgers comes a comparable amount of saturated fat. Since diets higher in saturated fat are associated with increased rates of both heart disease and premature death, they may not be the type to opt for if your ambitions are purely health-related. They are also a significant source of sodium, particularly for those on salt-restricted diets.

Even though legumes are sourced for protein in the branded meatless options, their health benefits are somewhat blunted by the high degree of processing involved. For instance, moderate amounts of whole soy foods, like edamame (soybeans), have been linked to reduced rates of cancer. This protection is often attributed to isoflavones, a subgroup of plant compounds called flavonoids thought to provide health benefits. Unfortunately, in the case of the Impossible Burger, one serving contains less than 8% of the isoflavones found in one serving of whole soy foods (one serving is roughly a quarter of a block of tofu or 1 cup of soymilk).

Poultry-based burger alternatives, such as turkey burgers, also do not contain significant amounts of protective plant compounds. On the other hand, they offer less saturated fat.

If a lower risk of diseases like cancer and heart disease is your ultimate goal, aim for the kind of veggie burgers that showcase their beans, grains, and seeds front and center. Choose legume-based varieties studded with seeds and whole grains, like brown rice and quinoa.

The bottom line: Meatless burgers are good for the planet, but not always good for our health

If you love the taste of a burger, but find the sustainability of raising cattle hard to stomach, beefless alternatives that mimic the real thing are worth a try. Producing the newer, plant-based burgers requires considerably less water and generates substantially less greenhouse gas emissions compared with traditional beef burgers. This is certainly an important consideration for the well-being of our planet, but they may not be the best option for the health of our bodies.