Going gluten-free just because? Here’s what you need to know 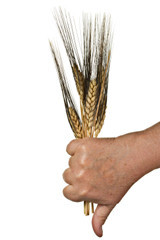 For people who can’t tolerate gluten, a protein found in wheat, rye, and barley, this abundance is a blessing. But lately it’s become hip to go gluten-free. Based on little or no evidence other than testimonials in the media, people have been switching to gluten-free diets to lose weight, boost energy, treat autism, or generally feel healthier. This doesn’t make much sense to Dr. Daniel A. Leffler, director of clinical research at the Celiac Center at Beth Israel Deaconess Medical Center in Boston.

"People who are sensitive to gluten may feel better, but a larger portion will derive no significant benefit from the practice. They’ll simply waste their money, because these products are expensive," says Dr. Leffler, who is also an assistant professor of medicine at Harvard Medical School.