Will the COVID-19 pandemic change the genes — and health — of future generations? 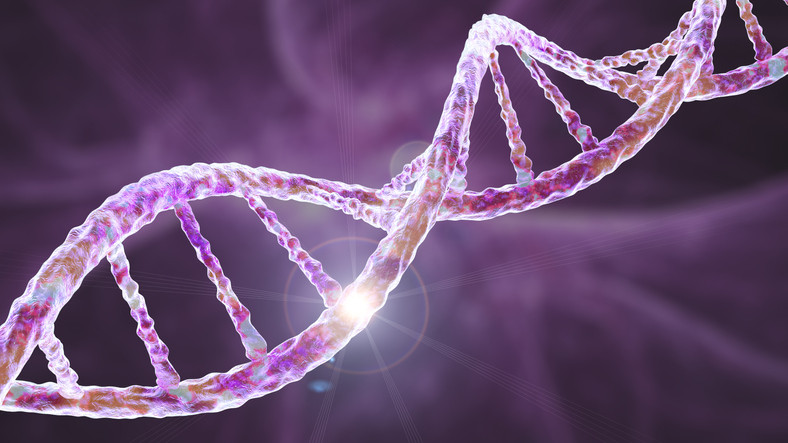 Most people alive today have witnessed only one pandemic: COVID-19. But pandemics are nothing new; medical historians have documented nearly 20 major pandemics in the last 1,500 years. And while the last several years have been tough, they pale by comparison to the mid-1300s, when the pandemic dubbed the Black Death was raging and those infected usually died.

The Black Death wiped out as much as half the population of Europe, the Middle East, and Africa. Now, scientists are asking whether survivors of that pandemic had a genetic advantage that allowed them to avoid infection, and if so, what lessons might be drawn for survivors of our current pandemic?

Back in the 1300s, people did what they could to avoid infection. That mostly meant trying to separate the sick from the healthy. But there seemed to be a lot of luck involved in who became infected, who lived and who died. The cause of this plague was entirely mysterious to those living through it. Much later, researchers learned that a bacterium, Yersinia pestis, was the cause, most likely spreading from rodents to fleas to humans.

Recently, researchers extracted DNA from the bones of people who perished during the time of the Black Death and compared it to those who survived that pandemic. They found some important differences: survivors were more likely to carry genes that helped their immune systems fight off the infection. So, perhaps surviving the Black Death wasn’t so random after all.

But the researchers also noticed some other remarkable things:

An evolutionary process called selective pressure encourages the survival of favorable genes in a population and discourages unfavorable genes. If any living organism survives long enough to pass favorable genes to the next generation, the species benefits by avoiding potential extinction.

A good example of selective pressure is antibiotic resistance. Let’s say you’re treated with an antibiotic for pneumonia caused by bacteria. The antibiotic is intended to kill the bacteria so that you can recover. But a few bacteria may have a mutation or genetic variation that allows them to survive and flourish despite antibiotic treatment.

As their bacterial brethren are wiped out, the resistant ones thrive, multiply, and pass along their genetic information — including genes that determine antibiotic resistance — to later generations of bacteria. In this example, antibiotic treatment applies selective pressure that encourages (selects for) the development of resistant bacteria: great for the bacteria, though bad, of course, if you’re the person with pneumonia.

Selective pressure has led to adaptations like the ability of chameleons to evade predators by changing color; desert plants able to thrive on minimal water; and humans with our large brains, opposable thumbs, and even our ability to digest milk. COVID-19 variants are another good example: mutations allow the coronavirus responsible for our current pandemic to survive despite vaccinations and antiviral treatments.

In people, genetic changes of this sort usually take hundreds of years. The genetic impact of the Black Death was much faster, presumably because the pandemic was so large and killed so many people before they reached reproductive age. Those with favorable genes made up such a large proportion of survivors that the population’s gene pool changed quickly.

Clearly, though, beneficial genes that take hold in a population may come at a price. We don’t yet know why genes that helped protect against the Black Death might increase the risk of autoimmune disease. Possibly they carry instructions for a particularly vigorous immune system that is able to fight off a dangerous infection, but is also imprecise in its attack or prone to overreaction, leading to the friendly fire of autoimmune illness.

An advantage at one time and in a particular place may come at a price for future generations. For example, genes that cause red blood cells to assume a sickle shape help people resist infection with malaria. Inheriting sickle genes from one parent can be protective, but inheriting sickle genes from both parents causes sickle cell anemia, a potentially life-threatening disease on its own.

Will COVID-19 alter the genes of the world’s population?

Considering the story of the Black Death, you might wonder: will the COVID-19 pandemic have a large impact on the genetic makeup of the world's population through selective pressure? Experts believe that’s unlikely. Even though COVID-19 has killed millions of people worldwide, most of its victims were older. Selective pressure is most powerful when applied to a population before the age of reproduction, as described above.

And curiously, some genes associated with the risk of developing severe COVID appear to lower the risk of certain autoimmune diseases. For now, why that might be remains a mystery.

Surviving the Black Death was no small feat, and likely owed more to genetics than anything else. But gene variations good for our ancestors may be far less beneficial now. These new insights into the Black Death and how selective pressure may contribute to future disease could prove useful to our descendants as they face pandemics of their own.