Be vigilant about bug spray 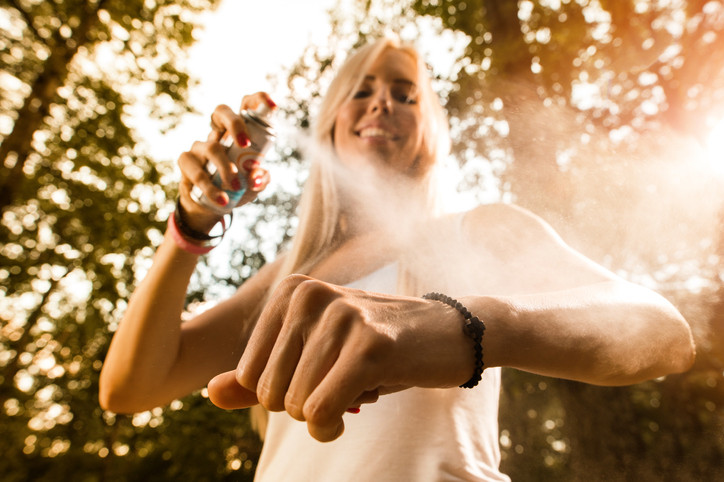 Ticks and mosquitoes don’t care about COVID-19 safety protocols. They don’t care that people are trying to squeeze out the last moments of this restrictive summer by getting outdoors, hiking, or just sitting on their decks at night and feeling something that’s close to normal.

COVID-19 has commanded our attention and caused people to adapt their behaviors to prevent one major health concern, but it doesn’t mean others have been eliminated. “Masks and social distancing will do nothing to protect you from what ticks and mosquitoes potentially carry,” says Dr. Todd Ellerin, director of infectious diseases and vice chairman of the department of medicine at South Shore Hospital in Weymouth, Massachusetts, and an instructor in medicine at Harvard Medical School.

Ellerin adds another reason to remain vigilant: tick-borne illnesses and COVID-19 share symptoms, such as fevers, achiness, fatigue, sore throats, rashes, headaches, low white blood cell counts, and elevated liver functions. One illness can be confused for the other, and health care resources are used up in the process. “It adds another level of diagnostic confusion,” he says. It means taking the necessary precautions becomes more important now, but the upside is one repellent is effective for both insects.

What are some common tick- and mosquito-borne illnesses?

This list isn’t exhaustive, but common infections associated with ticks include Lyme disease, anaplasmosis, and babesiosis. They all can occur nationwide, but the highest concentrations are in the northeast and Midwest. Borrelia miyamotoi is relatively new and rare, according to the Centers for Disease Control and Prevention, so questions about where it’s most prevalent are still being explored. And with Rocky Mountain spotted fever, over 50% of cases come from five states in the southeast and Midwest.

Common mosquito infections include malaria, Zika, West Nile, and Eastern equine encephalitis (EEE). The CDC calls EEE rare, but Ellerin says that last year there was a spike. Massachusetts, for example, had 12 cases after reporting none from 2014 to 2018. The concern with EEE is that the virus usually runs in two-to-three-year cycles, and approximately 30% of people who become infected will die from it; that’s why mosquitoes shouldn’t be ignored. “Globally, mosquitoes actually are the most dangerous animal, causing the most deaths,” says Ellerin.

Bug spray is a safe and effective prevention strategy

Taken all together, the risks of contracting a serious illness from a tick or mosquito can seem overwhelming. However, it may be reassuring to know that over-the-counter bug sprays work well to repel ticks and mosquitoes through one of three common active ingredients: oil of lemon-eucalyptus, picaridin, or diethyltoluamide, better known as DEET. Permethrin is another one, but it’s an insecticide and is designed to be used on clothing, not skin. Ellerin says that whichever bug spray ingredients you choose, they’re safe and effective when used according to their labels.

Find the repellent that’s right for you

The choice may just come down to preference or need. DEET is the most well-known, but it can cause irritation, says Dr. Abigail Waldman, clinical director of the Mohs and Dermatologic Surgery Center at Brigham and Women’s Hospital, and assistant professor at Harvard Medical School. If that’s the case, picaridin is best for sensitive skin. Some people may prefer not to use a chemical, so oil of lemon-eucalyptus is a good option. There are two caveats, she says. It’s not recommended for children under 3 years old, and a botanical can still cause a rash; for that, after you wash with soap and water, apply an emollient, such as Vaseline or Aquaphor.

No matter what type of bug spray you choose, the concentration of the active ingredient that repels ticks and mosquitoes is important. Waldman says with DEET, you want at least 20%, but no more than 50%. With picaridin, it’s 5% to 20%. And with oil of lemon-eucalyptus, a 10% to 30% concentration is most effective.

How to safely use it

Pay attention to how you apply bug spray. Cover all exposed skin; don’t forget your head, Waldman says. For your face, spray it onto your hands first and then apply. Ellerin adds to spray your ankles and tops of shoes for low-lying ticks. And as a further means of prevention, it helps to walk on clear paths, avoiding tall grass where ticks like to reside. Wear clothes that cover your extremities and tuck pant legs into your socks. At home, mow your lawn frequently, clear away brush, and keep play areas away from shrubs, bushes, and wooded areas.

Waldman says that each parent knows the abilities of their kids, but young children shouldn’t handle bug spray on their own. The concern is that it would go into eyes, noses, ears, or mouths, and that young children tend to put their fingers in their mouths. At high exposure it can be toxic, so it’s good to avoid ingesting it at any level, and it’s a good idea for everyone to wash their hands after putting on repellent, she says.

If you’re planning to be in the sun, apply sunscreen first since it needs to sink in, then bug spray, and reapply sunscreen every 60 to 90 minutes since the repellent reduces effectiveness. As for the repellent, it usually lasts six to eight hours. If it hasn’t worn off by bedtime, you’ll want to wash it off with soap and water, as it can be irritating if left on overnight. Unless you are camping overnight in an area with ticks or mosquitoes, you don’t want it sitting on your skin if insects aren’t a concern. “If you don’t need it on, get it off,” Waldman says. 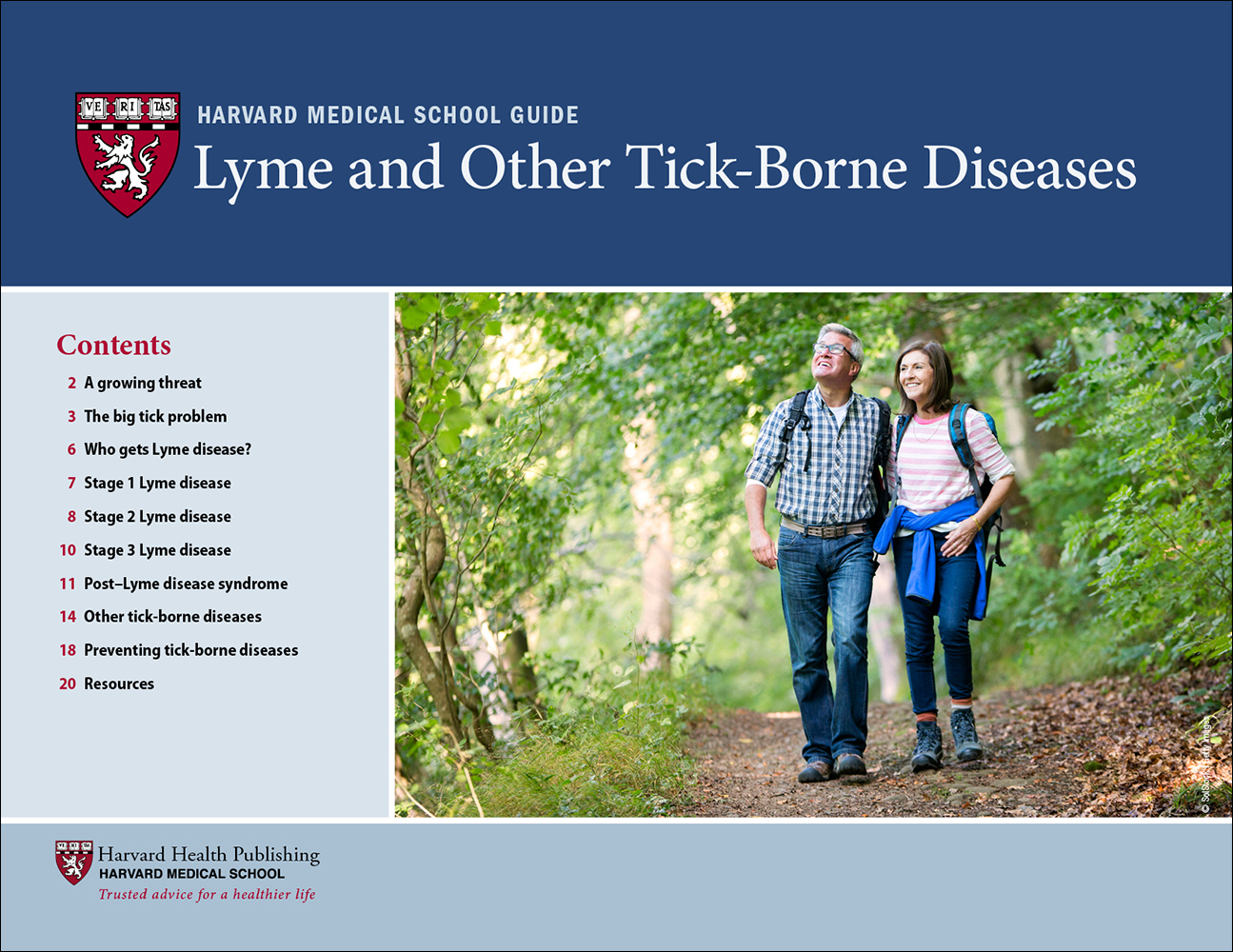 Lyme and Other Tick-Borne Diseases

This guide examines the challenges of prevention and diagnosis of tick-borne diseases to help you seek the most appropriate treatment for your symptoms. It examine ticks, their life cycles, and some of the diseases they spread, such as babesiosis, ehrlichiosis, and Rocky Mountain spotted fever. The guide takes a close look at Lyme disease, including diagnosis, treatment, and prevention. 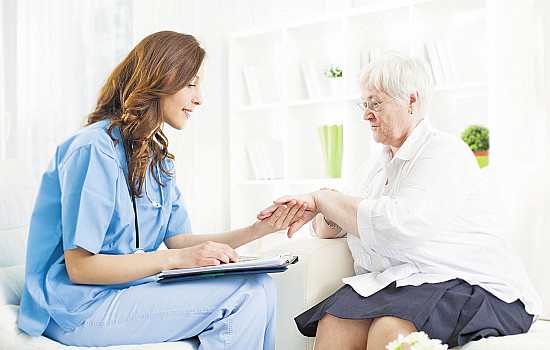 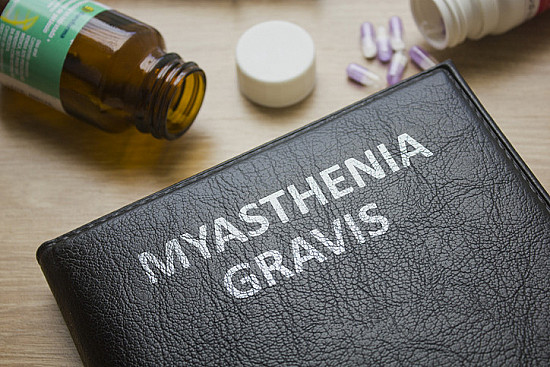 How is treatment for myasthenia gravis evolving? 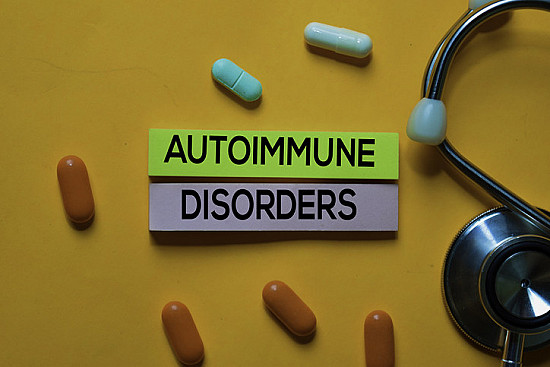 Does lupus or arthritis affect your prognosis if you get COVID-19?