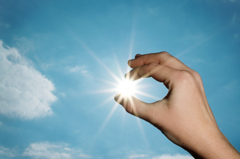 How much vitamin D is enough, and what’s the best way to get your daily dose of the so-called sunshine vitamin? It depends who you ask.

I just attended the latest Forum at the Harvard School of Public Health. The title, “Boosting Vitamin D: Not Enough or Too Much?” was a tip-off that we weren’t going to get a simple take-home message. (Watch a video of the event beginning Wednesday, March 30.)

Some background: Vitamin D isn’t really a vitamin. It’s a hormone. The body makes it when sunlight strikes the skin. This converts a cousin of cholesterol into a substance that ultimately becomes vitamin D. It is best known for helping the digestive system absorb calcium and phosphorus, so it is important for bone health. New research suggests—emphasis on suggests—that vitamin D may also be involved with regulating blood pressure, fighting cancer, and improving the immune system.

In November 2010, a panel of experts assembled by the Institute of Medicine presented its recommendation for vitamin D: 600 international units (IU) for everyone aged 1 to 70, and 800 IU for those over age 70. This was a substantial boost from the previous recommendation of 400 IU. JoAnn E. Manson, an IOM panelist, told the Forum that the new recommendations would help make sure that an estimated 97.5% of Americans were getting enough vitamin D to keep bones healthy.

Willett and Dawson-Hughes say the evidence from large follow-up studies shows that taking higher amounts of vitamin D is safe and will help prevent disease.

All of the talk focused on taking vitamin D pills or fortifying food with it, not about getting it the way humans have for millions of years—from the sun. It’s a hot-button issue, since too much exposure to the sun can cause skin cancer.

So here’s my take from the Forum: If you’re between the ages of 1 and 70, get at least 600 IU of vitamin D a day, or at least 800 if you’re over 70. Food is the best way to get most vitamins, but not vitamin D. Only a few foods—salmon, tuna, sardines, milk, and fortified cereals—can give you more than 100 IU per serving. Supplements are the simplest, safest way to get vitamin D.

Being of sound mind and body, and responsible for my actions only, I also get my vitamin D the old-fashioned way. It’s a sunny afternoon, and I’m going out for a walk.