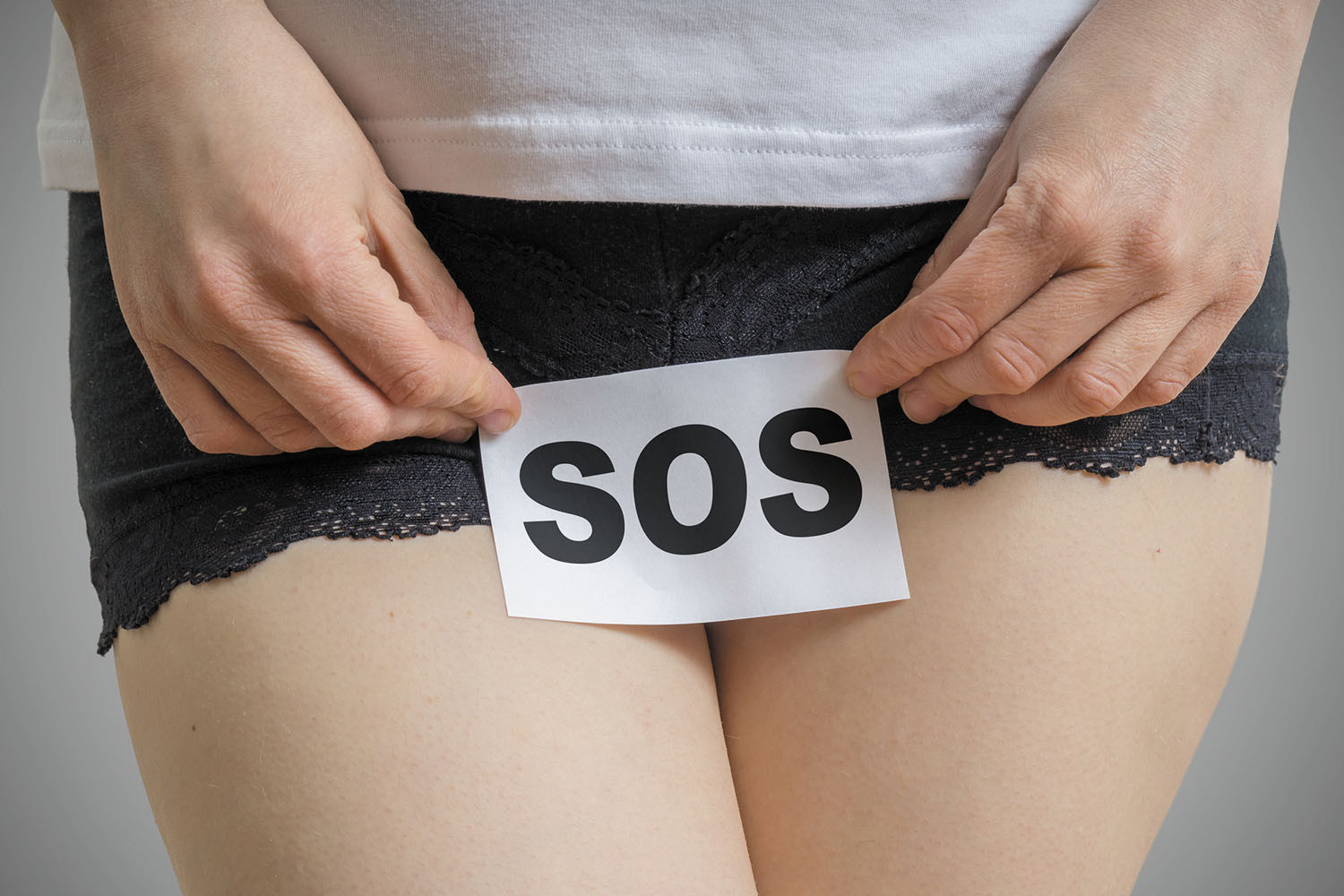 Vaginal dryness occurs in women of all ages, but it becomes much more common after menopause. It's estimated that the problem affects about half of postmenopausal women — most of whom, possibly as many as 90%, don't seek treatment for their symptoms, which include not only dryness, but also irritation and pain during sexual intercourse.

The North American Menopause Society and the International Society for the Study of Women's Sexual Health refer to this combination of menopausal symptoms, which are brought on by a drop in the body's estrogen production, as genitourinary syndrome of menopause (GSM).

GSM can significantly reduce quality of life, similar to other chronic conditions. While other menopausal symptoms, such as hot flashes, typically decline over time, vaginal dryness tends to linger because it results from physical changes in the vagina — specifically atrophy of tissues, which become thinner, drier, and less flexible because of estrogen loss.

Many women see it as part of aging and just sort of deal with it. But half of women don't get these symptoms as they age. So, it's not just a part of aging. However, while existing treatments for this condition can definitely help symptoms, they fall short of a cure for most women.

The results of a study that compared two common treatments for GSM, vaginal estrogen and a vaginal moisturizer, was published in the May 2018 issue of JAMA Internal Medicine. The researchers found that vaginal estrogen, the vaginal moisturizer, and a placebo gel used for comparison all performed about the same when it came to relieving vaginal dryness, irritation, and pain in postmenopausal women.

Study subjects were divided into three groups. The first group inserted a tablet of estradiol (a type of estrogen) into the vagina daily for two weeks, and later twice a week, in addition to applying a placebo gel three times a week. The second group used a placebo tablet and a vaginal moisturizer at the same intervals. The third group used the placebo gel only for the entire study period.

The researchers found that the vaginal estrogen tablet and the vaginal moisturizer both relieved symptoms in the women who used them by 50% to 70%. But surprisingly, the placebo treatment performed equally well.

The placebo effect is a real biological thing. Mental state can affect the biology of the body's organs. A placebo generally works about 30% of the time. But in this case, the placebo worked even better than usual, which may have reflected the specific properties of the gel selected for the placebo. While the gel was chosen for the fact that it would be neutral and not disrupt the environment inside the vagina, it was also slippery. Its lubricating properties may have actually helped to treat the vaginal dryness.

In some ways, the study provided good news. The vaginal moisturizer, which is less expensive than vaginal estrogen, worked just as well as the estradiol tablet. Vaginal estrogen formulations aren't always fully covered by insurance and if not, can cost from $82 to $200 for a one-month supply, according to study authors. A leading vaginal moisturizer costs $20. Some common brands include Replens and K-Y. But the negative was that not everyone got better. Existing treatments don't get people to zero symptoms.

Ultimately the choice of treatment really comes down to what each woman is most comfortable with.

Getting help for vaginal symptoms

If you are experiencing symptoms related to GSM, it's worth a visit to your doctor. Symptoms similar to those of GSM are sometimes caused by another condition. There are a few dermatological conditions that may cause similar symptoms, including lichen sclerosus, which causes thin, patchy white skin on the genitals, and lichen planus, which causes purplish, itchy bumps on mucous membranes and other areas of the body. Less commonly, the same symptoms can result from a precancerous condition called dysplasia. Symptoms caused by a vaginal yeast infection or herpes virus may also mimic GSM.

Once other conditions are ruled out, your doctor can work with you to find solutions for GSM, whether that includes a vaginal moisturizer, vaginal estrogen, or another treatment.

Other measures that can help

Your doctor may also recommend that you use a lubricant during sex or may offer other forms of hormone therapy.

In addition to other treatments, a good skin care regimen can help hydrate your vaginal tissues, just as it can help dry skin on other areas of your body. Regular lotions aren't great for the vulva. If you don’t mind the messiness, you can try coconut oil, Vaseline, or even olive oil as a moisturizer.

Also, beware of potential vaginal irritants, such as pads for urinary incontinence. These pads can inflame skin, as can scented detergents and certain underwear fabrics. Generally, cotton underwear is the best choice to wear on a regular basis.