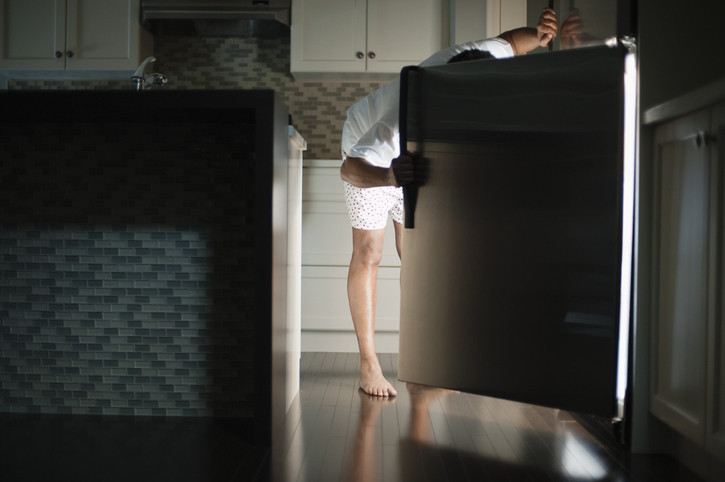 It’s not enough to think about what you eat to maintain a healthy weight. When you eat — the time of day — is also important, according to a small randomized controlled trial published Oct. 4, 2022, online by Cell Metabolism. Harvard researchers asked 16 overweight or obese people to test two different meal schedules with identical diets. On the first schedule, for six days in a row, participants ate breakfast, lunch, and dinner, but finished the last meal six-and-a-half hours before bedtime. On the second schedule, for another six days, the same meals were bumped four hours later in the day, ending two-and-a-half hours before bedtime. During the study, scientists measured participants’ appetite-regulating hormones, body temperatures, calorie expenditure, and fat cells. Eating later in the day increased participants’ hunger, decreased the number of calories they burned, and promoted fat storage. Over time, those effects could lead to weight gain. So while it won’t hurt to have an occasional late supper, try not to make it a habit.