Onset of depression more complex than a brain chemical imbalance 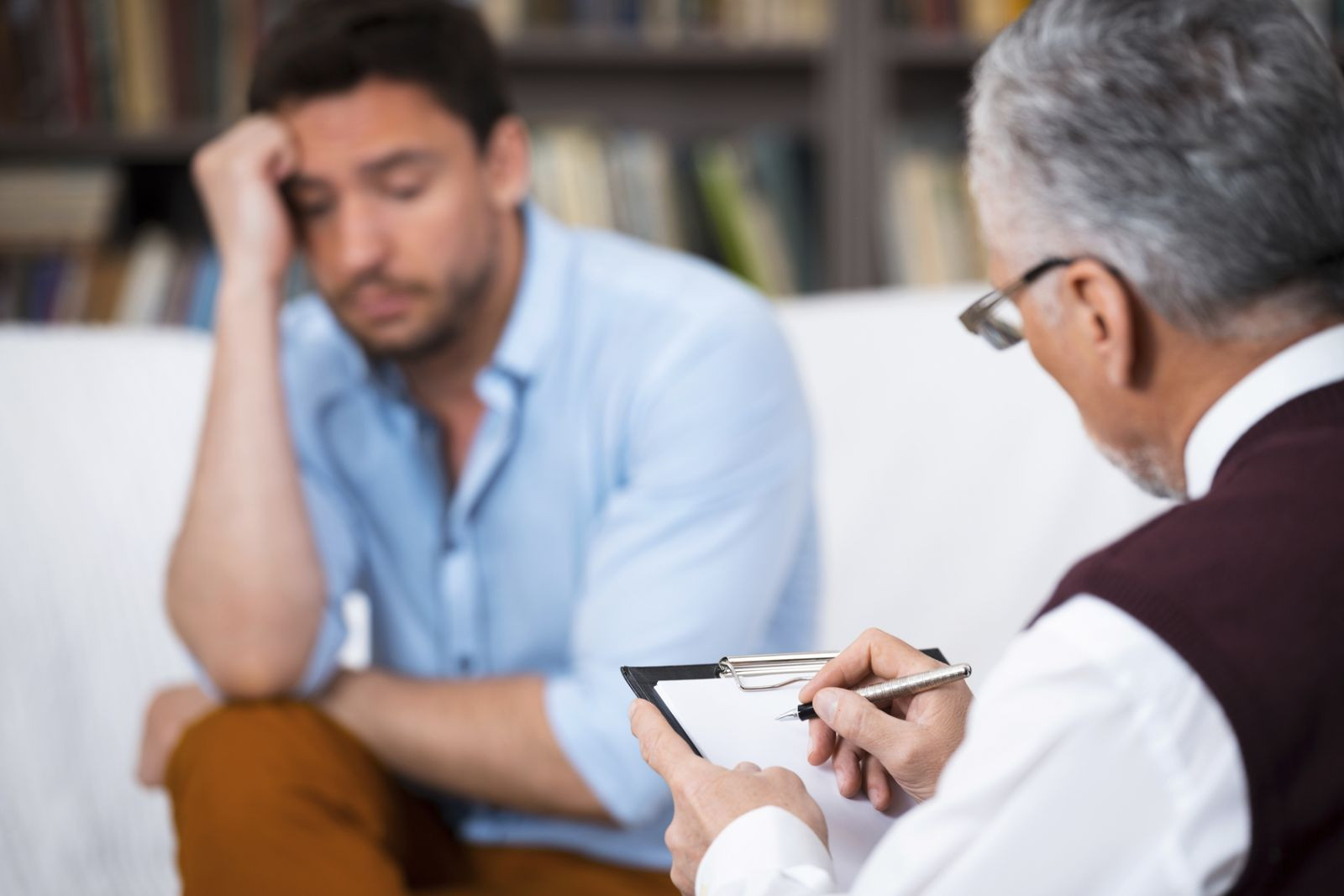 It's often said that depression results from a chemical imbalance, but that figure of speech doesn't capture how complex the disease is. Research suggests that depression doesn't spring from simply having too much or too little of certain brain chemicals. Rather, there are many possible causes of depression, including faulty mood regulation by the brain, genetic vulnerability, and stressful life events. It's believed that several of these forces interact to bring on depression.

To be sure, chemicals are involved in this process, but it is not a simple matter of one chemical being too low and another too high. Rather, many chemicals are involved, working both inside and outside nerve cells. There are millions, even billions, of chemical reactions that make up the dynamic system that is responsible for your mood, perceptions, and how you experience life.

With this level of complexity, you can see how two people might have similar symptoms of depression, but the problem on the inside, and therefore what treatments will work best, may be entirely different.

This article will address the how different parts of the brain affect mood.

Popular lore has it that emotions reside in the heart. Science, though, tracks the seat of your emotions to the brain. Certain areas of the brain help regulate mood. Researchers believe that — more important than levels of specific brain chemicals — nerve cell connections, nerve cell growth, and the functioning of nerve circuits have a major impact on depression.

Increasingly sophisticated forms of brain imaging — such as positron emission tomography (PET), single-photon emission computed tomography (SPECT), and functional magnetic resonance imaging (fMRI) — permit a much closer look at the working brain than was possible in the past. An fMRI scan, for example, can track changes that take place when a region of the brain responds during various tasks. A PET or SPECT scan can map the brain by measuring the distribution and density of neurotransmitter receptors in certain areas.

Use of this technology has led to a better understanding of which brain regions regulate mood and how other functions, such as memory, may be affected by depression. Areas that play a significant role in depression are the amygdala, the thalamus, and the hippocampus (see Figure 1).

Researchers are exploring possible links between sluggish production of new neurons in the hippocampus and low moods. An interesting fact about antidepressants supports this theory. These medications immediately boost the concentration of chemical messengers in the brain (neurotransmitters). Yet people typically don't begin to feel better for several weeks or longer. Experts have long wondered why, if depression were primarily the result of low levels of neurotransmitters, people don't feel better as soon as levels of neurotransmitters increase.

The answer may be that mood only improves as nerves grow and form new connections, a process that takes weeks. In fact, animal studies have shown that antidepressants do spur the growth and enhanced branching of nerve cells in the hippocampus. So, the theory holds, the real value of these medications may be in generating new neurons (a process called neurogenesis), strengthening nerve cell connections, and improving the exchange of information between nerve circuits. If that's the case, depression medications could be developed that specifically promote neurogenesis, with the hope that patients would see quicker results than with current treatments.

Figure 1: Areas of the brain involved with depression 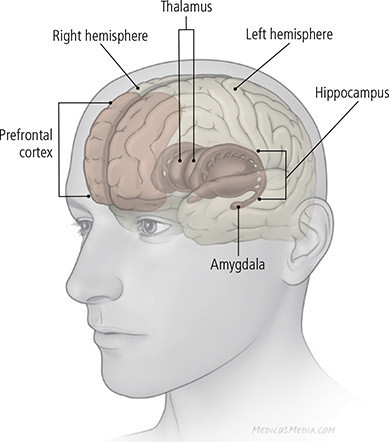 The regions shown here are mirrored in both hemispheres of the brain. Also, these structures are interlocking; the illustration suggests relative position but not precise location.

Amygdala: The amygdala is part of a group of structures deep in the brain that’s associated with emotions such as anger, pleasure, sorrow, fear, and sexual arousal. Recalling an emotionally charged memory, such as a frightening situation, activates the amygdala. Activity in the amygdala is higher when a person is sad or clinically depressed, and this continues even after recovery from depression. This increase in activity may actually cause the amygdala to enlarge.

Basal ganglia (not pictured): The basal ganglia are a related group of structures deep in the brain. They are connected to and interact with structures that are closer to the brain’s surface. They may help facilitate movement and may be involved in memorizing, thinking, and emotional processing. Some studies have found shrinkage and other structural changes in the basal ganglia in people with depression.

Hippocampus: The hippocampus plays a key role in processing long-term memory. Interplay between the hippocampus and the amygdala might account for the adage "once bitten, twice shy." It is this part of the brain that registers fear when you are confronted by a barking, aggressive dog, and the memory of such an experience may make you wary of dogs you come across later in life. The hippocampus is smaller in some depressed people, and research suggests that ongoing exposure to stress hormones impairs the growth of neurons in this part of the brain.