If you or someone else suspects early signs of memory loss, here's how you can find out if there's a problem. 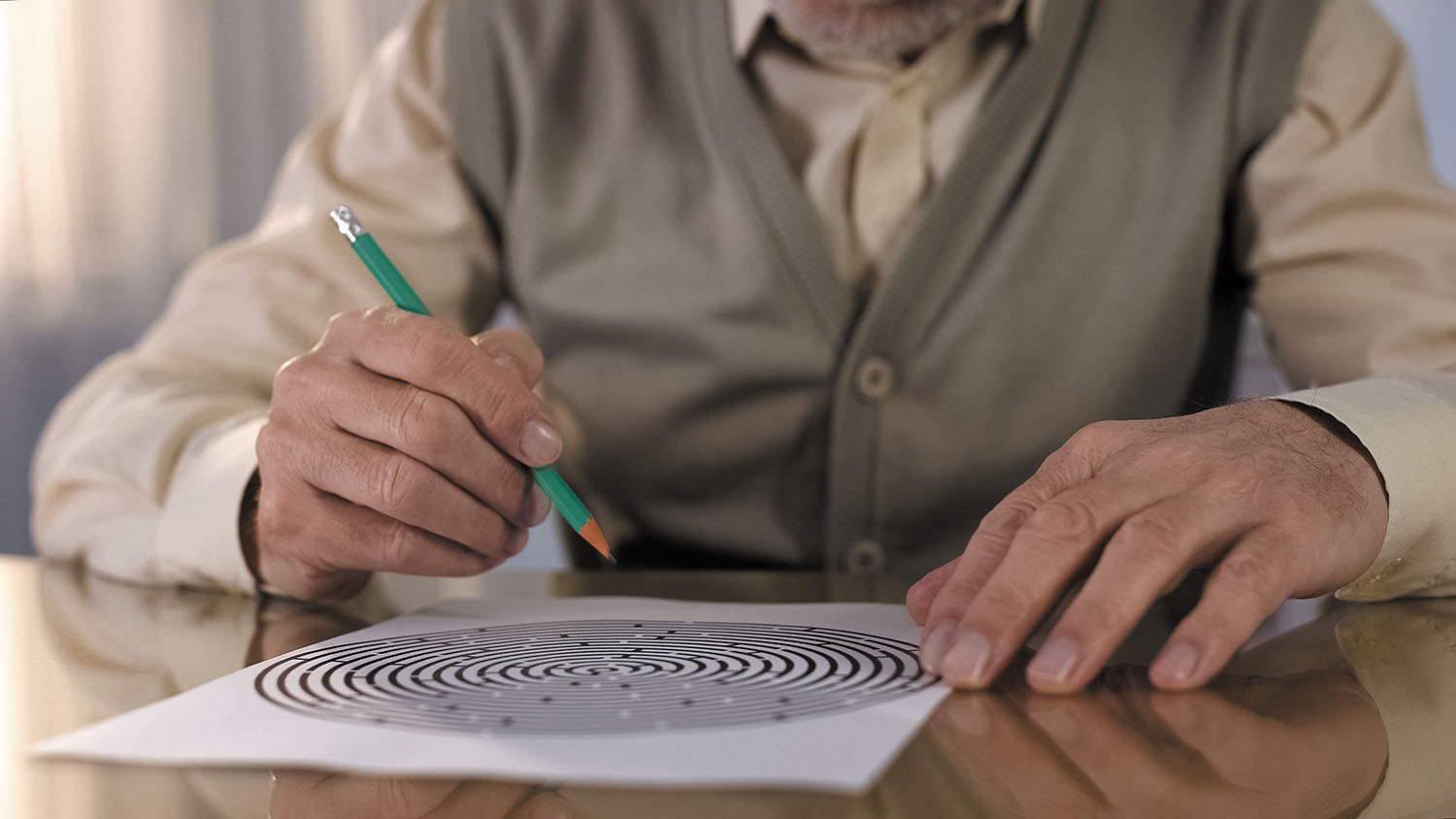 There's no cure for dementia, and you cannot substantially reverse its effects, but there are ways to possibly slow its progression. But first, you need to know if you — or a loved one — may have a memory disorder. "Unfortunately, there is not one single test that confirms dementia while you are alive," says Dr. Julie Brody Magid, clinical director of the Harvard-affiliated McLean Hospital Memory Disorders Assessment Clinic. "The testing process is multilayered and takes many things into consideration. Going through this evaluation may help identify memory problems before they get worse."

Symptoms of dementia include memory loss, problem-solving difficulties, and language issues. Behavior and emotions also can be affected. Symptoms are often subtle early on, and then get progressively worse. They can increasingly interfere with daily life tasks, like remembering to attend appointments, take medication, or pay bills. People also may have trouble preparing meals or driving safely.

Alzheimer's is one type of dementia and the most common. Symptoms include difficulty retaining just-learned information and recalling recent conversations. People with Alzheimer's also may have trouble tracking upcoming events and may make repetitive comments.

People sometimes notice these symptoms and chalk them up to normal aging — which it could be. However, it is also common for a spouse, friend, or family member to notice signs before the person affected notices them. If you or someone else have concerns about your memory or other aspects of thinking, see your primary care physician.

Your doctor may begin with a brief screening test, such as the Mini-Mental Status Exam or the Montreal Cognitive Assessment. These dementia tests take about 10 minutes and include such tasks as learning a list of words and then recalling them minutes later and identifying the similarities between words. "The purpose of cognitive screening is to see if certain skills are sharp or weak," says Dr. Brody Magid.

Your doctor will assess whether your screening test score and symptoms merit further dementia testing. If that is the case, he or she will refer you to a memory clinic for a full assessment. This often consists of two parts: a neuropsychological evaluation and biomarker tests.

Neuropsychological evaluation. This process lasts around four hours and includes a series of in-depth analyses, such as one-on-one interviews and written and oral tests. These assessments are designed to gauge specific cognitive functions, like attention, problem solving, spatial skills, and executive functioning. The neuropsychologist discusses the person's daily cognitive and memory issues in more detail to better understand when and how often difficulties occur, and the functional problems they cause.

The neuropsychological test scores are compared with what an average person of the same age and education level may experience. "This helps to determine if memory problems are suggestive of dementia or part of normal aging," says Dr. Brody Magid. It is typical to be retested after 12 to 18 months if early dementia is suspected.

Biomarker tests. In many cases, an MRI scan is ordered to look for structural changes in the brain, like small lesions or changes in the white matter. "These could indicate damage to brain tissue due to small strokes and suggest that memory issues may be related to vascular disease, also known as vascular dementia," says Dr. Brody Magid.

The brain scan also can show shrinkage of the cortex (the area that processes memory, attention, and problem solving) or less volume in the hippocampus (the region involved in short- and long-term memory). "There is some degree of brain shrinkage with normal aging, but significant changes in brain volume may suggest a higher probability of early Alzheimer's," says Dr. Brody Magid.

A specialized PET scan is sometimes used. It can detect a buildup of amyloid protein, a marker of Alzheimer's. However, it is not covered by Medicare and can cost around $5,000 out of pocket.

Taking it all in

Your doctor reviews everything and if a cognitive disorder is confirmed, it's categorized as mild, moderate, or severe. This can help the doctor prescribe the best available treatments.

If Alzheimer's is suspected, some drugs can help slow symptom progression. If the diagnosis is vascular dementia, it's important to manage cardiovascular risk factors like taking medications to control blood pressure and cholesterol levels, exercising regularly, and following a heart-healthy diet.

The bottom line is that when it comes to memory loss, you have to be as proactive as with any other health issue, says Dr. Brody Magid. "The longer you wait to take action, the fewer tools are available."