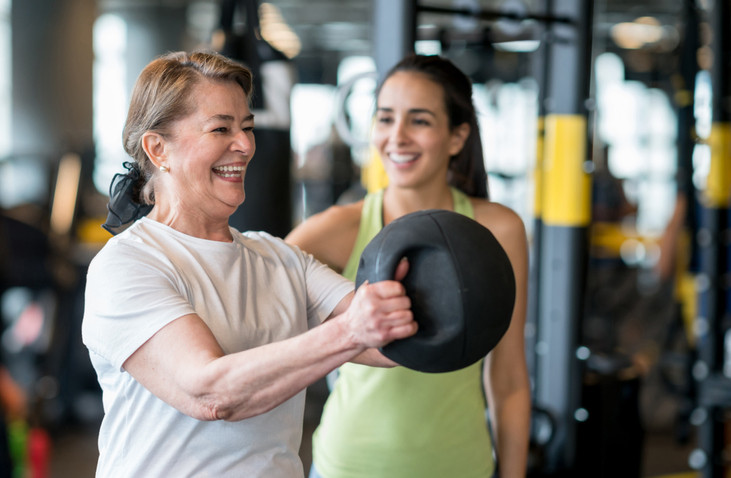 As the years pass, muscle mass in the body generally shrinks, and strength and power decline. The pro­cess begins earlier than you might think. Sarcope­nia—defined as age-related muscle loss—can begin at around age 35 and occurs at a rate of 1-2 percent a year for the typical person. After age 60, it can accelerate to 3 percent  a year. The loss may be mild, moderate, or severe—or muscles can remain in the normal range.

But on average, adults who don’t do regular strength training can expect to lose 4 to 6 pounds of muscle per decade. (And most people don’t see the number on the scale going down, which means they are replacing that muscle with fat.) Fast-twitch fibers, which provide bursts of power, are lost at a greater rate than slow-twitch fibers, which means you’re not only growing weaker but also get­ting slower.

Weak muscles hasten the loss of independence, putting everyday activities out of reach—activi­ties such as walking, cleaning, shopping, and even dressing. They hinder your ability to cope with and recover from an illness or injury. Disability is 1.5 to 4.6 times higher in older people with moderate to severe sarcopenia than in those with normal muscle mass. Weak muscles also make it harder to balance properly when moving or even standing still—and loss of power compounds the problem.

Perhaps it’s not surprising that one in every three adults ages 65 and older falls each year. Some of these falls can have dire consequences, including bone fractures, admit­tance to long-term care facilities, and even death from complications. According to the CDC, these spills lead to more than 800,000 hospitalizations a year. But strength and power training can help. People with stronger muscles are less likely to fall and, when they do take a tumble, less likely to sustain a serious injury.

Loss of muscle strength and mass aren’t the only factors that contribute to age-related declines in func­tion and mobility. Mitochondria—the energy-produc­ing "power plants" inside cells—decrease in number and efficiency. Similarly, the nerve-signaling system that recruits muscle fibers for tasks deteriorates with age and lack of use.

While it’s tempting to attribute all of these changes to aging alone, disuse of muscles plays a big­ger role than many people suspect. Studies suggest that strength and power training can help reverse these effects and restore muscle function. 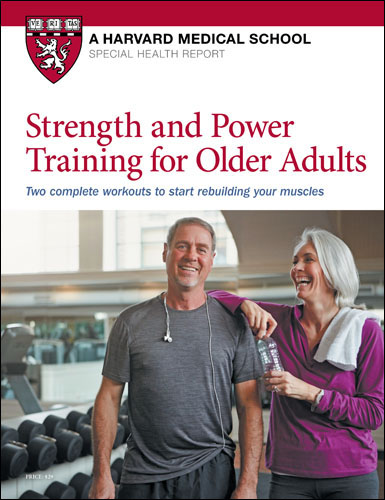 Studies attest that strength training, as well as aerobic exercise, can help you manage and sometimes prevent conditions as varied as heart disease, diabetes, arthritis, and osteoporosis. It can also protect vitality, make everyday tasks more manageable, and help you maintain a healthy weight. Strength and Power Training for Older Adults answers your strength training questions and helps you develop a program that's right for you.