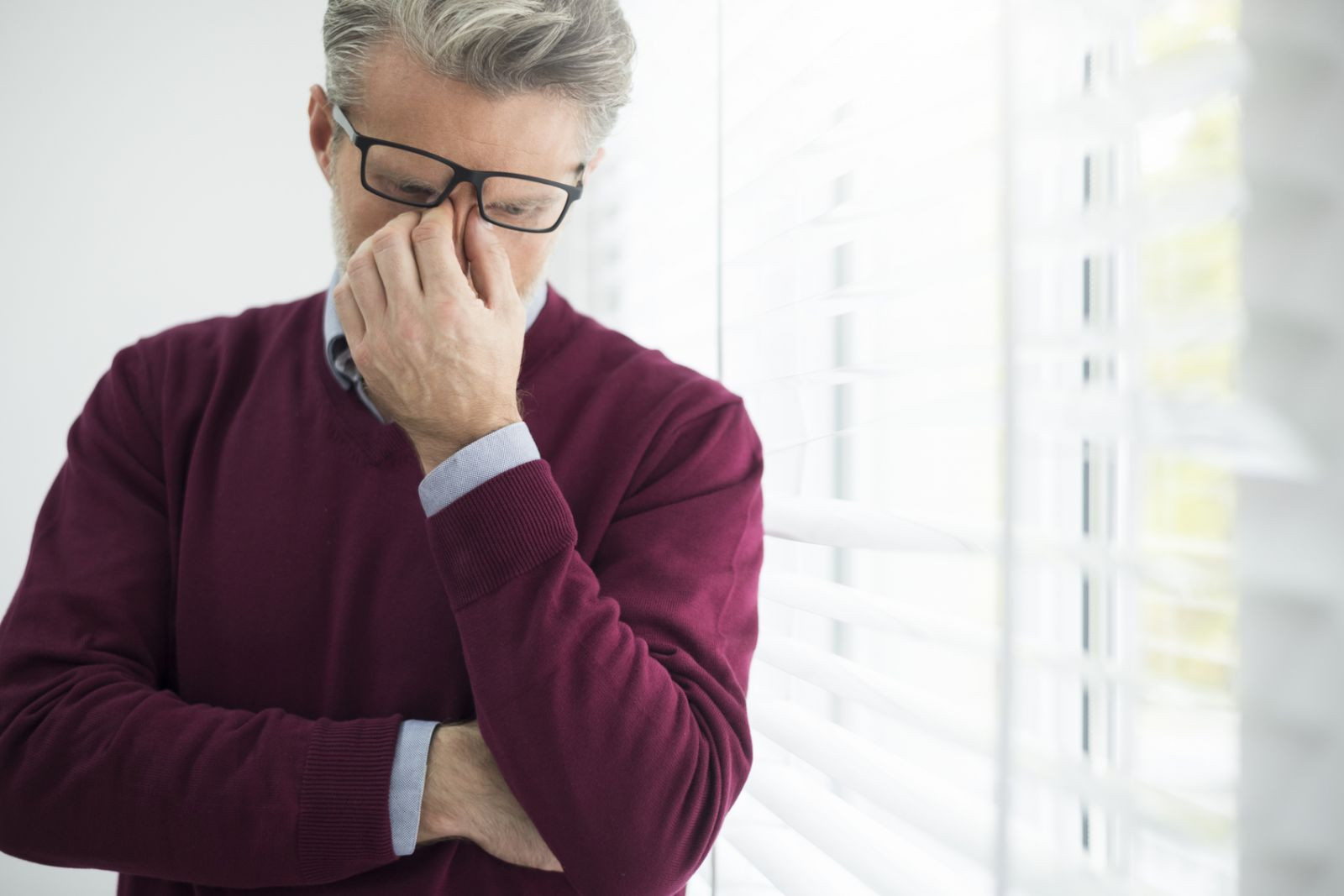 How to get relief without antibiotics

More than 20 million Americans will have at least one bout of sinusitis this year. Most will be uncomfortable, and many will miss work or school. Nearly all will recover from their sinus infections, but an unfortunate few may develop complications. If you understand sinusitis, you can reduce your chances of developing the problem and if sinusitis strikes, you'll know how to speed your recovery and lower your risk of complications.

Your sinuses are air-filled chambers located in the bones of your face; because they surround the nose, they are also known as the "paranasal sinuses." Each of us has four pairs of sinuses (see figure).

Each of the sinuses is lined by a membrane that produces mucus. When you're healthy, the mucus is a thin, watery fluid that flows freely from your sinuses into the upper part of your nose. But when your sinuses become inflamed, the mucus gets thick and sticky, so it can't flow through the tiny openings, called ostia, that lead to the nose. Fluid builds up in the sinuses, causing pressure and pain, and just like that, you've got sinusitis.

Sinusitis is an infection most often caused by viruses or bacteria or both. Cold viruses and bacteria that get into our sinuses usually don't cause trouble unless sinus drainage is blocked. Blockage of the narrow sinus draining channels is the main reason we get sinusitis, and restoration of drainage is the key to treatment.

The common cold is the leading culprit. The average adult gets two to three colds a year, and the average child gets six to 10. Colds are caused by viruses, not bacteria, and antibiotics are useless for treatment. But cold viruses produce swelling of the nasal tissues, which can sometimes block the sinuses. Colds also change the mucus, preventing it from doing its normal job of clearing viruses and bacteria from the sinuses.

You may get some sinus pressure when you get a cold, but that doesn't mean you have sinusitis or that you need an antibiotic. Only about one cold in 100 leads to sinusitis, and you can make the odds work for you by doing what it takes to keep your sinuses draining (see below). You can also help your cause by blowing your nose gently without pinching it tightly; forceful blowing can force bacteria up into your sinuses.

Many other things can block your sinuses and lead to infection. The list includes allergies, cigarette smoke and other irritating fumes, changes in barometric pressure during flying or scuba diving, nasal polyps, and a deviated nasal septum.

Painful pressure is the main symptom of a sinus infection. Depending on which sinus is involved, the pain is in the forehead (frontal sinusitis), over the cheek or in the upper jaw and teeth (maxillary sinusitis), behind the eyes (ethmoid or sphenoid sinusitis), or at the top of the head (sphenoid sinusitis). Sinus pain usually increases when you bend forward.

Nasal congestion and a thick, dark-colored nasal discharge are also common during a sinus infection. When the mucus drips into your throat from the back of your nose, you'll notice a foul taste, and you may get bad breath or a cough. You may temporarily lose your sense of smell or taste. Finally, you may feel feverish, achy, and tired.

Many people with sinusitis will recover quickly and completely without taking antibiotics simply by promoting drainage. Here's what you should do:

Antibiotics for a severe sinus infection

You may be surprised that antibiotics are not listed as the first step in treatment. While many patients with sinusitis expect antibiotics, they aren't usually needed if good drainage is achieved.

Antibiotics have potential disadvantages. They can trigger allergic reactions or cause side effects. Widespread use of antibiotics has encouraged the spread of antibiotic-resistant bacteria ("superbugs"). And many of these drugs are expensive.

Still, if your sinusitis does not improve with two to four days of drainage therapy, or if it's very severe to begin with, it probably needs an antibiotic to help get rid of the trapped bacteria. Antibiotic therapy for just three to seven days is generally as effective as traditional 10- to 14-day treatment for uncomplicated acute sinusitis.

Many bacteria can cause acute sinusitis; the most common include some with fearsome names like Pneumococcus, Streptococcus, Hemophilus, and Moraxella. Unless you have a sinus puncture (an invasive test that's rarely performed by ENT specialists unless unusual organisms or complications are suspected), there's really no way to know which bacteria are causing your sinusitis. Cultures of your mucus or your nose,  even if they are obtained through a nasal speculum, are not helpful because they are always contaminated by the many bacteria that live in every nose.

With these considerations in mind, many infectious disease specialists recommend initial sinusitis treatment with one of the old standbys, such as trimethoprim-sulfamethoxazole (a combination that includes a sulfa drug), amoxicillin (a type of penicillin), or doxycycline (a type of tetracycline). If these fail "" or if the patient is unusually ill to begin with "" doctors may turn to amoxicillin-clavulanic acid or a quinolone (such as levofloxacin).

The sinuses are surrounded by critical structures, including the brain, the eyes, and the skull. On rare occasions, sinus infections can spread to one of these areas. Notify your doctor promptly if your sinusitis gets worse with one or more of these warning symptoms:

Fortunately, none of these problems is likely. Still, they serve to remind us that sinusitis is not just the sniffles. Patients with weakened immune systems always require careful medical evaluation and treatment for sinusitis.

Most patients with chronic sinusitis will benefit from an ENT evaluation, which usually includes looking inside both nostrils with a scope. The doctor may also order a CT scan. That's because anatomic problems such as nasal polyps or a deviated septum are often responsible. Since allergies are also present in many cases, you may want to pursue formal allergy testing.

Persistent nasal discharge and congestion are the main symptoms of chronic sinusitis. Unless flares of acute sinusitis develop, headache and fever are minimal.

In addition to the bacteria that cause acute sinusitis, Staphylococcus, anaerobic bacteria, and fungi may lead to chronic sinusitis. Antibiotics can be helpful, especially for flares, but they are less important than nasal irrigation, decongestants, and prescription nasal spray. If allergies are present, antihistamines can help. In severe cases, oral steroids may be necessary. As with acute sinusitis, the key to successful treatment is drainage. In the case of chronic sinusitis, though, surgery may be needed. Your ENT doctor may remove nasal polyps, straighten a deviated septum, or use endoscopic surgery to open a good drainage channel between the sinus and your nose.

Living with your sinuses

It's nice to know that CT scans, endoscopy, and surgery are available to evaluate and treat complicated acute sinusitis and stubborn chronic sinusitis. Fortunately, garden-variety acute sinusitis will respond to much simpler treatments.

To protect your sinuses, stay well-hydrated. Avoid tobacco smoke and irritating fumes. If you have allergies, try to avoid the things that trigger symptoms. Do your best to prevent catching a cold by washing your hands properly and keeping your distance from cold sufferers. When you catch a cold, blow your nose properly to keep bacteria from flooding into your sinuses. Treat symptoms of sinusitis promptly with steam inhalation, decongestants, and nasal irrigation. If you don't recover as expected, or if you have serious sinusitis or warning symptoms, see your doctor for antibiotics and, possibly, nasal steroids.