What does that skin spot or growth mean, and when should you have it checked? 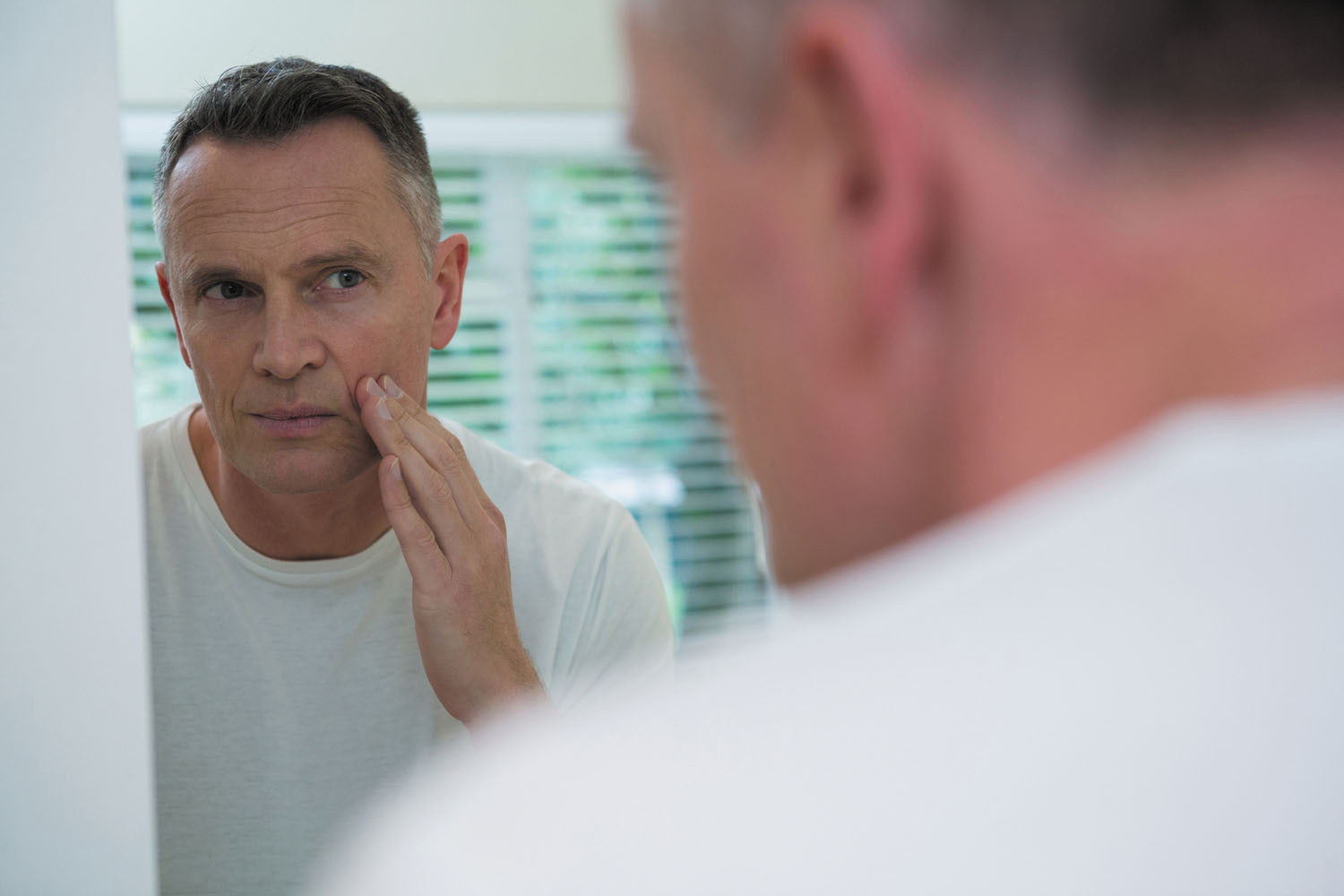 Even if you're diligent about sun protection (and you should be), you can still develop skin spots, growths, or other abnormalities.

But are they always cause for concern, or just a normal part of aging skin?

"If you notice anything new, don't be alarmed, as most spots and growths are benign," says Dr. Hensin Tsao, clinical director of the Melanoma and Pigmented Lesion Center at Harvard-affiliated Massachusetts General Hospital. "It's worthwhile to give it some time. You should monitor anything new for two weeks to a month. If it has evolved in any way, like changing in size or color, then you should get it checked out."

Still, it's not always easy to know the difference between bad spots and okay spots.

Here's a look at the more common skin growths that appear with age and what they mean.

Freckles. Freckles themselves usually are not a cause for worry, but monitor large, irregular ones. "Think of freckles as stars in the sky," says Dr. Tsao. "Many tiny ones are usually fine, but you want to pay attention to larger freckles and get them examined if they grow or change their appearance."

Larger and irregular freckles, particularly on sun-exposed areas like the face, upper shoulders, and arms, can be a prelude to a certain form of melanoma called lentigo maligna melanoma. (See "Watch for melanoma.")

Basal cell carcinoma (BCC) and squamous cell carcinoma (SCC). Both are types of skin cancer, but the good news is that they are generally not life threatening and are easy to treat if caught early, says Dr. Tsao.

BCC may look like a bleeding pimple, an open sore, a red patch, a shiny pink growth, or a scar. On the other hand, SCC takes the form of a crusted or scaly red bump or patch, or it may resemble a wart. Both cancers appear in areas frequently exposed to the sun, such as the face, rim of the ear, lower lip, balding scalp, neck, hands, arms, shoulders, back, and legs.

"Some BCCs and SCCs are slow-growing and allow for detection at an earlier stage," says Dr. Tsao. Still, they can become difficult to treat surgically if they are left alone, so have a dermatologist look at them.

Solar lentigines. These patches of darkened skin are commonly called "age spots" and pop up after years of sun damage and normal aging. Lentigines are larger than freckles and irregular in shape. They vary in color from tan to dark brown.

"There is no need to treat them, but if you are unhappy with how they look, you may be able to lighten them with certain cosmetic procedures," says Dr. Tsao. Talk with your dermatologist about options, but be aware that health insurance probably won't cover treatments.

Seborrheic keratoses (SKs). These are raised, rough lesions that appear as waxy brown, black, or tan growths. This common skin condition often shows up after age 50 on the trunk, back, face, or neck.

The good news is that even though SKs can increase in number over time, they aren't cancerous or contagious. They can be removed with liquid nitrogen or shaved off by a doctor, but new ones are certain to appear.

Actinic keratoses (AKs). Also known as solar keratoses, these growths are rough, gritty, and sometimes painful. They can be either flat or slightly raised and appear in different colors, such as red, tan, pink, skin-colored, brown, or silver. AKs result from long-term sun exposure. They often appear on the face, tips of the ears, bald spot, and backs of the arms and hands.

"You may get a few here and there, or multiple ones can be scattered across large skin surfaces like a field of dandelions," says Dr. Tsao.

Small patches may go away with diligent sunscreen use, but larger ones won't. While these spots are not initially dangerous, you should get them looked at and treated, as they may lead to squamous cell cancer if left alone.