COVID-19 and drug overdoses are the biggest contributors. 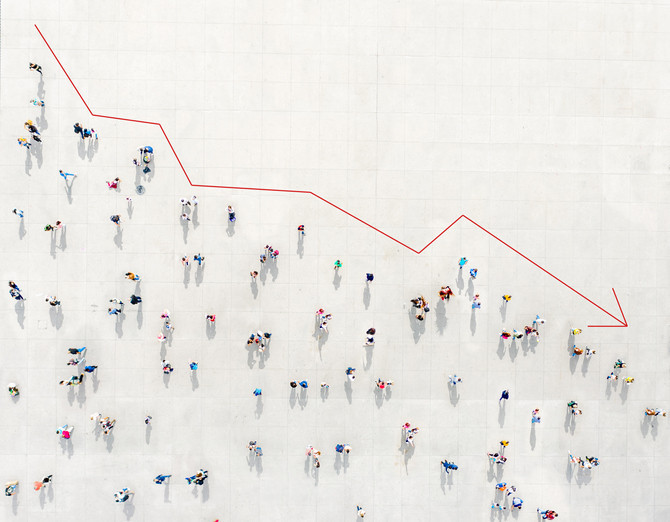 My wife likes to say it’d be helpful if everyone knew their "expiration date" — as in the date you die. You know, for planning purposes.

Of course, most of us don’t. Perhaps the closest thing a healthy person has to gauge longevity is life expectancy. For example, a baby born in the US in 2021 has an estimated life expectancy of about 76 years, according to the latest report from the National Center for Health Statistics. Our life expectancy varies depending on our current age, sex, race and ethnicity, and where in the US we live. Unfortunately, this new report shows a startling rise in death rates and decline in longevity.

A dramatic fall in life expectancy

With rare exceptions, life expectancy has been on the rise in the US: it was 47 years in 1900, 68 years in 1950, and by 2019 it had risen to nearly 79 years. But it fell to 77 in 2020 and dropped further, to just over 76, in 2021. That’s the largest decrease over a two-year span since the 1920s. Yet life expectancy figures represent averages totaled from hundreds of thousands of people sorted into specific groups, and some groups fare much better than others:

It’s important to remember that these estimates represent average life expectancies based on hundreds of thousands of people. They’re accurate for the populations they represent, but they aren’t terribly accurate for a particular individual. For each of us, lifespan is affected by additional factors, including health habits, disease, and genes.

Why is life expectancy falling in the US?

COVID-19, drug overdoses, and accidental injury accounted for about two-thirds of the decline in life expectancy, according to the 2022 report. Other reasons included heart and liver disease and suicides.

The drop in life expectancy would have been even greater if not for a bit of good news: decreases in deaths from chronic lung disease, pneumonia, influenza, and Alzheimer’s disease.

Some groups experienced much bigger drops in life expectancy over the last two years than others:

The social determinants of health likely explain a lot of these disparities. For example, those with the shortest life expectancies in the US tend to have the most poverty, face the most food insecurity, and have less or no access to healthcare, all factors that contribute to lower life expectancy. Additionally, groups with lower life expectancy tend to have higher-risk jobs that can’t be performed virtually, live in more crowded settings, and have less access to vaccination, which increases the risk of becoming sick with or dying of COVID-19.

Life expectancy is only one measure of health. Other measures, such as infant mortality, maternal mortality, vaccination and cancer screening rates, and years of healthy life lived are not directly captured by reports on life expectancy. Still, it’s striking — and disappointing — that after decades of increasing life expectancy, and at a time when researchers are rethinking aging and the limits of the lifespan, we are now seeing life expectancy fall. This downward trend could be reversed if we make progress in controlling the COVID-19 pandemic and opioid epidemic.

Can we prevent premature death and eliminate disparities in life expectancy? These are challenging, worthy goals that require individual and collective action. We can all vow to exercise more, choose a healthier diet, and work harder to be healthy as best we can. But public health and political leaders also have important roles to play, particularly for marginalized, disadvantaged citizens. It’s notable, for example, that some of the states with the lowest life expectancies are also the ones with the most uninsured residents and, yet, have turned down Medicaid expansion.

We may not know our expiration dates, but as one measure of our collective health, I’d much prefer to see them moving later rather than sooner.