Which is better for keeping your mind fit: physical or mental activity? 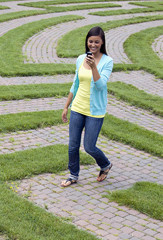 Physical and mental activities are both important for protecting your thinking skills and warding off dementia. But does one trump the other? It’s an interesting question, one that occurs to me when I’m doing a crossword puzzle or cruising through my neighborhood with the funny-looking walk that my kids make fun of. Can I preserve my thinking skills if I do more of one activity than the other, such as more crossword puzzles or more walking?

I posed the question to Dr. Scott McGinnis, an instructor in neurology at Harvard Medical School. As I write in the April issue of the Harvard Health Letter, he said it was a difficult question to answer because few solid studies have addressed it.

That may be changing. A study published yesterday in JAMA Internal Medicine tried to tease out whether physical or mental activity was better for brain health. Researchers recruited 126 older adults who felt that their memory or thinking skills had recently gotten worse, and divided them into four groups. All were asked to do an hour of mental activity three times a week and an hour of physical activity three times a week. What differed were the intensities of these activities:

After 12 weeks, scores on thinking tests improved across the board. The big surprise was that there weren’t any real differences in improvement between the groups. The researchers concluded that the amount of activity is more important for stimulating the brain than the type of activity, because all of the participants both exercised and engaged in mental activities each week.

There’s some evidence that exercise alone protects the brain. One study of people in their seventies published in Neurology showed that those who exercised the most had the least brain shrinkage and fewer white matter brain lesions, which can be signs of dementia. People who engaged in mental activities had more brain shrinkage and white matter brain lesions. Another study published recently in Stroke showed that older adults who exercised regularly reduced their risk of vascular-related dementia by 40%.

It’s likely that regular exercise can increase the volume of brain regions important for memory and thinking. “There are a number of possible mechanisms for this,” says Dr. McGinnis, “such as stimulating production of growth factors, blood vessels, and new brain cells, which may provide a buffer against brain changes that cause dementia.”

Mental activity alone can also protect the brain. In one 2012 study, published in Neurology, researchers demonstrated a direct link between the amount of cognitive activity, such as reading the newspaper or playing chess, and the level of cognitive function in the following year. As I wrote in the August 2012 Harvard Health Letter, another study found that engaging in meaningful activities such as volunteering or a treasured hobby promotes cognitive health in old age.

“Exercising a specific cognitive function will improve that function. If one engages in tasks requiring working memory, such as holding and manipulating material in the mind for short periods of time, one will usually become stronger in that area,” says Dr. McGinnis.

Take advantage of the brain protection that both physical and mental activities provide. On the physical side, start or keep moving. A good goal is 150 minutes of moderate intensity exercise a week, but any activity is better than none. On the mental side, Dr. McGinnis suggests doing something you already enjoy. “It might be crossword puzzles, reading, participating in a club, building models, or any number of activities. The guiding principle is that the activities require active engagement, not passive engagement such as watching television.”

Me? I’ll stick to my funny-looking walking and crosswords, although I’ve recently become rather obsessed with a Scrabble game on my smartphone. Next question: Can I walk and play Scrabble at the same time? While it might be better for my brain, I don’t need a medical study to give me that answer. It’s spelled N-O!