Vitamin D testing not recommended for most people

Over the past decade, a barrage of reports linking low vitamin D levels to cancer, heart disease, diabetes, and a host of other ills led many doctors to routinely test vitamin D levels in their healthy patients. But there is no good reason to do that, according to a new recommendation from the U.S. Preventive Services Task Force (USPSTF) published in this week's Annals of Internal Medicine.

After reviewing the results of 25 vitamin D studies, the panel concluded that it isn't helpful for most people to know their vitamin D level. For one thing, experts don't agree on what low vitamin D means. Some laboratories define it as below 20 nanograms per milliliter (ng/mL), others set it at below 50 ng/mL. In addition, tests for vitamin D aren't standardized or reliable.

Perhaps most important, even if you have a "low" vitamin D level there's scant evidence that taking a vitamin D supplement will do you any good—with one exception. People low in vitamin D who take a supplement may be less likely to fall. That makes sense, given that vitamin D plays a key role in keeping bones and muscles strong.

Our bodies make vitamin D when sunlight hits our skin (hence the nickname, "the sunshine vitamin"). Fatty fish (like salmon and mackerel), eggs, and mushrooms contain modest amounts of vitamin D; it's also added to milk as well as to some yogurts, juices, and breakfast cereals.

The recommended daily intake ranges from 400 international units (IU) a day to 800, depending on age (see "Recommended vitamin D intake"). However, many people—including health care professionals—often take even higher doses of vitamin D in supplement form as a hedge against chronic disease, despite clear evidence of a benefit.

"We're at a crossroads with vitamin D research because we really don't yet know if there's a cause and effect relationship between vitamin D status and outcomes such as heart disease and cancer," says Dr. JoAnn Manson, a professor of medicine at Harvard Medical School and chief of the division of preventive medicine at Brigham and Women's Hospital.

Low vitamin D levels might just be a marker for poor health, Dr. Manson explains. "If you're in poor health, you're not outdoors walking, biking, or doing other exercise," she says. Staying indoors more means you don't get the sun exposure to make vitamin D. In addition, people who are obese tend to have low vitamin D levels. Both obesity and lack of exercise contribute to higher rates of cancer and heart disease, so those factors could explain the illnesses, rather than a low vitamin D level.

We'll have a clearer picture of vitamin D's role in our health within a few years. A nationwide trial involving nearly 26,000 people led by Dr. Manson is underway, with results expected in late 2017. The VITamin D and OmegA-3 TriaL (VITAL) aims to find out if taking 2,000 international units (IU) of vitamin D or fish oil tablets reduces the risk of cancer, heart disease, and stroke in people who don't currently have these illnesses.

In the meantime, there's no practical reason for most people to get a vitamin D test. But there are exceptions, says Dr. Manson. People who might need testing include those who:

The Institute of Medicine, which officially sets dietary reference intakes based on a thorough review of all available evidence, concluded that a vitamin D blood level of 20 ng/mL provides enough vitamin D for keeping bones healthy.

There's little additional benefit in going any higher, although a goal of 30 ng/mL is reasonable, says Dr. Manson. But some laboratories are recommending ranges that are well above 50 ng/mL, which is potentially dangerous, Dr. Manson cautions. Too much vitamin D can cause calcium to accumulate in your blood, which can damage your heart, blood vessels, and kidneys.

How can you make sure you're getting enough vitamin D? When possible, aim to get the recommended daily intake for your age from modest sun exposure, food. and a supplement if needed. How much sun is enough depends on where you live and the season. In the United States, it's difficult to make much vitamin D from sun exposure in the fall, winter, and spring if you live north of a line stretching from San Francisco to Richmond, Virginia (see map below).

If you don't get much vitamin D from sun or food, a supplement makes sense. Taking 1,000 or 2,000 international units (IU) a day of vitamin D is relatively safe. The safe upper limit is 4,000 IU a day, but keep in mind that there's very limited research on the long-term safety of taking that amount. "When it comes to vitamins, more is not necessarily better," Dr. Manson says.

Latitude and vitamin D production in the skin 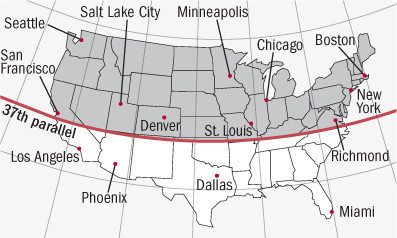 Except during the summer months, the body makes little if any vitamin D from the sun at latitudes above 37 degrees north (in the United States, the shaded region in the map) or below 37 degrees south of the equator. 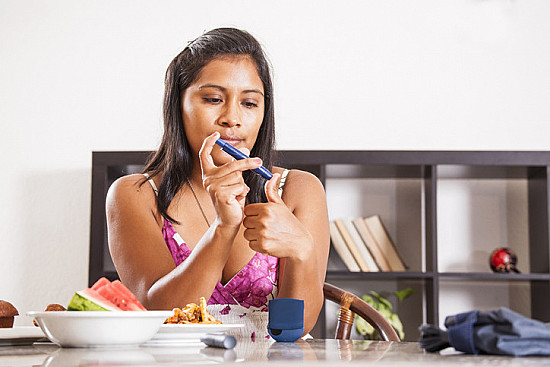