Vaccines for women: Before conception, during pregnancy, and after a birth 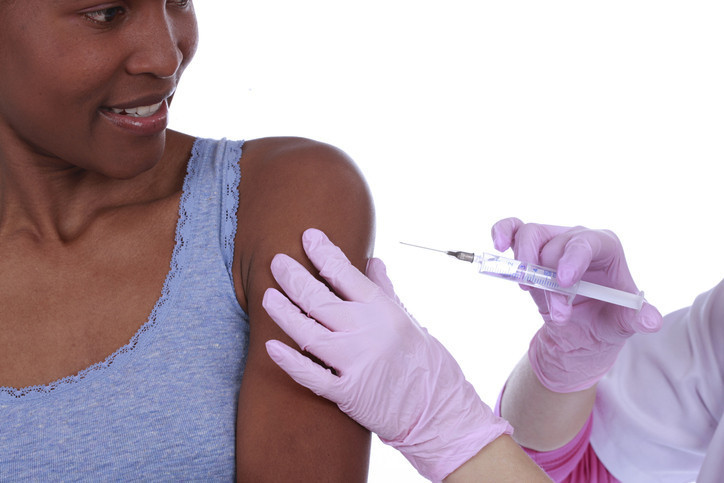 The rise of vaccine-preventable illnesses, such as measles and hepatitis, in the United States and around the globe has been alarming in recent years. For women — especially those hoping to become pregnant, as well as women who are pregnant or have recently had a baby — vaccines can be a worrisome topic. There are many misconceptions about vaccine safety in and around pregnancy that can lead to confusion and unnecessary fear of a lifesaving medical tool. As a practicing ob/gyn, I often discuss vaccines with my patients and help them sort out fears versus facts.

Which vaccines should you consider before conception?

The preconception period offers a unique opportunity to find your immunization records and review them with your primary care provider. Some vaccines should be considered for all women who are hoping to conceive. Others are recommended based on additional medical issues.

Influenza: Getting your flu shot in anticipation of pregnancy will help protect you during flu season. Flu shots are generally available each year from late August through March, to correspond with the influenza season (though timing may vary by region). You can get a flu shot at your doctor’s office or at many pharmacies. If you could be pregnant, ask for the inactivated influenza vaccine. The nasally administered live vaccine (LAIV, Flumist) is not recommended for women who may be pregnant, although children in your home can safely have this version of the vaccine.

Measles, mumps, and rubella (MMR): Given the ongoing global measles outbreak, the Centers for Disease Control and Prevention (CDC) and American College of Obstetrics and Gynecology (ACOG) recommend assessing measles immunity before a woman becomes pregnant. Your doctor can review your immunization record with you and determine if you have had an adequate number of MMR vaccines. If not, or if you cannot find your immunization record, your doctor can order a blood test to evaluate your immunity and give you a booster shot if needed.

The MMR booster shot is a live-attenuated (weakened) virus vaccine. After a woman receives it, the CDC recommends waiting four weeks before attempting pregnancy because of theoretical risks to the fetus with live vaccines. However, if a pregnancy occurs within the four-week window, do not worry! This recommendation is based on theoretical risks. In fact, there have been no reports of harm to a fetus due to this type of exposure.

Varicella zoster virus (VZV): Many women of childbearing age have either had chickenpox (varicella) or received the vaccine during childhood. Because chickenpox can harm a pregnant woman and her fetus, assessing your immunity to chickenpox is a good idea before conceiving. If you’re not immune, this is a good time to have the vaccine. Similar to the MMR booster, the VZV vaccine is a live-attenuated virus vaccine. A woman should have this vaccine at least four weeks before attempting to conceive, due to the theoretical concern for fetal exposure.

Human papillomavirus (HPV): This vaccine helps prevent new HPV infections and HPV-associated diseases, including cervical cancer. It is recommended for teens and people through age 26, but those ages 27 through 45 years may also benefit. Discuss this with your doctor. While the HPV vaccine is not recommended during pregnancy, inadvertently getting it during pregnancy is not associated with harm for you or your baby.

Additional vaccines to consider: Your doctor can tell you whether it’s especially important for you to consider the hepatitis A, hepatitis B, and pneumococcal vaccines based on health issues, lifestyle, or travel plans that could put you at higher risk.

Which vaccines should you have during pregnancy?

During every pregnancy, the ACOG recommends:

Additional vaccines to consider: Hepatitis A, Hepatitis B, and pneumococcal vaccines are recommended if you have certain risk factors, or are midway through a vaccine series that was started before you conceived. Ask your doctor about whether you would benefit from any of these vaccines.

What about vaccines after a birth or if you’re breastfeeding?

If your doctor told you during your pregnancy that you did not have immunity to rubella, measles, or chickenpox, you should receive these vaccines to help protect yourself and your baby. There is no concern about breastfeeding.

If you haven’t had the HPV vaccine, you should start the series if

Finally, ask your doctor if you should consider having hepatitis A, hepatitis B, and pneumococcal vaccines. These are recommended for women with certain risk factors.

What are some myths about vaccines?

Social media and well-meaning friends may spread misconceptions about vaccine safety and efficacy. Below are the most common myths.