Suppressing inflammation may be the key. 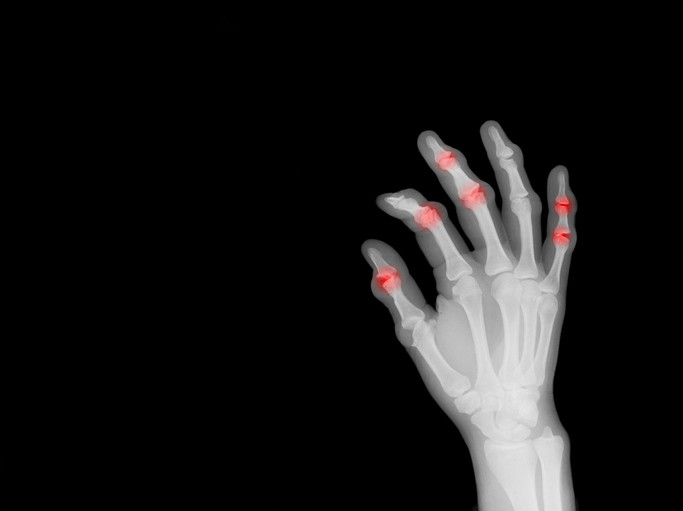 Rheumatoid arthritis (RA) is an autoimmune condition affecting up to 3% of the population. Joint inflammation, the hallmark of the disease, causes swelling, stiffness, and limited motion, especially in the small joints of the hands and wrists.

Recent studies suggest that the answer may be yes. Perhaps this shouldn’t be surprising. The role of inflammation in Alzheimer’s disease and other types of dementia has been a focus of research for decades, and treatments for rheumatoid arthritis reduce inflammation.

Considering that there are currently no effective preventive treatments for Alzheimer’s disease or other forms of dementia, the observation that RA treatments might prevent dementia could be groundbreaking.

What’s the evidence supporting this idea? Here are a few of the latest and most compelling observational studies.

Together, these studies suggest that certain treatments that help rheumatoid arthritis might do more than protect the joints; they might also protect the brain. This isn’t the first time a medicine was found to cause an unexpectedly positive side effect. But it could be one of the most important.

While evidence is mounting that inflammation-suppressing medicines might reduce dementia risk, more research is needed:

It’s reasonable to believe that reduced inflammation, rather than a particular drug, is providing a benefit because different medicines with different ways of damping down inflammation have been linked to lower dementia risk in people with RA. But we’ll need more research to prove that’s true.

Treatments developed over the last 50 years have transformed rheumatoid arthritis from an often disabling disease to a chronic condition that usually can be well-controlled. The initial choice of treatment depends on a combination of factors, including effectiveness, side effect profile, how a drug is given (most people prefer pills over injections), cost, and whether a drug is covered by health insurance.

Soon, another consideration may be added to this list: the ability of a medicine to lower dementia risk. This might be particularly relevant to the person with rheumatoid arthritis who has a strong family history of dementia.

And what about people without RA? I think it’s only a matter of time before studies explore whether anti-inflammatory medicines can reduce the risk of dementia even in people without an inflammatory condition like RA. While it’s impossible to predict what those studies will show, one thing’s for sure: the impact of a positive study would be enormous. 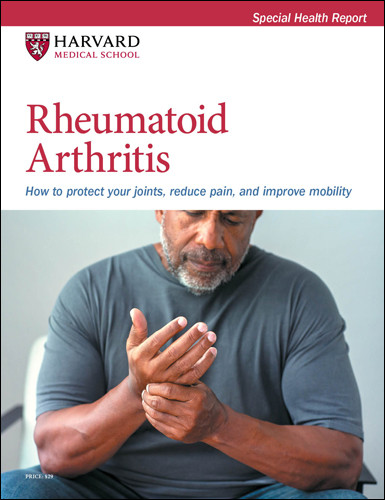 Rheumatoid Arthritis: How to protect your joints, reduce pain, and improve mobility

This Special Health Report, Rheumatoid Arthritis: How to protect your joints, reduce pain and improve mobility, gives you the information you need to work with your physician to design a treatment plan. You’ll learn how rheumatoid arthritis affects joints and how it is diagnosed and treated, as well as the variety of symptoms that may occur. You'll find information on established medical therapies as well as complementary treatments such as acupuncture, yoga, and dietary supplements.  A special section provides advice about how to care for yourself through adaptations in your personal and work life, useful gadgets, and smoking cessation.