5 takeaways from the 2023 diabetes guidelines. 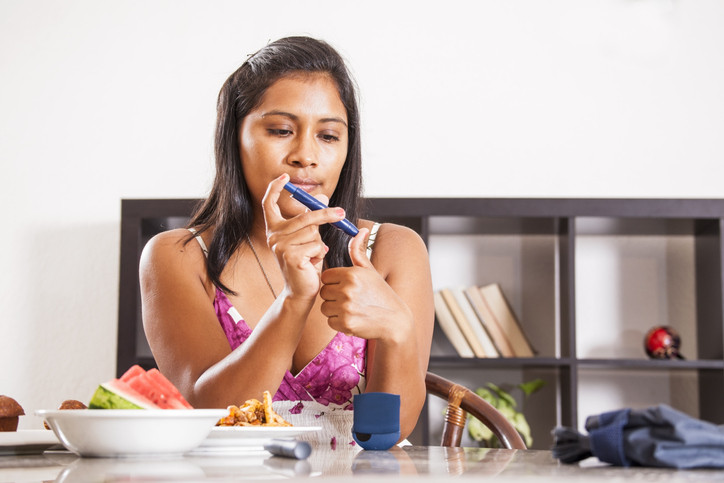 At nearly 300 pages long, the recently released 2023 American Diabetes Association Standards of Medical Care are quite comprehensive. And given the strong link between obesity and diabetes, one major theme is weight loss. For the estimated 37 million Americans currently living with diabetes, what other changes are worth noting?

Collaborating on lifestyle change is key

There aren’t any dramatic shifts in this update, says Harvard Medical School professor Dr. David M. Nathan, who co-authored and chaired earlier versions of some of the guidelines, which have been published annually for more than three decades. "Most of the standard lifestyle advice for managing diabetes are the same common-sense things your grandmother told you: eat your vegetables, go outside and exercise, and get enough sleep."

One subtle shift in the association’s advice over the past five to 10 years, however, is an overarching effort to make care for people with diabetes more person-centered, says Dr. Nathan, who directs the Diabetes Center and the Clinical Research Center at Massachusetts General Hospital. "That means collaborating with your physician to figure out a lifestyle and medication plan that works for you," he says. "Doctors don’t stand by your dinner table or bedside telling you what to do. They can help you make plans and informed decisions to better manage your diabetes, but you have to play an active role."

Five takeaways for a diabetes tune-up

According to Dr. Nathan, here are five key takeaways from the guidelines that people with the most common form of the disease, type 2 diabetes, should know. (Several of these tips also apply to people with type 1 diabetes, but those people should check with their own doctors for targeted advice).

Strive for sound, uninterrupted sleep. Experts have long recognized a link between poor sleep and obesity. Mounting evidence suggests that sleep problems are also associated with diabetes risk. "Altered sleep patterns can affect blood sugar control," Dr. Nathan says. Obstructive sleep apnea, a serious disorder that causes repeated, brief pauses in breathing throughout the night, is a frequent cause of disrupted sleep. Because it’s more common in people with diabetes (especially those who have obesity), anyone with the hallmark symptoms — loud snoring, snorts and gasps during sleep, and daytime sleepiness despite a full night's sleep — should be evaluated. Ask your doctor about a home-based test for sleep apnea.

Don’t "diet." Many popular fad diets — keto, paleo, intermittent fasting, and others — can help people lose weight. But most people regain any lost weight once they stop following the diet. Instead, it’s much more effective to gradually move toward a healthy dietary pattern that you can stick with over the long haul, says Dr. Nathan. Good choices include the Mediterranean eating pattern and the closely related DASH diet. For people with diabetes, it’s especially important to avoid sodas and other sugary drinks. You should also reduce how often you have desserts, sweets, and fatty foods, and eat more high-fiber carbohydrates, such as whole-wheat bread and brown rice.

Exercise safely. Walking is ideal exercise for most people, provided you start slow and ramp up your distance and speed gradually if you haven’t been physically active. People with diabetes need to pay special attention to choosing a well-fitting pair of shoes and check their feet regularly for redness, blisters, or sores. That’s because diabetes can cause neuropathy (numbness due to nerve damage), which can leave you unable to sense minor trauma and injuries to the toes and feet. These can result in more severe foot problems and lead to amputations.

Work toward a healthier weight. The three tips above can help people lose weight, but many people with obesity need medications to lose significant amounts of weight. Metformin, the most commonly prescribed drug to lower blood sugar, may help people lose about five pounds on average. And while that modest weight loss improves diabetes and its complications, larger losses are even more beneficial.

Two relatively new diabetes drugs, semaglutide (Ozempic) and tirzepatide (Mounjaro) can help people shed up to 15 to 20 pounds, respectively. They also lower hemoglobin A1c levels by as much as two percentage points. (A1c is a three-month average measure of blood sugar.)

"These drugs, which are given by a once-weekly injection, are quite exciting, and should be in the running as a first choice to add to metformin for people with diabetes and obesity," says Dr. Nathan. But because they’re very expensive (around $1,000 per month before insurance) and must be taken indefinitely, they aren’t realistic for everyone, he adds. In contrast, metformin costs only $4 per month.

Know your treatment targets. As in the past, most people with diabetes should aim for an A1c of 7% or less. Even if you don’t lose weight, reaching that goal reduces your risk for serious diabetes complications like vision and kidney problems and neuropathy, says Dr. Nathan.

Diabetes also raises your risk of heart disease. Target blood pressure is less than 130/80 mm Hg. Target LDL cholesterol is at least a 50% reduction (or reaching 70 mg/dL or lower). If you already have heart disease, the guidelines suggest an even lower LDL target of 55 mg/dL. "Many of the people I treat take cholesterol-lowering statins, and I often increase their doses to help them reach a lower goal," says Dr. Nathan. In some instances, a combination of cholesterol-lowering medicines can help lower stubbornly high LDL.