Strong study shows no link between vasectomy and prostate cancer

In the 1980s, reports began to surface of a potential connection between vasectomies and prostate cancer. This worried men considering vasectomies for birth control, but it was also controversial. Some studies detected an association while others didn’t. Harvard Prostate Knowledge last covered the topic in 2015, after the largest study to that point detected slightly higher risks of high-grade prostate cancer among men who had a vasectomy compared to men who hadn’t.

Now that study has been eclipsed by an even larger one.

Here’s how the analysis worked

For this new effort, researchers with the Mayo Clinic in Rochester, Minnesota looked through 53 studies with a combined 15 million men who had a vasectomy and were then followed for up to 24 years. The Mayo researchers also controlled for a potential bias that made some of the earlier studies hard to interpret: specifically, that men who get a vasectomy are more likely to pay attention to their health, including prostate cancer screening with a PSA test. Scientists had speculated that reported links between vasectomy and prostate cancer could have more to with screening results and early detection than with vasectomy itself.

To control for that possibility, the Mayo team stratified all 53 studies by whether their risk of bias was high, medium, or low.

They found that evidence linking vasectomy with prostate cancer was strongest in the more biased studies. And when looking at the low-bias studies — the ones that best accounted for the effect of early detection with PSA screening — the connection with prostate cancer was “negligible,” according to Dr. Bimal Bhindi, a urologist at the Mayo Clinic who led the research. Furthermore, the low-bias studies contained no evidence at all that vasectomy elevates risks for the high-grade prostate cancers that threaten survival.

“We synthesized three decades of epidemiological research on the topic and found no clear proof that vasectomy causes prostate cancer,” Bhindi wrote. “Nor do we know of any clear biological mechanism for how it could do so.”

“The current study is noteworthy for its sheer size,” added Dr. Marc Garnick, the Gorman Brothers Professor of Medicine at Harvard Medical School and Beth Israel Deaconess Medical Center, and editor in chief of HarvardProstateKnowledge.org, who offered a more tempered assessment. “However, retrospective analyses that try to sort out biases are always challenging. For now, the potential risk of prostate cancer should probably not dissuade an individual from having a vasectomy if that procedure is thought to result in the most optimal birth control method.” 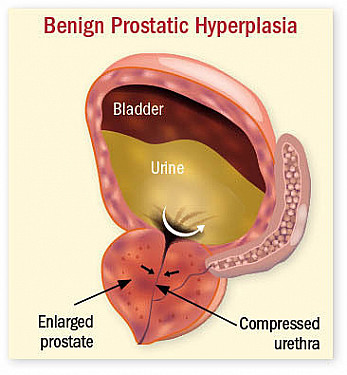 Steps to treating an enlarged prostate