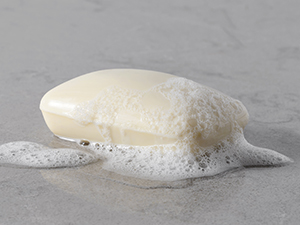 Do you shower or bathe daily? If you do, you’re not alone.

Approximately two-thirds of Americans shower daily. In Australia it’s over 80%. But in China, about half of people report bathing only twice a week.

In the US, the daily shower tends to start around puberty and becomes lifelong. But have you ever stopped to ask yourself why?

Perhaps your answer is: “because it’s healthier than showering less often.” Think again. For many — perhaps most — the daily shower is more about habit and societal norms than health. Perhaps that’s why the frequency of bathing or showering varies so much from country to country.

Are there reasons to shower every day?

Besides considering it healthier, people may choose to shower daily for a number of reasons, including:

Each of these has merit, especially considering that personal or work relationships can be jeopardized by complaints about body odor or personal hygiene. But what is considered acceptable in this regard varies from culture to culture. And some (perhaps a lot) of what we do when it comes to cleaning habits is influenced heavily by marketing. Ever notice that directions on shampoo bottles often say “lather, rinse, repeat”? There is no compelling reason to wash your hair twice with each shower, but it does sell more shampoo if everyone follows these directions.

When it comes to concerns about health, however, it’s not at all clear that a daily shower accomplishes much. In fact, a daily shower may even be bad for your health.

What are the health impacts of showering (or bathing) every day?

Normal, healthy skin maintains a layer of oil and a balance of “good” bacteria and other microorganisms. Washing and scrubbing removes these, especially if the water is hot. As a result:

And there could be other reasons to lose your enthusiasm for the daily shower: some people suggest that the water with which we clean ourselves may contain salts, heavy metals, chlorine, fluoride, pesticides, and other chemicals. These may cause problems, too.

The case for showering less

Overcleaning your body is probably not a compelling health issue. Yes, you could be making your skin drier than it would be with less frequent showering. This is not a public health menace. However, daily showers do not improve your health, could cause skin problems or other health issues — and, importantly, they waste a lot of water. Also, the oils, perfumes, and other additives in shampoos, conditioners, and soaps may cause problems of their own, such as allergic reactions (not to mention their cost).

While there is no ideal frequency, experts suggest that showering several times per week is plenty for most people (unless you are grimy, sweaty, or have other reasons to shower more often). Short showers (lasting three or four minutes) with a focus on the armpits and groin may suffice.

If you’re like me, it may be hard to imagine skipping the daily shower. But if you’re doing it for your health, it may be a habit worth breaking.