When trying intermittent fasting, both the quantity and quality of what you eat during your eating window matter. 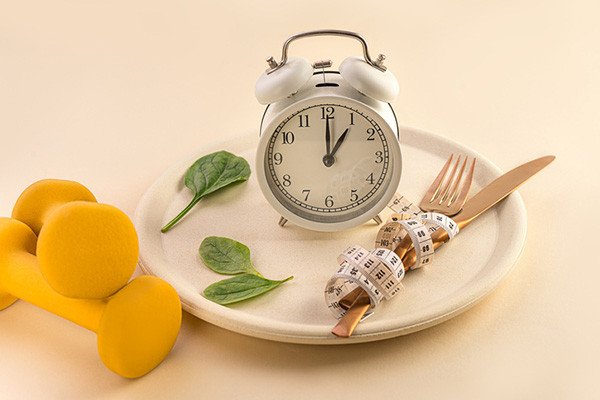 Intermittent fasting is a trendy topic that arises repeatedly in my clinic these days. I get it: restrict the time period when you eat, but within that time window eat as you normally would. No calorie counting. No food restrictions. Simple and flexible. In an on-the-go world, intermittent fasting has come into vogue as a potential pathway toward sustainable weight loss.

What is Intermittent fasting?

Intermittent fasting (IF) has become a catch-all term for one of the key levers in our dietary pattern: timing. More accurately, intermittent fasting refers to an eating schedule that is designed to expand the amount of time your body experiences a fasted state. You achieve this by reducing the so-called eating window. The most popular time-restricted eating protocols (typically based on study designs) are explained in these previously published articles:

To start, consider a fed state that promotes cellular growth versus a fasted state that stimulates cellular breakdown and repair. Both can be beneficial or harmful, depending on the context (consider how cellular growth builds lean muscle mass and also spawns cancer). Many of our genes, particularly those that regulate our metabolism (how we digest and utilize the energy from food), are turned on and off each day in accordance with our innate circadian rhythms (our sleep/wake cycle).

We transition from a fed to an early fasted state several hours — five to six, on average — after our last meal. This often aligns with the time when the sun has set, our metabolism slows, and we sleep. However, in our modern environment with artificial lights, 24-hour convenience stores, and DoorDash, we are persistently primed to eat. Rather than obeying our circadian cues, we are eating at all times of day.

Plenty of research, mainly in animal models but also some human trials, indicates that your body experiences numerous benefits from being in a fasted state, given its impact on cellular processes and function. In a fully fasted state, your metabolism switches its primary source of fuel from glucose to ketones, which triggers a host of cellular signaling to dampen cellular growth pathways and increase cellular repair and recycling mechanisms. Repeated exposure to a fasted state induces cellular adaptations that include increased insulin sensitivity, antioxidant defenses, and mitochondrial function.

Given how much of chronic disease is driven by underlying insulin resistance and inflammation, it's plausible that fasting may help reduce diabetes, high cholesterol, hypertension, and obesity. And multiple short-term clinical studies provide evidence that intermittent fasting — specifically, time-restricted feeding — can improve markers of cardiometabolic health.

Is intermittent fasting a reliable strategy to achieve weight loss?

To date, the answer has remained murky due to the quality of the evidence, which often involves very small sample sizes, short intervention periods, varied study designs (often lacking control groups), different fasting protocols, and participants of varying shapes and sizes. The data on intermittent fasting and its impact on weight loss largely involves studies that employ the time-restricted eating methodology of intermittent fasting. A recent compilation of the evidence suggests that limiting your eating window might indeed help you shed a few pounds.

New research on IF as a tool for weight loss

To answer this question, the trial involved people ages 18 to 75 with BMIs between 28 and 45, notably excluding those who were actively participating in a weight-loss program or using medications that affect weight or calorie intake. Participants were instructed to follow a 25% calorie-reduced diet (1,500 to 1,800 calories per day for men and 1,200 to 1,500 calories per day for women) with a set ratio of calories from protein, carbs, and fats. In order to confirm adherence to the diet (a notorious challenge in diet studies), participants were encouraged to weigh foods and were required to keep a daily dietary log, photograph the food they ate, and note the times at which they ate with the use of a custom mobile app.

Half of the participants (those in the time-restricted eating group) were instructed to consume the prescribed calories within an eight-hour period, whereas the other half in the daily-calorie-restriction group consumed the prescribed calories without time restriction. All participants were also instructed to maintain their usual daily physical activity throughout the trial, to remove this variable and to isolate the timing of food intake as the only difference between the two groups.

After a full year, 118 patients successfully completed the study, with similar rates of adherence to the diet and composition of the diet between the two groups. Both groups lost a significant amount of weight: an average of about 18 pounds for the time-restricted eating group and 14 pounds for the daily-calorie-restriction group. The difference in weight loss between the two groups was not statistically significant, nor was there a significant difference in weight loss among subgroups when sorted by sex, BMI at baseline, or insulin sensitivity. The resulting improvements in blood pressure, lipids, glucose, and cardiometabolic risk factors were also similar between the two groups. This trial provides strong evidence that, all else being equal, restricting the eating window alone does not have a substantive impact on weight loss.

What does the new research on IF mean for you?

For most people (with notable exclusions of those who have diabetes, eating disorders, are pregnant or breastfeeding, or require food with their meds), a time-restricted eating approach appears to be a safe strategy that is likely to produce some weight loss, assuming you are not changing your current dietary pattern (eating more calories).

The weight loss effects of time-restricted eating derive primarily from achieving a negative energy balance. If you maintain your regular diet and then limit the time window during which you eat, it is likely that you will eat a few hundred fewer calories per day. If this is sustainable as a lifestyle, it could add up to modest weight loss (3% to 8% on average, based on current data) that can produce beneficial improvements in cardiometabolic markers such as blood pressure, LDL cholesterol and triglyceride levels, and average blood sugar.

One downside of IF: Loss of lean muscle mass

Finally, the weight loss achieved through time-restricted eating (which we often refer to interchangeably with intermittent fasting) is likely different than the cellular adaptations that happen with more prolonged fully fasted states. At this time, it is hard to determine the degree to which the cardiometabolic benefits of fasting derive from weight loss or from underlying cellular adaptations; it is likely an interrelated combination of both.

Nevertheless, it seems clear that in a 24/7 world of around-the-clock eating opportunities, all of us could benefit from aligning with our circadian biology, and spend a bit less time in a fed state and more time in a fasted state each day. 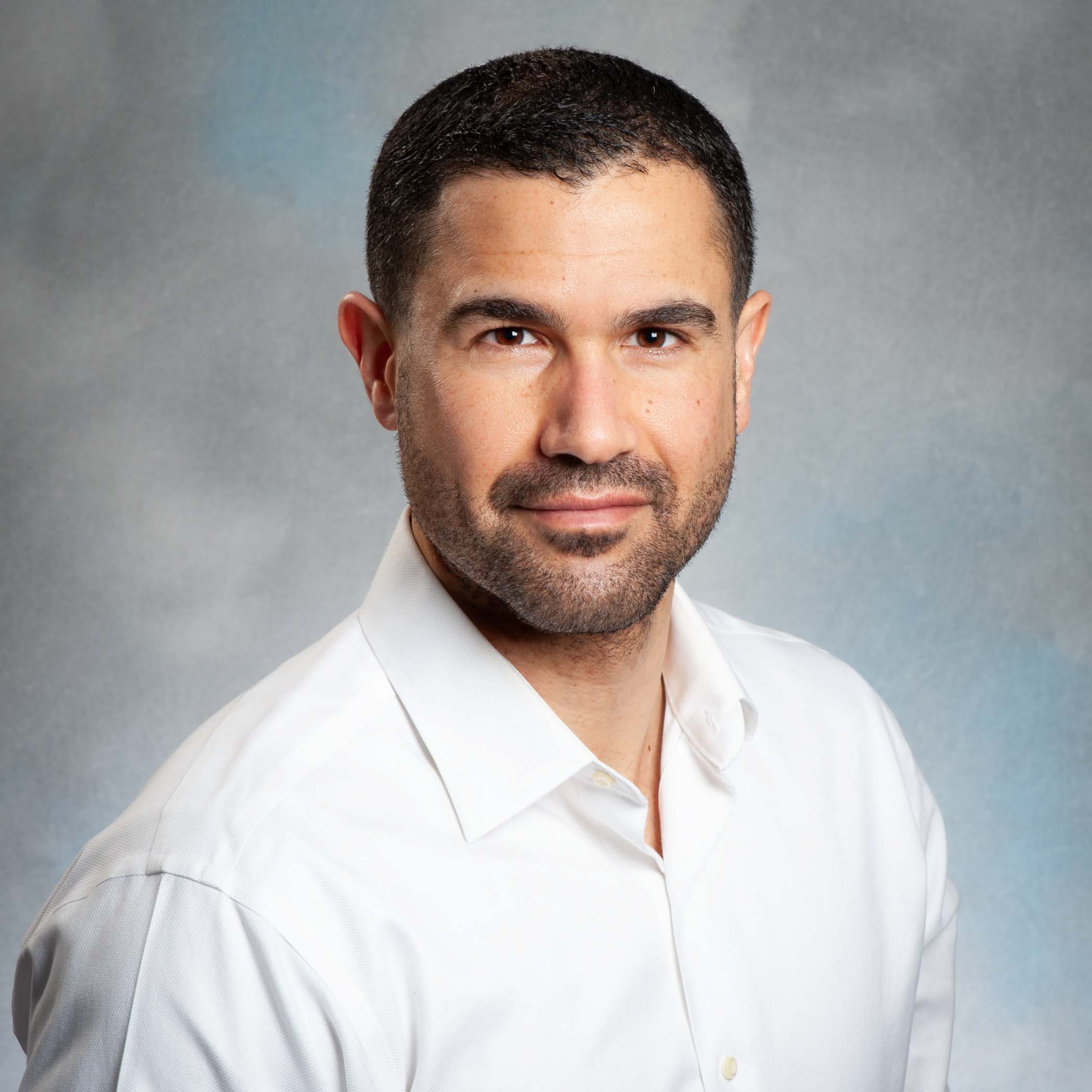