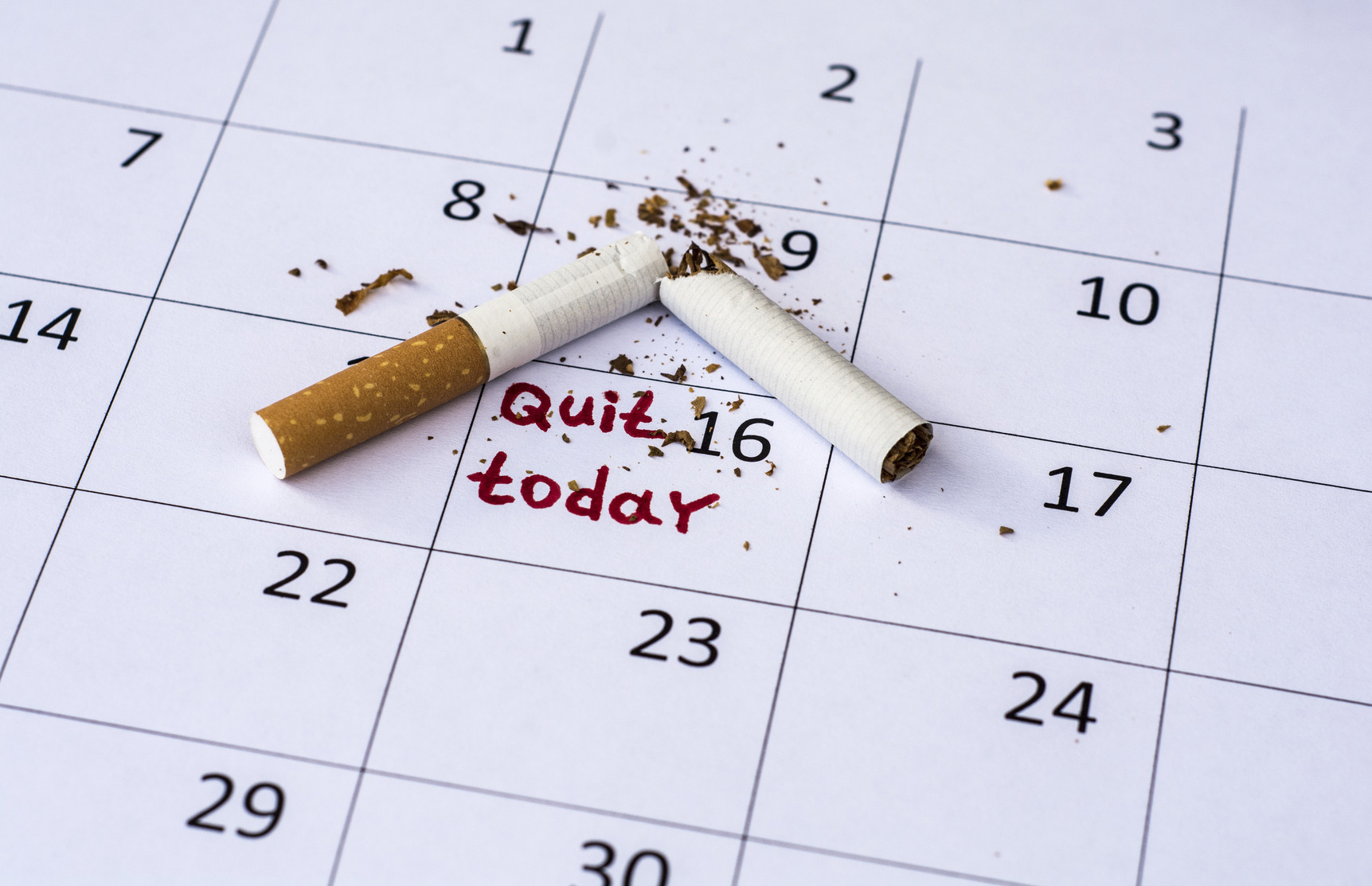 Nearly every woman will acknowledge that her menstrual cycle affects her mood and behavior. An estimated 85% of women experience premenstrual syndrome one to two weeks before her period, which may include moodiness, anxiety, irritability, or food cravings along with physical symptoms such as bloating and breast tenderness. Studies suggest that women are more likely to engage in addictive behaviors, such as cigarette smoking, in the first half of the menstrual cycle, that is the time between the start of your period and ovulation. The underlying reason is thought to be that the hormone estradiol (a form of estrogen) is higher in the first half of the menstrual cycle, and it promotes addictive behaviors such as smoking and relapse from quitting. In the second half of the menstrual cycle, the hormone progesterone is higher, and this protects against smoking and relapse.

Researchers at the Perelman School of Medicine at the University of Pennsylvania studied a group of women who wanted to quit smoking. They used a special type of MRI, called functional MRI (fMRI) to follow the activity in the parts of the brain that help control addictive behavior and tracked this activity throughout the course of the menstrual cycle. They found that in the first half of the menstrual cycle (the follicular phase, as the egg matures but before ovulation) there was less activity in brain regions that helps make good decisions and in the reward center. Conversely, these same regions of the brain were more active during the second half of the menstrual cycle. This finding suggests that women who smoke may be more successful at quitting if they set a quit date during the second half of their menstrual cycle when brain activity is more likely to support greater control over smoking-related urges and behaviors.

Smoking is the leading cause of preventable deaths in the United States. Women experience more severe health consequences from cigarette smoking compared to men – and find it harder to quit. If you are a woman and a smoker, work with your doctor to set a quit date, and discuss whether nicotine replacement, or medications that act on your brain to reduce nicotine cravings (varenicline (Chantix), bupropion (Wellbutrin) may help you with nicotine withdrawal and kick the habit (they double your chances of quitting). Be sure to have support to help you (hotlines, internet chats, smart phone apps, friend, nurse, doctor, or therapist) and a follow-up plan in place to check in, as all of these have been shown to help people stop smoking for for good.

Hi once again!… Dr. Hope Ricciotti…
.
In keeping with the UNDERLYING THEME of my previous comment, I thought it helpful to offer up the views expressed within the Google result, The Trend Of Killing News Comment Sections Because You ‘Just Really Value Conversation’ Stupidly Continues… and my subsequent response to same!… and, as follows…
.
To what extent does Digital Human Rights “factor in” to a site’s creation of a site’s Forum Comments Window? And for example, should a site (any site!) possess the power to arbitrarily remove a netizen’s comment log (a.k.a., clog!)!… like those found within people.com (and however extreme!)!… or, should site owners be “obliged” to adhere to a global, “professionally mandated” “Digital Human Rights Protocol (e.g., mandating the inclusion of an embedded ‘Digital Human Rights Software Package’!)”, when setting up a site Clog Window within one’s site (like mandating airbags, and seatbelts for cars!)!?
.
However one might view the extreme nature of the clogs being offered up at a people.com, the reality is, this is where our respective comment loggers are at! And to arbitrarily deny their expressions!… and however distasteful (yea, pathic!) these expressions may seem!… would be like a doctor refusing to acknowledge an expression of disease within a patient!
.
It is my position, that, ALL SEARCH RESULTS (regardless of the Search Engine being used!) SHOULD BE MANDATED TO BE W-E-I-G-H-T-E-D I-N-F-A-V-O-R-O-F R-E-S-U-L-T-S T-H-A-T A-L-L-O-W F-O-R P-U-B-L-I-C C-O-M-M-E-N-T-A-R-Y (and thus, compelling website owners to include a Clog Window within respective sites, in order for a website to be given “preferential ranking” within a Search Engine!… S-E-A-R-C-H E-N-G-I-N-E O-P-T-I-M-I-Z-A-T-I-O-N B-E D-_-M-N-E-D!!)! And also, we should eliminate the current practice of Search Engines, and/ or “CERTAIN” third-party “ELITE INTERESTS” from individually, or jointly “manipulating” “politically charged”/ “socially charged” commentary AWAY from “top billing (e.g., through ‘Search Engine Optimization’/ SEO algorithms!… and/ or, through other ‘Anti Search Neutrality’ and/ or ‘Anti Net Neutrality’ algorithms!)”! And!… simply because!… Search Engines, and/ or “CERTAIN” third-party “ELITE INTERESTS” feel, that “SUCH INTERESTS” are directly and/ or indirectly “adversely” politically/ socially impacted (by commission, and/ or omission!… directly and/ or indirectly evidenced!) by the otherwise “SEARCH ENGINE/ THIRD-PARTY ELITE INTEREST PERMITTED” “positional ranking” of such politically/ socially charged commentary! And thusly!… no “NEUTRAL SITE (i.e., a website having NO Comment Logging Window!)” should be allowed at the top of Search Engine search results rankings (E.G., CORPORATE MEDIA OUTLETS!)! UNLESS!… no comments have been MANIFESTLY PROVEN to have been made within the total number of the (then) “comments facilitating sites” listed within a given Search Engine’s search results (respective of a given search expression used!)!… OR!… the site does not lend itself to Public Commentary (i.e., the inherent nature of the website “LOGICALLY PRECLUDES” facilitating public discussion!)! This!… then!… will mean, that FREE DEMOCRATIC EXPRESSION will “hold sway” over any and all other “RANKING CONSIDERATIONS”, re the top ranking of Search Engine search results (AGAIN!… SEARCH ENGINE OPTIMIZATION MANIPULATION BE D_MNED!!)!
.
The next step, would be to address the Digital Human Rights violations inhere within the very design (or failed design!) of respective site Comment log/ Clog Windows (E.G., DENYING NETIZENS THE R-I-G-H-T TO COPY AND PASTE, AND TO L-I-N-K!… AGAIN, SEARCH ENGINE OPTIMIZATION MANIPULATION NEEDS BE D_MNED!)!… and, in addition to putting a stop to IP address theft, and manipulation (such as website and/ or Blog
Hosting “Blacklisting/ Blacklists”!… and, by site-embedded groups such as Spamhaus, Honeypot, and Stopforumspam!… and etc.!)!
.
Please!… no emails!