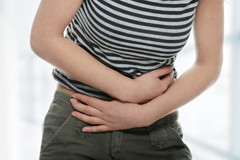 As I describe in an article in the August 2011 issue of the Harvard Women’s Health Watch, interstitial cystitis is a chronic bladder condition that causes recurring bouts of pain and pressure in the bladder and pelvic area. Individuals with the condition usually have an urgent and frequent need to urinate—sometimes as often as 60 times a day. The pain and discomfort can be so excruciating that only about half of people with interstitial cystitis work full-time.

Researchers with the federally funded RAND Interstitial Cystitis Epidemiology (RICE) study surveyed nearly 150,000 households in the United States between 2007 and 2009. Based on data gathered during follow-up interviews, the RICE researchers estimated that 3% to 7% of American women have bladder symptoms that could be interstitial cystitis. (The researchers focused on women because women develop interstitial cystitis about eight times more than men do.) That translates into three to eight million women possibly affected—far more than health experts thought.

Most of the women with symptoms of interstitial cystitis who were interviewed had seen one or more clinicians, and almost half had gotten a diagnosis of some kind. But only 9.7% were diagnosed with interstitial cystitis. The findings were published in the August 2011 Journal of Urology.

Just this spring, the American Urological Association published the first-ever clinical guidelines for diagnosing and treating interstitial cystitis. There’s little consensus on the best ways to treat this condition. But several approaches, alone or in combination, have been shown to help. These include: